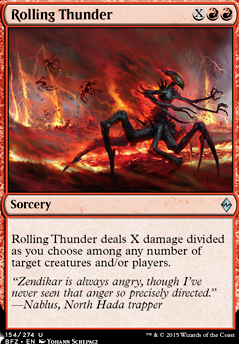 Rolling Thunder deals X damage divided as you choose among any number of target creatures, players or planeswalkers.

Swish Swoosh and Flick
by bombmer12

[PDH] Garna and Her Colony
by Spell_Slam 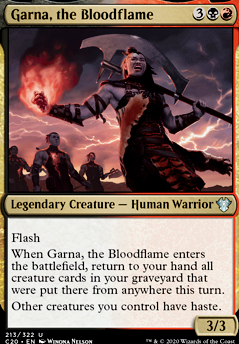