Whenever a creature you control deals combat damage to a player, you gain life equal to that creature's toughness. 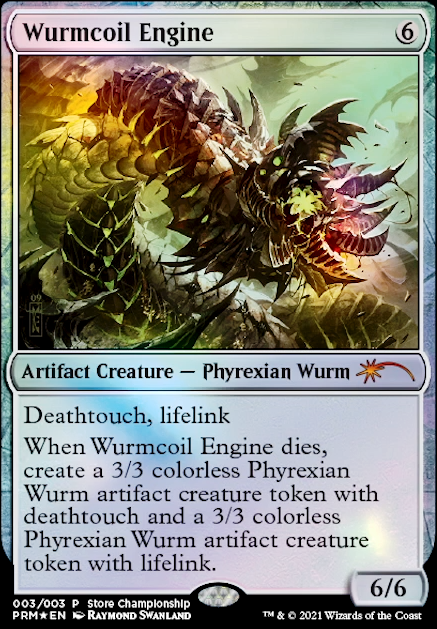 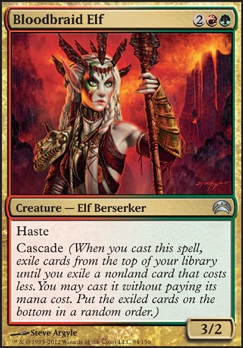 Legendary Wizards of Oz
by Thor_Naadoh

Big Butt So What?
by ClockworkSwordfish

ZendikariWol on Who are the Commanders you â¦

I love love playing against two kinds of decks:

1: Politics! I love politics decks- playing them, playing against them, they never fail to bring a smile to my face. The table collectively slaughtering the first player not to pass the Humble Defector is a very rare experience (and would probably get old if it wasn't) but in its scarcity is very amusing; making decisions that are undeniably bad but very interesting and chaotic is a great time.

2: Decks that I have or want to build: Krark, the Thumbless / Sakashima of a Thousand Faces infini-Krarks and spell tribal, Ludevic, Necro-Alchemist / Ikra Shidiqi, the Usurper clones, Prosper, Tome-Bound, I love looking at other people's takes on the decks I've built or want to build, it's just a great time, I'm always fascinated. I learn about new cards, can workshop things with the opponent, get a lot of cool insights on how to play my deck, and hopefully pass some on as well.

Also, just wanted to say, bummer we're all here talking about stuff we hate. Let's have fun and talk about fun stuff, we never do that!

brandonplaysmagic on Need a home for my â¦

A combo of Sidar Kondo of Jamuraa and Ikra Shidiqi, the Usurper could be fun for this! I had one that focused on life gain/tokens. Suit them all up with lifelink, cast your commanders to make them unblockable, and then swing out and double your life gain. Have your Soul Warden and Essence Warden to gain life with all those ETB triggers from the tokens, then throw in an Aetherflux Reservoir for extra power and a way to hose everyone down. What a super fun card though, no wonder itâs a favorite!

Brave the Sands for Branching Evolution

with proliferate is it worth working in Magistrate's Scepter?

KayneMarco Ikra Shidiqi, the Usurper could be a good one to move out for Vorinclex, Monstrous Raider her ability could help generate some life since things should be getting pumped up but it doesn't really fit into the synergy of the deck idea

I think the best partner for this really depends on when your gameplan ends up being.

I can see green as a good option for a 3rd color, for traditional enchantress reasons, and because green has a some decent options for filling the graveyard ( Satyr Wayfinder or Golgari Grave-Troll to name a couple), as well as a few options for tucking cards from your graveyard back into your library.

Blue is also a good option for a 3rd color and can also do everything you need to make your core gameplan work.

Of course, Thrasios, Triton Hero covers both of these colors.

Adding black opens up some good options, but, with the stated plan being mass enchantment recursion, I think I'd rather just run Ghen, Arcanum Weaver unless you wanted to use Ikra Shidiqi, the Usurper .

Anyways, I'd pick your wincon first, then pick the partners that work best for it. 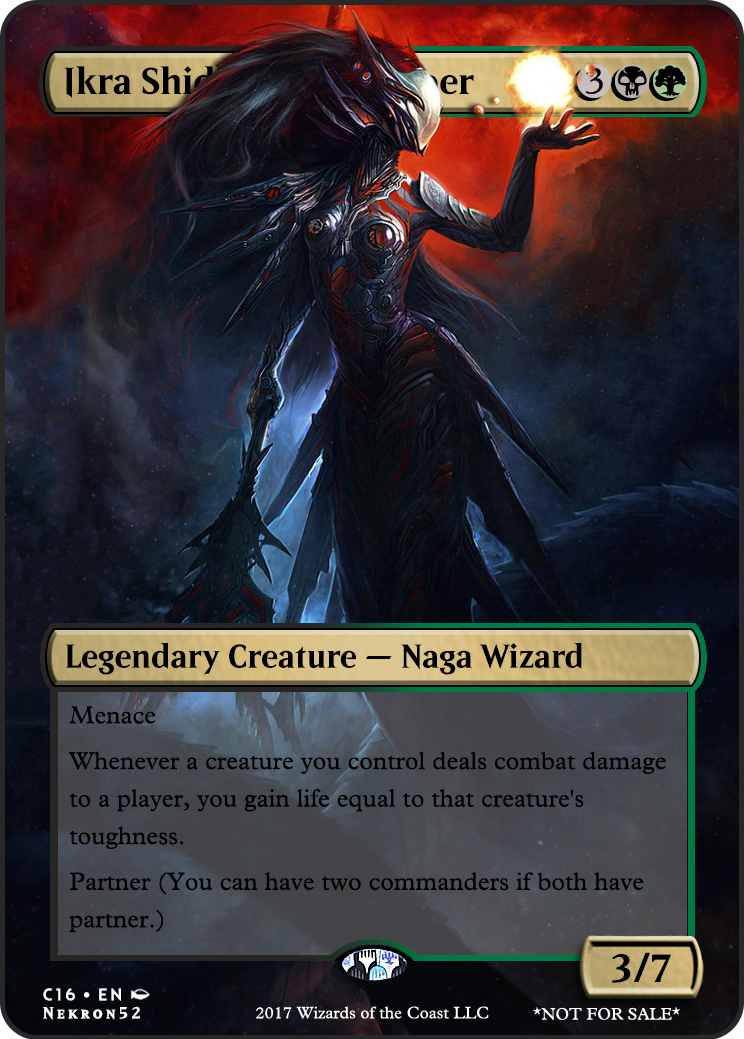 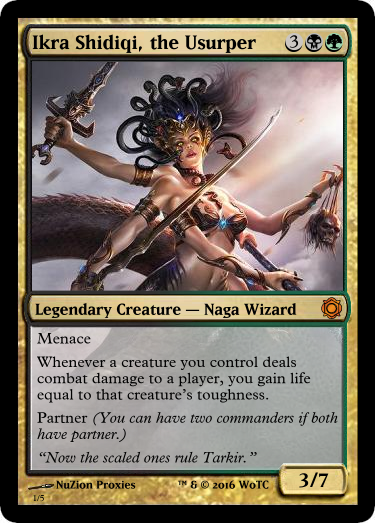 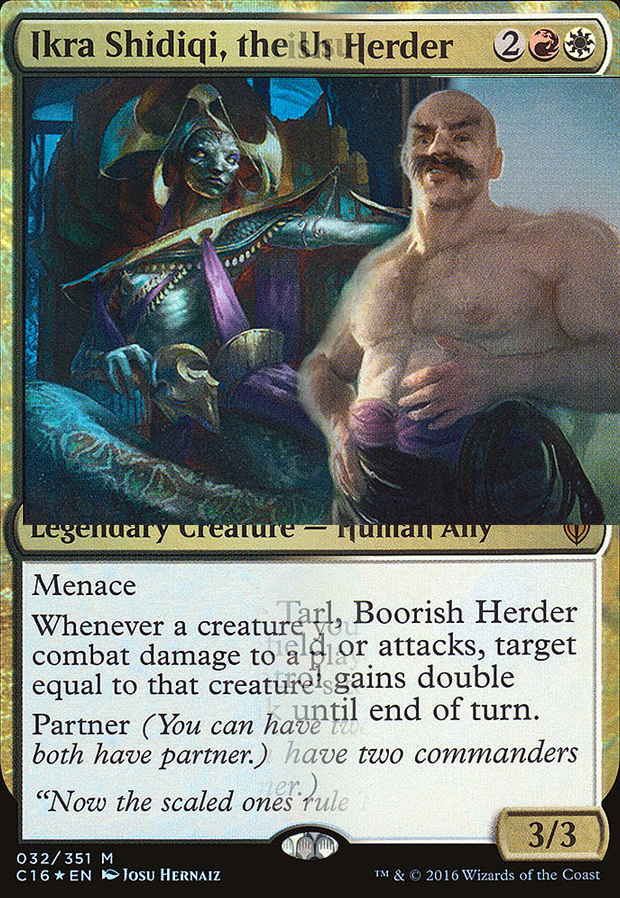 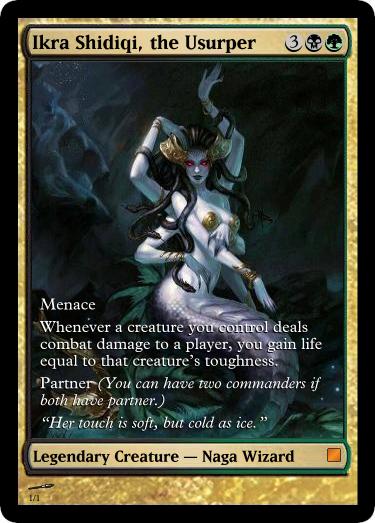 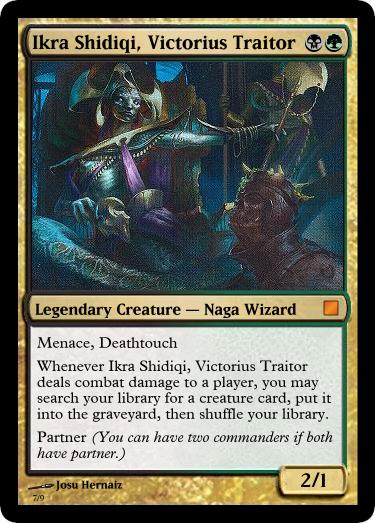 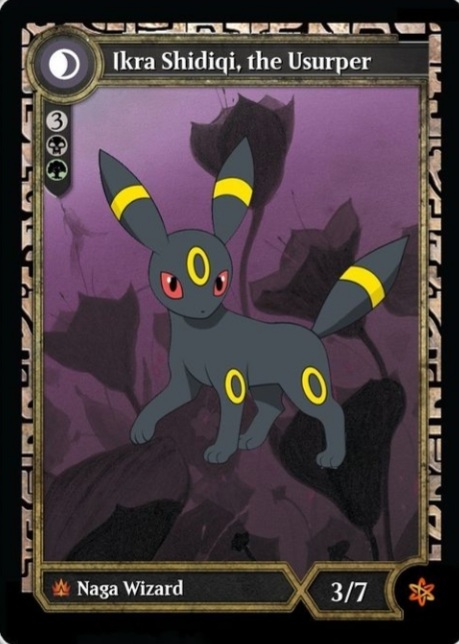