Each player shuffles his or her hand and graveyard into his or her library, then draws seven cards. If it's your turn, end the turn. (Exile all spells and abilities on the stack, including this card. Discard down to your maximum hand size. Damage wears off, and "this turn" and "until end of turn" effects end.) 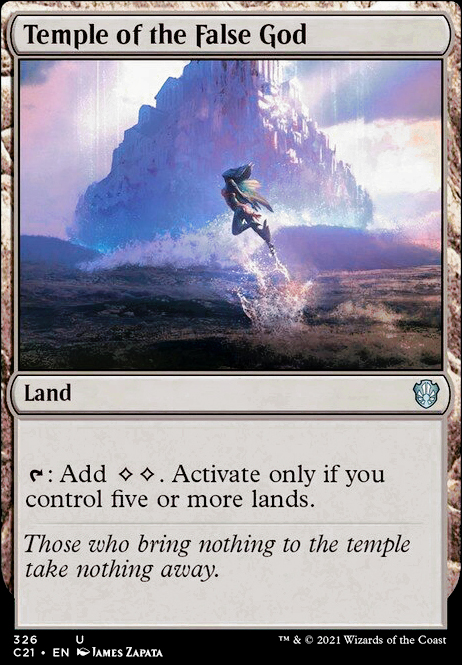 The cycle of life and death
by devyer 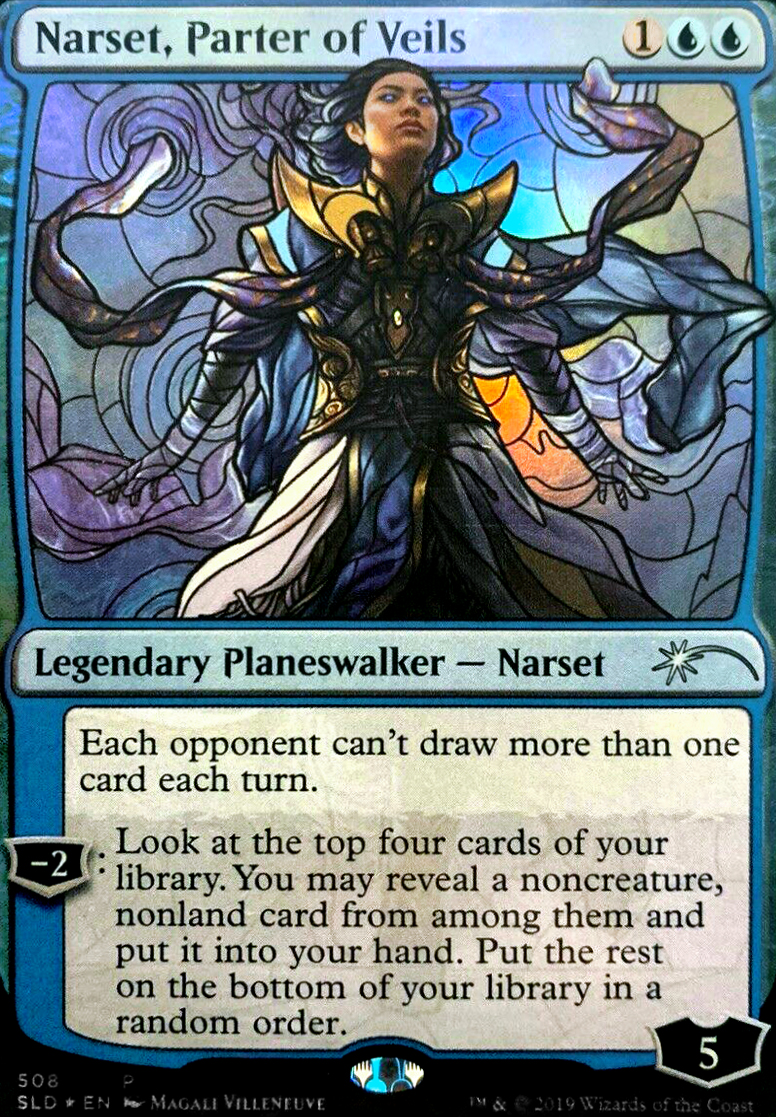 Thirst for Meaning and Thirst for Knowledge are both incredibly good cards, and if I know EDH I assume you're running at least a couple mana rocks and one or two enchantments you thought were cool. They also only cost 3 mana, which is great.

Additionally, Frantic Search is great to dig really fast, especially if you have a land that taps for multiple mana. Faithless Looting is just great, Brainstorm is a no-brainer, and there's a couple affordable wheels in Windfall , Wheel of Misfortune and Day's Undoing .

cheffireball Time Walk isnât necessarily terrible but you have to be mindful that you are resetting your Storm count when you take that turn. Iâve still used it with Mind's Desire in conjunction with Day's Undoing but that works more because the efficiency of wheels.

Brainstorm is more about the advantage over the selection. Treasure Cruise just isnât going to be cheap enough consistently enough to be as efficient as we need. Brainstorm is just a draw 1 but if it lets us go three deep and we can ring off something like a Mind's Desire or Paradoxical Outcome , we can usually just go right through whatever we have our back on top. Thereâs just nothing thatâs going to come close to Ancestral Recall .

I really ought to set up a discord for it. I only play it on untap. This is as far as my outreach goes on the matter with what time I have. I ought to look into it though. As much as the concept of the format may be viable, the support structure for it may not be. I donât know if a few discords is going to do anything real and I donât know that it needs to. What I find on untap is serviceable enough and maybe keeping formats grassroots like this is probably going to be better for the concept itself. I will look into the discord.

adw92: Oh yes, sadly the card price of Time Spiral exploded lately. I recommend to use Pull from Tomorrow , Day's Undoing or Magus of the Wheel instead, maybe Echo of Eons or Wheel of Misfortune could do the same.

Ataraxey Scry can help with reanimator, as it's a soft combo strategy. If you don't have the cards for reanimation on the top of the deck, shift them to the bottom. It's light, but you want to ensure your draws help the process out.

If you want Mob Rule , you might want to sub in some Narset's Reversal and other copy cards and even strive to reach Insurrection , but I've avoided that as taking away everything my opponent built could lead to them not wanting to play against the deck, which I don't want.

I'd probably swap out Day's Undoing for Final Fortune or Last Chance if they reprinted and Shallow Grave for Footsteps of the Goryo . There's a lot of strictly better cards in that sideboard but with old borders. I'd love to see them reprinted.

I would cut Day's Undoing as it does not actually work with Nekusarp. Because it ends the turns, it will exile any of the damage triggers so they will just wheel without taking any damage.