Esper Charm occurrence in decks from the last year 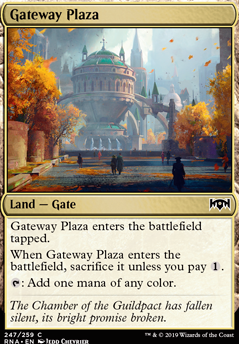 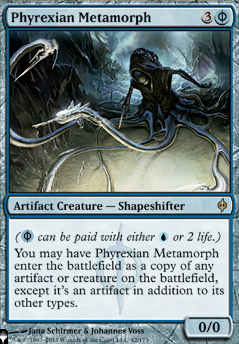 Zur, the mill deck
by gaetandraye

Hey dude, looking great so far. However, I think there should be a bit more card draw, and since you are self milling, getting the land drops you need could make your mid to late game difficult. Here are some suggestions:

Phyrexian Arena - this is a great engine for card draw (2 cards every turn is huge) Esper Charm - Great versatility, card draw when needed. Diabolic Intent - Great tutor for your deck that fits theme and can sac small zombies. Phyrexian Altar - Works well with the effects of other zombie triggers and creates mana fixing/ramp when needed Crucible of Worlds - This is a great card as you can tutor it, cheap cost, and play ALL discarded/milled lands from your graveyard. Graf Harvest - One drop that gives all zombies menace and creation of zombies mid game. Crypt of Agadeem -This land is super OP in your deck as most creatures you have are black. Terramorphic Expanse - land tutors are good for 3 colors IMO. Fetid Pools - card draw through cycling and mana base. Dark Salvation - awesome effect and single target creature removal as well.

Iâll try to let the cards mostly speak for themselves.

Fact or Fiction - pick your poison.

Trespasser's Curse - would have been Hunted Phantasm if we were including creatures.

Increasing Vengeance - nothing if not excessive.

Psychic Surgery - Kederekt Parasite could also have gone here. Punishment for even the most mechanical part of the game.

NA - no planeswalker in these colors other than like Urza but thatâs kinda cheating and not accurate.

@abbatromebone I won't lie, the deck is still fairly close in structure as it used to be 4 years ago. The manabase is almost the exact same and will 100% change in that direction. Veto, spell pierce are the next in line with Archmage's Charm being considered (although very taxing on the manabase, will probably end up as Esper Charm 2-3).

I'd cut Esper Charm and Logic Knot for a set of Inquisition of Kozilek or Thoughtseize . Maybe 4 and 1, or 3 and 2. Looks good otherwise.

In testing I've found the mana with my current landbase to hit Archmage's Charm enough of the time to warrant further testing. I'm only running one copy atm because I think Esper Charm is better, but because of Snapcaster Mage , Search for Azcanta

Flip, and Narset, Parter of Veils

making it easy to find and double up on singletons, I want to continue testing with one copy just to see how it plays out in more actual matches.