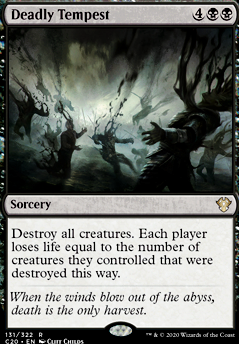 Destroy all creatures. Each player loses life equal to the number of creatures they controlled that were destroyed this way.

Deadly Tempest occurrence in decks from the last year

Karlov of the Pain
by Z1GGGY 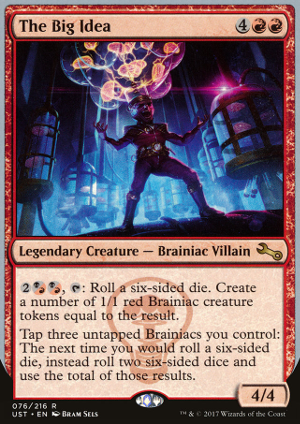 Among the other suggestions here I'm adding Deadly Tempest . It provides a board wipe and a loss of life.

I'd improve the quality of your board sweepers. Damnation is the poster boy but is expensive. But Deadly Tempest Or Life's Finale both do a great job.

I would also suggest Finale of Devastation it's an auto win card with avenger of zen. Torment of Hailfire is just devastating at pretty much any point in the game