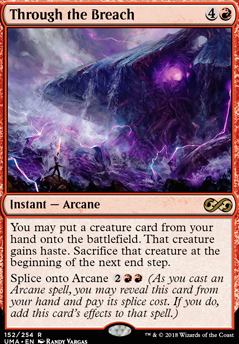 You may put a creature card from your hand onto the battlefield. That creature gains haste. Sacrifice that creature at the beginning of the next end step.

Across Time and Space [Primer]
by zapyourtumor 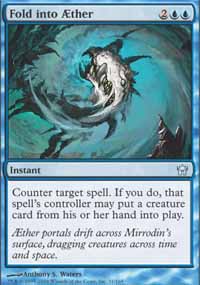 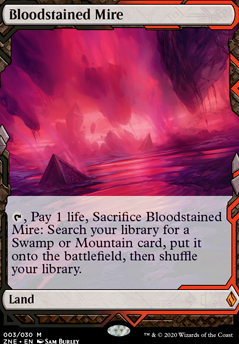 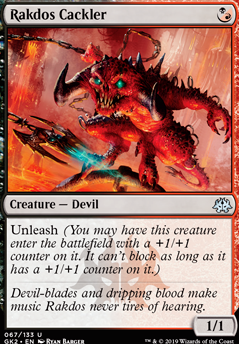 Through the Breach Discussion

You might want to look into cards like Elvish Piper or Quicksilver Amulet if youâre trying to cheat in Emrakul. Hardcasting is exceedingly slow for Modern, and while Through the Breach works, you have to inevitably sacrifice her and wait to try again later.

When cast, creatures are spells too.

"302.1. A player who has priority may cast a creature card from their hand during a main phase of their turn when the stack is empty. Casting a creature as a spell uses the stack. (See rule 601, 'Casting Spells.')"

Therefore, an effect that counters any spell (such as Render Silent) can counter creature spells. There are some ways to get creatures onto the battlefield (or "summon" them if that's the terminology you prefer) without casting them. One way is to cheat them in from the hand using something like Through the Breach or Elvish Piper. Another is returning them from the graveyard with something like Hell's Caretaker or Reya Dawnbringer. All of these creature "summon" effects can't be countered by Render Silent, although the cards themselves can be. In practice, that means a Through the Breach could be countered by RS but if Reya Dawnbringer has already resolved, her triggered ability can't be. The important thing is that these cards don't use the word "cast" as that would imply the creature is being played as a spell. Something like Skaab Ruinator would still be counter-able since it is still being cast, even if not from the hand.

It's also worth noting that instants and sorceries don't have to target anything to get countered. A Vengeance and a Wrath of God are equal in the eyes of most counterspells. Only a more narrow counter like Confound cares about what the other spell targets.

Moderns a very fast format. You're going to want some interaction like Lightning Bolt or Abrade. Additionally, maybe Through the Breach could help you get your pay off on the board and leaving you with a couple 6/6 beaters if all goes well. Maybe consider adding in some black for Changeling Outcast and Fatal Push

This is something I've wanted to build for a long time, so seeing it makes me happy. I can see a turn 3 win. It doesn't look reliable though for a couple of reasons. 1. Only footsteps to reanimate and 2. no way of getting hulk into your hand to discard. In a nutshell you're playing reanimator, so getting hulk into the yard/play needs to be a big part of the plan. If you want to focus on getting him to the graveyard more then, then you'll probably want more looting type effects. Consider these: Insolent Neonate, Goblin Lore, Thrill of Possibility, Burning Inquiry.

If you can work a few more discard outlets into the deck, then you probably need another reanimate spell or two to get hulk into play more often. You don't get the best option in Goryo's Vengeance because hulk isn't legendary so maybe Zombify?

Another option you could try to solve both problems at once would be to cheat it into play from your hand. Through the Breach doesn't seem to be very popular at the moment and might be able to steal a few wins here and there.

A third option you could consider to solve the finding hulk problem and getting it into play is Lukka, Coppercoat Outcast. With a disciple or viscera seer in play your pretty much guaranteed to hit hulk on the -2 ability. Even the + ability is relevant given your high creature count.

The only other things I feel like you should consider for the deck is more interaction and cutting out lands that come in tapped. Modern is a very fast format and letting your opponents do whatever they want could be very dangerous. The simple suggestion is Lightning Bolt and either more shocklands/basics. The basics would work with your blood moons in the side.

But these are my thoughts and hope they help. Good luck in hulking out.

i was at modern FNM playing against a blue moon deck. the guy plays Through the Breach into Emrakul, the Aeons Torn. im playing 5c slivers. i've got 31 life and a bunch of creatures. my buddy looks over from a few seats down and says "is that an emrakul?...oh you're fine". i respond "yeah i got this". my opponent looks super confused. he attacks, i sac 5 lands and my Aether Vial, and take the damage. my opponent is tapped out and i have lethal so i'm not worried.

he then starts to untap and draw. i stop him, and he claims he thought emmy's extra turn was an ETB. i tell him to just pull emmy back out of his deck and read his own card. he refuses. this is how i know he's cheating. so we call the judge over. i get my turn back, draw and immediately swing for game.