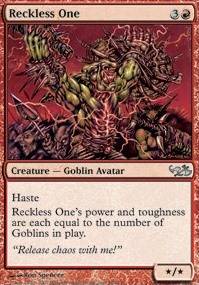 Reckless One's power and toughness are each equal to the number of Goblins on the battlefield.

Over the Weekend Budget Red/Blue Goblins
by DrummerGarrett 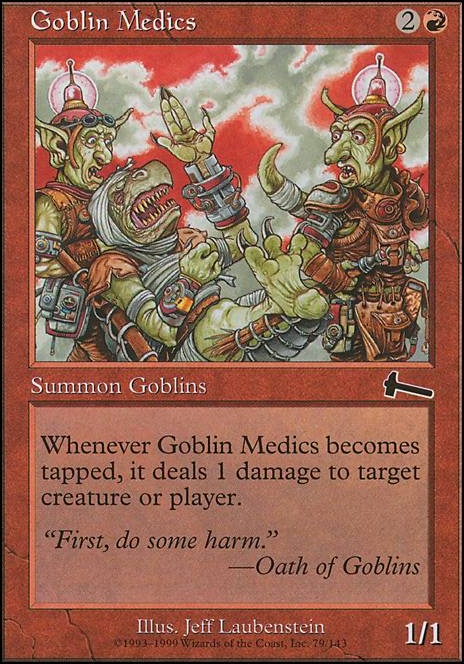 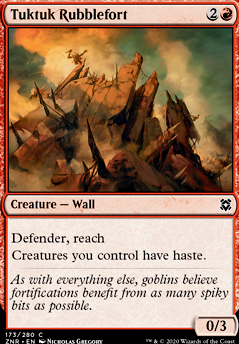 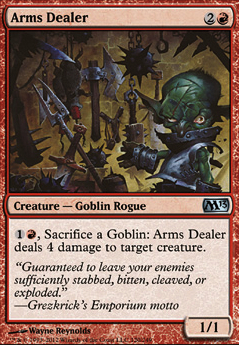 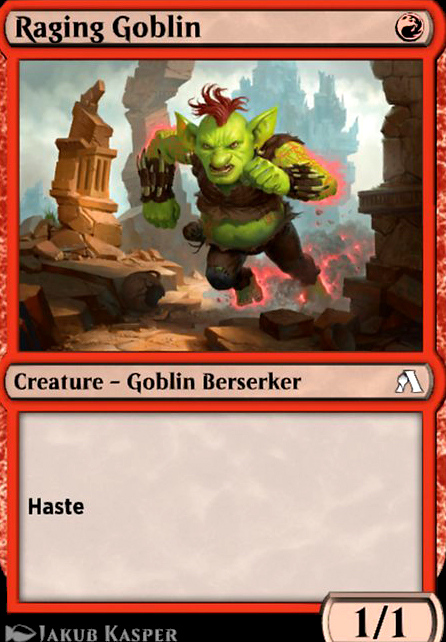 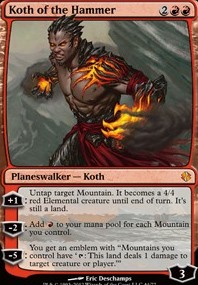 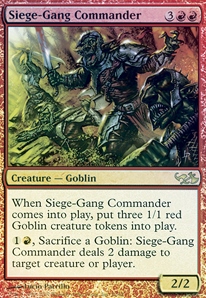 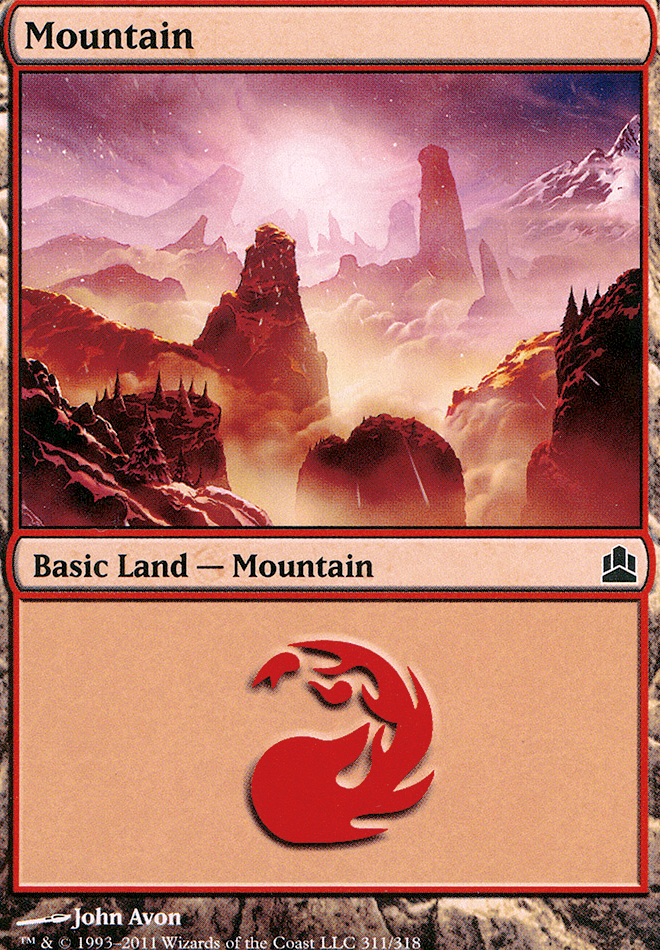 DemonDragonJ A couple of thoughts here.

First, I personally would be surprised if any variant of Exquisite Blood gets printed. There are a lot of "whenever you gain life, opponent loses life" cards, and any new EB would instantly create an infinite loop with every one of them. When Exquisite Blood was printed, it pretty much replaced Blood Tribute , which was the only option for Sanguine Bond loops for three years. That was it for a long time. Since then, SB got a lot of imitators for whatever arbitrary reason, but I think that WotC consciously chose one effect to reprint, to prevent Eternal formats (Modern and EDH, mostly) from becoming a mass of "gain life, lose life" loops.

For mana value, it's shorter and just as easy to understand than CMC (written out, of course), but there's one case that I constantly got hung up on, and there's no way I was the only one: Spells cost less.

A. "With Aluren and Goblin Warchief out, I play Reckless One for free."

B. "You can't do that, Reckless One 's converted mana cost is too high."

A. "But Goblin Warchief makes it cheaper!"

B. "That's not what converted mana cost means. CMC is the total of everything in the cost in the upper corner."

B. "No, it changes what you pay, not what it costs. Think of it like a coupon -long explanation that A forgets five minutes after the game-"

By uncoupling the word "cost" from two meaning, that side case is cleared up.

Another Shadowborn Apostle print would be nice.

Hey, thanks for taking a look! Krenko is a very a fun and easy commander, highly recommend, even budget Krenko decks can be pretty strong. For cards that change value a lot, Coat of Arms like you said, or creatures like Reckless One, I use two d10's on the card in question (3 if I go into the hundreds, rare but happens), but you do have to take a moment here and there to do the math, which can definitely be a pain if you have multiple cards like that on the field at the same time. Honestly, that's probably the hardest part of piloting this deck, the rest is pretty straight forward.

It seems your deck is missing some card draw so it doesn't run out of steam too fast. Now mono-red is a tough nut to crack regarding card draw - atleast I don't have much experience with it. But I would definetly cut Wily Goblin. You should look into cards like Magus of the Wheel and Skullclamp - with all your small creatures, a card like Mind's Eye might fit in.

These two goblins might interest you Reckless One and Skirk Fire Marshal.

Depending on your playgroup, you should look into some boardwipes/Removal like Mizzium Mortars.

I also see you have a lot of small pingers that deal small damage - maybe look into some equipment that gives deathtouch.

What Do You Mean They're Everywhere?!

This is pretty much the deck I have. Super cheap and easy to play. By turn 3 you can get krenko out and if no one keeps you pinned down you pretty much just win. I play my Krenko deck every once in a while because I know it works and people can get salty. I might add Skullclamp for draw, Reckless One for a big F-all card, Legion Warboss for a nice mentor card that also creates more goblins. This are my suggestions to put in your maybe board. Take a look at mine if you want to see another version of krenko EDH. I love that you put thornbite staff in, I bought one but don't have the heart to put it in my deck.

BMHKain on Krenko requests help for his â¦ 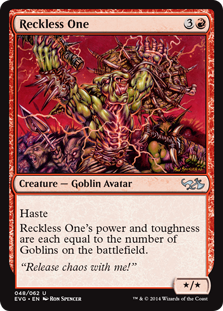