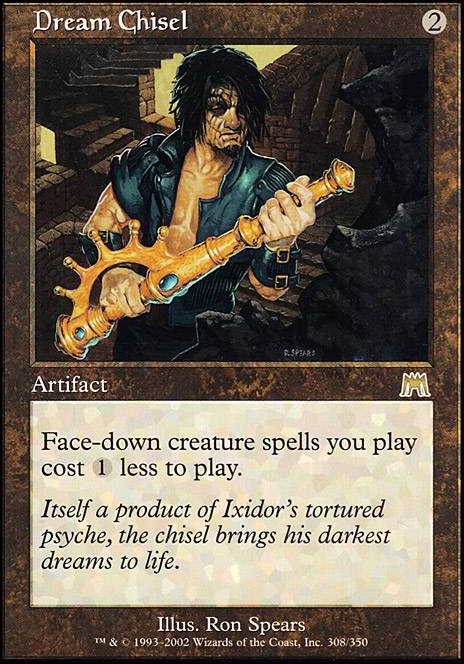 don't know if you're still using this but i found some stuff in yours i'm gonna steal.

also might wanna add Dream Chisel and Ugin, the Ineffable as both reduce the cost of morphs by 1 and 2 respectively

Thieving Amalgam is also a nice way to get loads of creatures on the board and get draws with kadena while maybe even getting some creatures that might be worth flipping up.

Looking good. You might also appreciate Dream Chisel as what is essentially a mana rock in that it can be dropped before Kadena's even in play, letting your third turn morph creature come more cheaply.

[zorros rage] yes, I had Curio in each iteration of the build, it pairs really well with morph, but also really anything so long as it isn't an artifact. Altar of the Brood puts in work, and can go infinite if I have Dream Chisel , Ugin, the Ineffable , and curio out. I haven't had any games yet where Plague was played, so that one is still up for the chopping block. Mystic Forge totally works, casting a morph facedown is a colorless spell, so it is just lovely.