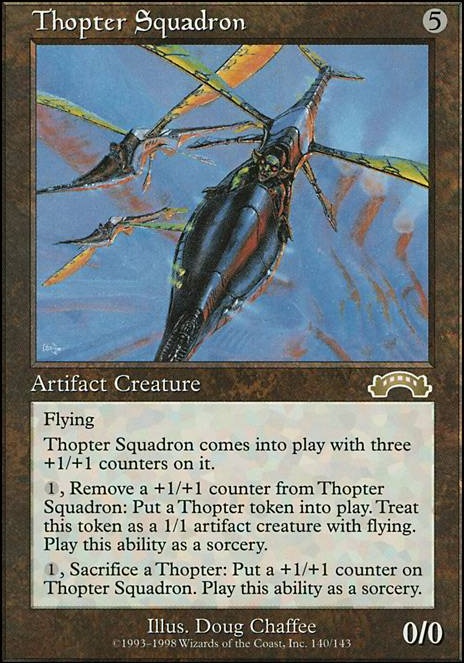 Thopter Squadron enters the battlefield with three +1/+1 counters on it.

, Remove a +1/+1 counter from Thopter Squadron: Put a 1/1 colorless Thopter artifact creature token with flying onto the battlefield. Activate this ability only any time you could cast a sorcery.

, Sacrifice another Thopter: Put a +1/+1 counter on Thopter Squadron. Activate this ability only any time you could cast a sorcery. 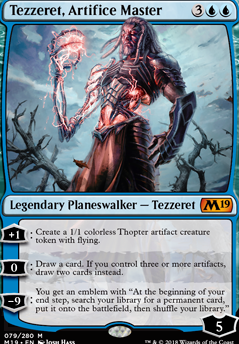 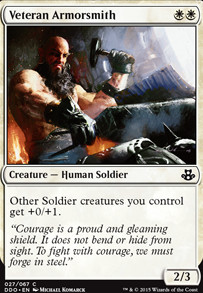 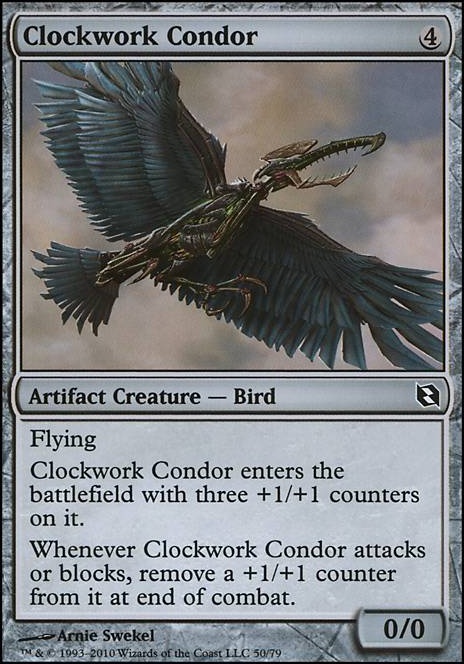 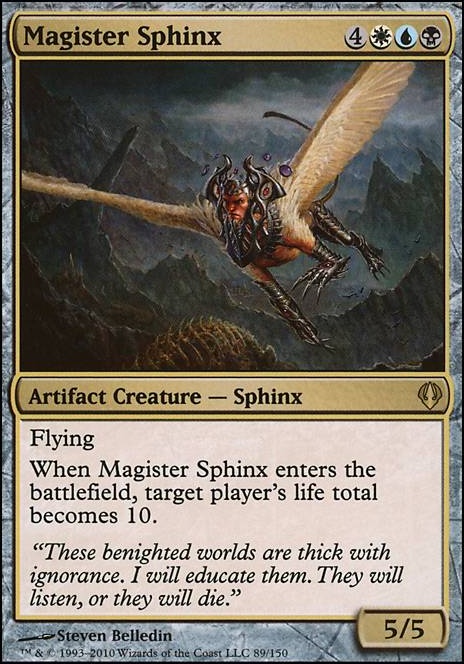 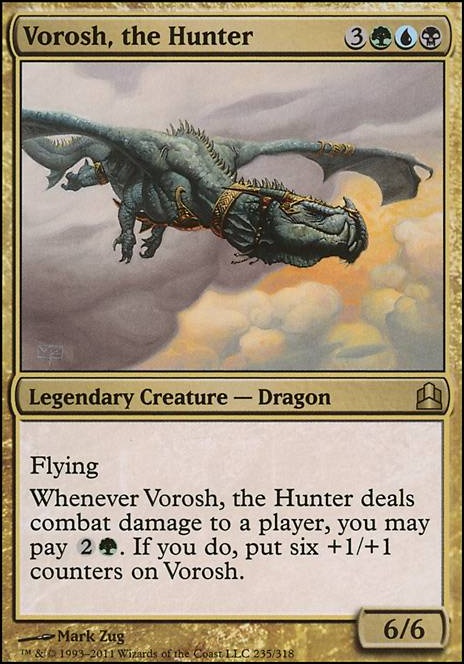 griffstick: that makes sense. And ignore what I said, I realised the stupidity of my comment.

While single target removal is an issue (there are the big 4 - Path, Swords, Shift and Unmaking plus a slew of others) I think the deck is going to want a bunch of sac outlets anyway via both creeatures sac outlets (eg Carrion Feeder) as well as artifact sac outlets and specialist sac outlets like Thopter Squadron so you should be pretty safe.

Thanks for the advice crabclaw.

I've seen a lot of people saying Sadistic Hypnotist is scary, but doesn't fit super well. He was a nice sac outlet enabler but I may cut him and put in Yahenni, Undying Partisan .

Thopter Squadron is in there to go infinite with an altar, zulaport, and annointed procession. Its a bit tough to pull off, but the token creation can help with a couple different cards.

Open the Graves wasn't originally in, however it was subbed in because both Requiem Angel and old teysa don't trigger on spirit deaths. Extra Skullclamp s are spicy, but I wanted to ensure more value when working with me other cards.

If you're looking for cards to cut to reduce your cmc, then:

Sadistic Hypnotist -- it's a nice effect, but you can't combo this, you don't have a reanimator shell, and you're not exactly a discard-focused deck. Is too dependent on other specific cards.

Just checking, as you may already realize this, but stuff like Smothering Abomination 's second ability will not be doubled by Teysa Karlov .

I'm not super sold on Seraph of the Scales as a commander card. I've not seen it played so I may not be the best judge.

Thopter Squadron is a combo with other cards, sure, but there are cheaper, more concise combos. Look at Nim Deathmantle + Ashnod's Altar .

Requiem Angel is good with Divine Visitation in particular, but is super-high cmc, and won't be helpful at all in the case that you just have the tokens from your Afterlife cards.

Several of your 5-6 drop enchantments and sorceries could easily be swapped. Martyr's Bond does a little bit more for you than Grave Pact , depending on if you have one of your three treasure-generating cards out, which themselves are dependent on other things in order to create any treasure tokens. Not sure if the potential synergy is worth it.

Black Market will be nice in some cases, but will otherwise result in either a) unused mana or b) a blowout if anyone points removal at it. It's too undependable a source of ramp, especially because it limits your usage of the mana to your main phase. That you don't have a reliable mana sink with which to use the mana is even less ideal. More efficient, consistent sources of ramp will work better in its slot.

Is Open the Graves better than Field of Souls ? I like the latter much more in that it gives you flying creatures that are also Skullclamp -able.

bwanabeast5 ok then add Thopter Squadron & Walking Ballista and you will have infinite tokens+mana+direct damage from ballista, and +1/+1 counters.

Cytoplast Manipulator + Freed from the Real

Full discretion its late at night my eyes are barely open this may need double checked.

I am posting a comment because of the Advertise your deck game forum. I can't see shit i would change there may be a few things i would say but I don't know what all synergizes with what. I mean it looks like everything goes together so who knows what taking one thing out does to 20 strategies. I guess though since i play a Ghave, Guru of Spores deck I have a good infinite colorless mana combo that you could use in this deck. It would work wonders with sacrificing. My combo is Ghave, Guru of Spores Ashnod's Altar Parallel Lives Cathars' Crusade you don't need the cathar's crusade but man does it buff everyone fast with the combo. The combo you can use is a little different. You have the token doubler Anointed Procession and Ashnod's Altar so you would need something like Thopter Squadron which you have a thopter card already so you could use them also to sac another similar card is Pentavus all have similar effects to Ghave, Guru of Spores

(please leave some feedback and comment what you think would work and upvote) My deck:

carpecanum Fair point! I might drop a few lands and try to work them in - but I want to keep Magosi, the Waterveil in, i feel like if that comes in early game, it could be a big plus late game. The storage lands i feel are pretty critical too for burst late game. Some of the cycle lands can come out to make room if need.

So - what do you think the major benefit of adding Thopter Squadron would be? Would that card be a better add than Nuisance Engine?