When Azor, the Lawbringer enters the battlefield, each opponent can't cast instant or sorcery spells during that player's next turn.

Whenever Azor attacks, you may pay . If you do, you gain X life and draw X cards.

Azor, the Lawbringer occurrence in decks from the last year 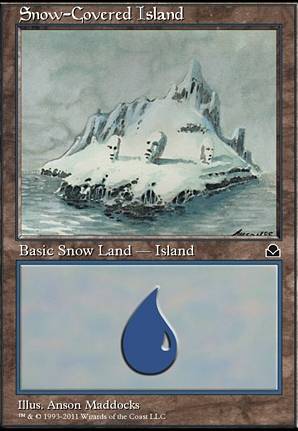 Azor, One Who Brings the Law
by Sampai2798 Gotta get dem gains
by Daemonslayer CaptainToll Oh thank you, this deck has pissed off so many opponents that they keep asking if im planning on playing it when ever we start a game.

Love your inclusion of Smothering Tithe and Azor, the Lawbringer, if i ever find smothering tide cheaper i will also include it.

You are right Gwafa Hazid, Profiteer can be slow, but has proven me quite helpful when someone with a massive creature plans on targeting me, also i kinda justify it's slowness to the fact that i try to make the game as slow as possible to begin with so i guess its fine, although if i find something better that i like i have no problem cutting Gwafa out.

Hey I love your Deck and I came to the conclusion to start my own Deck based upon yours. I will however include Smothering Tithe, Azor, the Lawbringer (flickered he locks opponents almost entirely from casting sorcerys), Aven Mindcensor, Hushbringer, Tocatli Honor Guard for some stuff. Gwafa Hazid, Profiteer for example seems to slow for my taste.

That Saga into an Oldwalker.

Azor, the Lawbringer (this is him after donating his spark to make The Immortal Sun)

Hey maybe consider Azor, the Lawbringer ? It could really mess with certain decks

king-saproling Thanks! It's definitely not Tier 1 (and I've noticed it suffers in multiplayer a bit because other than combat damage there's few ways to win quickly), but it's pretty decent in duel commander if you're not getting too cutthroat, and it's just fun in general. Pretty low on the scare factor too so you'll stay off people's radar. I've considered almost all of those cards, and still am really.

Out of all of them, Fireshrieker is probably the one I'd be most likely to add--I only opted for Duelist's Heritage because it's a bit more useful politically and doesn't take mana to equip every time.

Windreader Sphinx was a tough one to remove, but I usually find I don't have a ton of creatures to swing with anyway, so the draw power is negligible compared to the synergy of something like Unesh, Criosphinx Sovereign or Azor, the Lawbringer . Ditto with Gravitational Shift --love the card, but I've come to dislike anthem effects in general as I believe they're low-impact, and your opponents probably aren't getting hurt that much by the other effect. I also dislike Auras in general, which is why I steered away from Battle Mastery --the potential of getting 2-for-1'ed is very high, and it's the worst feeling.

Urza's Bauble is nice because you get to draw a card on top of the peek--but I took out Gitaxian Probe as well because they're both one-shot effects. I feel consistent ones like Telepathy and Glasses of Urza are better. However, I don't claim to be an expert. Just personal taste.

Glad you liked the deck though! And thanks for the suggestions.