Our mission in life:

To sculpt a perfect hand.

The only perfect hand,

Is an empty one "It's truly the highest honor, isn't it? To have cards in your hand? Pity for you."

Never thought there could be a competitive deck in standard that runs random, bad discard spells like Burglar Rat and Fell Specter , did you?

Well, the trick is, once you get the discard rolling, just don't stop! (I wonder where this reference is from ...)

Enter a Divest , three Duress es, four Thought Erasure s, three Disinformation Campaign s, and an Urgoros, the Empty One . Now we suddenly have a massive fifteen cards that force the opponent to discard in some way, which I think is the maximum that one can have in a 60-card deck.

The rest of the deck functions just like a normal Dimir control deck.

To beat the faster decks of the format, we have sweepers in Cry of the Carnarium and Ritual of Soot and good removal spells in Cast Down and Moment of Craving . Against slower strategies and planeswalkers in general, we have Vraska's Contempt as our best removal spell.

Discovery / Dispersal and Notion Rain offer us some card draw and selection, which will support us over the course of a long game. Both spells also have the surveil keyword, increasing the value of Disinformation Campaign .

While the random damage from Fell Specter is nice, to actually close out the game, we have four primary finishers in our deck: Three copies of Dream Eater and one Urgoros, the Empty One . While Urgoros simply reinforces the discard theme and draws us a card when the opponent has no cards in hand, Dream Eater is a perfect finisher in this deck for reasons not so obvious. First off, in the late game, when the opponent usually has no cards in hand, we can drop Dream Eater , bounce something, and then force them to discard it. Secondly, just flashing it in to eat a random attacker can be a huge deal since while our deck has a good amount of removal, it's not very good at setting up a board presence so we need to manage the board carefully. Finally, surveil 4 is great because in the late game we really, really dread flooding out.

Our sideboard is pretty regular, from most perspectives. An additional Moment of Craving and an additional Ritual of Soot take care of aggro decks while against slower decks, Disdainful Stroke , Negate , The Immortal Sun and The Eldest Reborn will get the job done. In control matchups in specific, Nezahal, Primal Tide is a very powerful finisher to bring in. Hostage Taker does great things in a multitude of matchups, since it can deal with powerful artifacts like Treasure Map Â  or The Immortal Sun , which is something that Dimir's isn't known for, and it can steal problematic creatures like Arclight Phoenix . Speaking of the Phoenix, it's the main reason why we have Sentinel Totem s in the sideboard. Against the recursive threat, our discard plan looks terrible since we may actually help them dump it into the graveyard. Sentinel Totem is the lowest-opportunity-cost graveyard hate card we have in standard right now, at least for Dimir (there may be some argument about Deadeye Tracker , but it costs mana to activate, which can be clunky for our deck). To round things out, we also have a single Unmoored Ego , which just acts as another out to potentially problematic cards, such as Carnage Tyrant .

Overall, the deck is a pretty fun take on Dimir control if you want a heavy discard theme, although I'm not sure whether it's really the best build out there. Still, for FNM play, this deck is more than enough ï¼It's even budget-friedlyï¼. The deck isn't flashy and doesn't really do mind-boggling things, but it's nonetheless very frustrating to play against. You'll often win a near flawless victory with the opponent on an empty battlefield and empty hands while you laugh at them with a full hand of cards and a random flyer repeatedly beating them down - just a word of warning though: The deck might lose you some friends.

Peace out and happy tapping. 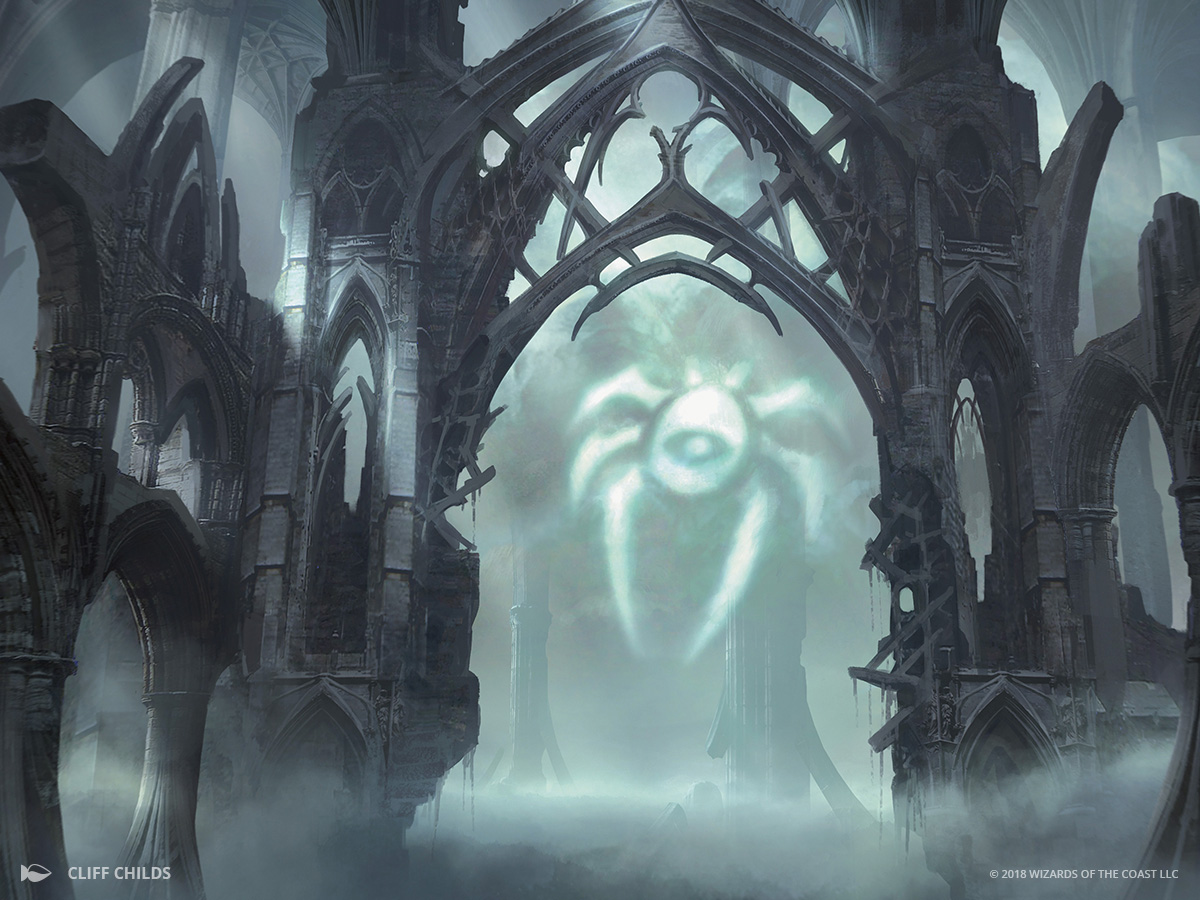 "Every hand dreads infiltration. I should knowâI've seen all of them."

Testing two copies of Tyrant's Scorn for a slight upgrade in removal.