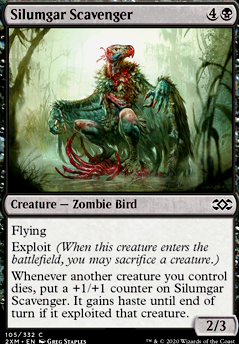 Whenever another creature you control is put into the graveyard from the battlefield, put a +1/+1 counter on Silumgar Scavenger. It gains haste until end of turn if it exploited that creature.