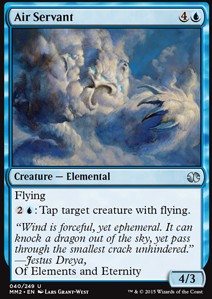 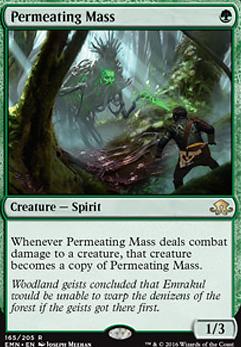 the deck of pure annoyance (or blue)
by lordtaco2sday 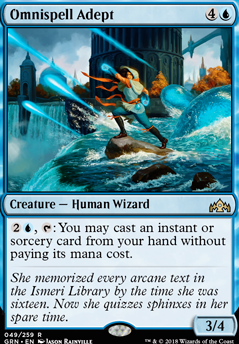 In addition to the Commander Anthology ones above, M16 printings for the following cards also refuse to be linked because the printings aren't found:

Mighty Leap is a trap card for new players. It is only useful in limited (draft/sealed formats). You want something that either removes your opponents creatures or draws cards. CARDS TO REMOVE:Glint-Nest Crane isn't a bad card but you do not have a high enough nor good enough artifact density for it to be worth running. The majority of the time you cast it it will say "put the 4 cards that could have helped you on the bottom of your deck in any order"Self-Assembler this is a card that is only good in limited or if you have other assembler creatures besides self assembler. since you aren't running either of the good ones it serves no purpose other then being an expensive card that doesn't do much. you need to axe all 3 of them.

CARDS THAT NEED TO BE IN YOUR MAIN DECKAerial Responder is one of your best creatures. you need to be running it main board. Aegis Angel may be expensive but she protects your best creatures that are vulnerable to removal you should run at least 1 main board. Nebelgast Herald Sadly you don't have enough good spirits to make this guy as powerful as possible, that said there are a lot of cheap spirits that you can buy even at the rare level for standard they would be the corner stone of a budget blue flyer deck. i'll try and make you a budget blue deck under 30 dollars in just a few minutes that i will send you. Experimental Aviator not only makes you more fliers he makes you artifact fliers that get better off of your Foundry Inspector and serpent.

Air Servant while he is expensive at 5 mana and his ability is expensive to activate the primary goal of any flier deck is to control the skies. There are a lot of powerful flying artifact creatures in standard right now. He can tap them down so they can't attack you or block you when you need them.