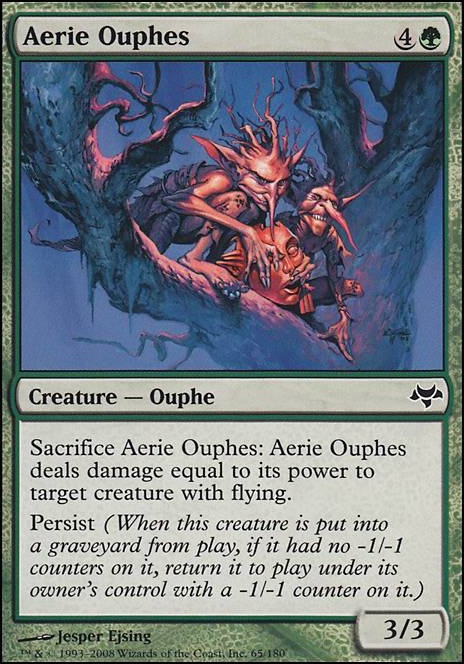 They Fight, They Bite
by Futuremonk

Would Aura of Silence be an upgrade to Forsake the Worldly ? Reusable by Sun Titan .

Loyal Retainers plays well with that Survival of the Fittest .

Since it looks like the deck is semi-budget I wonât suggest anything overly price but one card to start out with to add a tad more speed would be Ancient Tomb and it wonât exactly break the bank. Hereâs a few cards that would combo off of Mikaeus quite nicely

If you like any of these cards I canât offer any help as to what to remove for them because it seems you have this deck fairly streamlined as it is right now. If anything it would be a couple creatures but Iâm sure they all serve a purpose in this deck right now.

Hereâs a few card ideas to bounce around your head:

Have you considered Aerie Ouphes and other creatures with native persist?
Those ouphes with Mazirek will clear the skies on their own and put a infinite counters on your creatures as long as there is one creature with flying.
With Mazirek any creature with native persist with and a reusable sacrificial outlet will put infinite counters on your creatures and get and infinite byproduct of whatever the sacrifial outlet does, deck your opponents if it's the Altar of Dementia or get infinite mana if it's either Ashnod's Altar or Phyrexian Altar.

Tendershoot Dryad is an excellent token producer.
Smokestack should also go nicely in the deck If you have a lot of tokens.