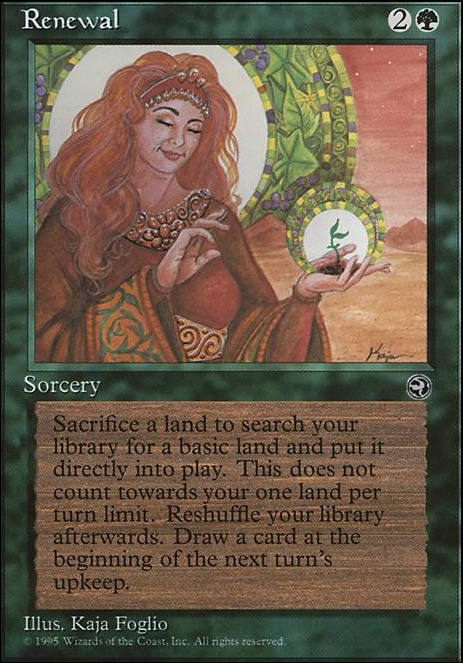 As an additional cost to play Renewal, sacrifice a land.

Search your library for a basic land card and put that card into play. Then shuffle your library.

Also, you have two copies of Deathrite Shaman here.