At the beginning of your end step, untap all Merfolk you control. 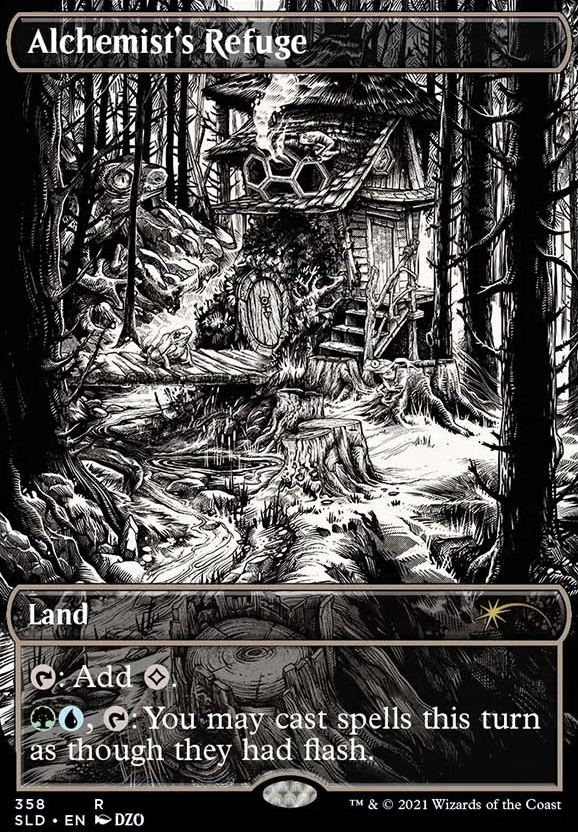 Check out my OnlyFins.
by Kmart756

Maybe an Esper Merfolk legend for all the White and Black merfolk from Lorwyn. I currently use Zur to search out Arcane Denial and tribal support enchantments, like Merrow Commerce and Etchings of the Chosen .

My Kumena deck is one of my favorite decks. Very different strategy (and colors), since it likes to go wide to abuse tap/untap effects, but isn't too control-y. But there are some cards that might be useful.

Salvager of Secrets works as both a Merfolk and a Wizard. Deeproot Waters is so good at rebuilding a board if I'm unable to protect it. It also really helps Lullmage Mentor go off, which could also be good with all the counterspells you got. Speaking of, something like Muddle the Mixture can work as another counter spell or a tutor for your many 2 drops.

If you have it or it's within your budget, Kindred Discovery can be a beast at drawing cards. The newer Reflections of Littjara can also really expand your board in really gross ways (making a token copy of Merrow Commerce feels so good in Kumena). If you can reliably get your merfolk tapped, Fallowsage is also very good, but that might just be me thinking of how much work he does with Kumena.

I think we talked about ditching Soul of the Harvest, a good replacement would be Jadelight Ranger. Some psuedo-draw or ramp with the relevant creature type.

Forerunner of the Heralds also seems sweet to get you any creature in the deck, plus it gets huge.

Also, I feel like Merrow Commerce is a must in this deck!

Cold-Eyed Selkie would be sweet in this deck and draw you a TON of cards.

Kiora's Follower Could be good too. Could untap a big Merfolk after you tap it for Kumena's abilty, or you could use it for politics, mana rock untapping, all sorts of cool interactions.

Surgespanner Would be pretty brutal with Kumena as well. You could tap it with Kumena, pay 1B and bounce a permanent.

You might try Quest for Renewal too, as it is everyone's upkeep you can activate your Commander again. Might be too fragile if there's a lot of enchantment removal in your meta though.

Tempest Caller is interesting too if you're going wide. Just 2BB and pretty much take someone out of the game.

Since your commander already has a card-draw engine built-in, some good options for card draw will be ones that take significant advantage of that. Seedborn Muse, Merrow Commerce (which incidentally can be tapped for Kumena's ability), Quest for Renewal, and Murkfiend Liege are the best effects that untap. There's also Intruder Alarm if you want to get a nice combo going. Might as well run Earthcraft at that point so you can play merfolk, untap merfolk, draw cards, untap lands, play more merfolk, and repeat.

If a creature or player has taken damage this turn, you may cast Blood Frenzied Shark as though it had flash.

Create a non-creature tribal card like Peppersmoke or Merrow Commerce