At the beginning of each player's end step, that player draws a card. If the player is your opponent and has four or more cards in hand, Fevered Visions deals 2 damage to him or her.

For clarification. There is no intervening if in Ludevic, Necro-Alchemist, it will trigger every turn, checking for life loss only on resolution. From the gatherer:

As their controller, you determine which order they will resolve, so you can have Fevered Visions resolve before Ludevic's or after. If Fevered Visions is the only damage or life lost by any player other than you (and resolves first), that player may draw a card.

Pikobyte I'm going to my LGS today to pick up Xenagos, the Reveler, Minds Aglow, Mass Hysteria, Guardian Augmenter, Whirlpool Warrior, and Spellskite. I think all of these are going to be great additions to this deck for the time being until I can find another Phyrexian Altar to slot in. I have one in Resurrection Insurrection but can't justify pulling out to put into Wheely Snakes just yet, I'd like to playtest with it first. Xenagos will replace Fevered Visions. I feel like the mana advantage that Xenagos will provide outweighs the extra card draw and 2 damage. I rarely play Fevered Visions anyway, I usually get it later in a game and have no need for the forced card draw since I'm usually wheeling by t4 t5 or t6. Minds Aglow will replace Prosperity, because exactly what you said in a previous comment. Mass Hysteria will replace Temur Ascendancy. It's easier to cast, and is the same haste enabler. I only have 4 creatures that would even trigger the 2nd ability of Temur Ascendancy so its gotta go! Guardian Augmenter and Spellskite will replace Niv-Mizzet, Parun and Niv-Mizzet, the Firemind. The Niv-Mizzets are hard to cast so I find more often than not, I don't cast them because I have a better option in hand that isn't going to cost nearly as much to cast. They are great when they are on the field, but I feel like protection and +2/+2 for Xyris is going to benefit me more often than the Nivs would. Lastly, I think Whirlpool Warrior is going to replace either Psychosis Crawler or Tribute to the Wild. Both are good in their own right. Psychosis crawler can be massive after a wheel or 2 and can put down some serious damage and Tribute to the wild is just fun, especially if an opponent's only artifact or enchantment is a combo or deck engine piece. Thats going to be the hardest cut decision on this round. Thank you again for your suggestions!

Just some u/r cards that I really like. None of them are expensive or need reprints but I would like them with a cool border or new art.

Hardhitta7, you're right. Opt would probably be more consistently competitive. Electrolyze is not worth the cmc.

Opt doesn't really thrill me though. I like a more interactive play style. You got me hunting out something better though. 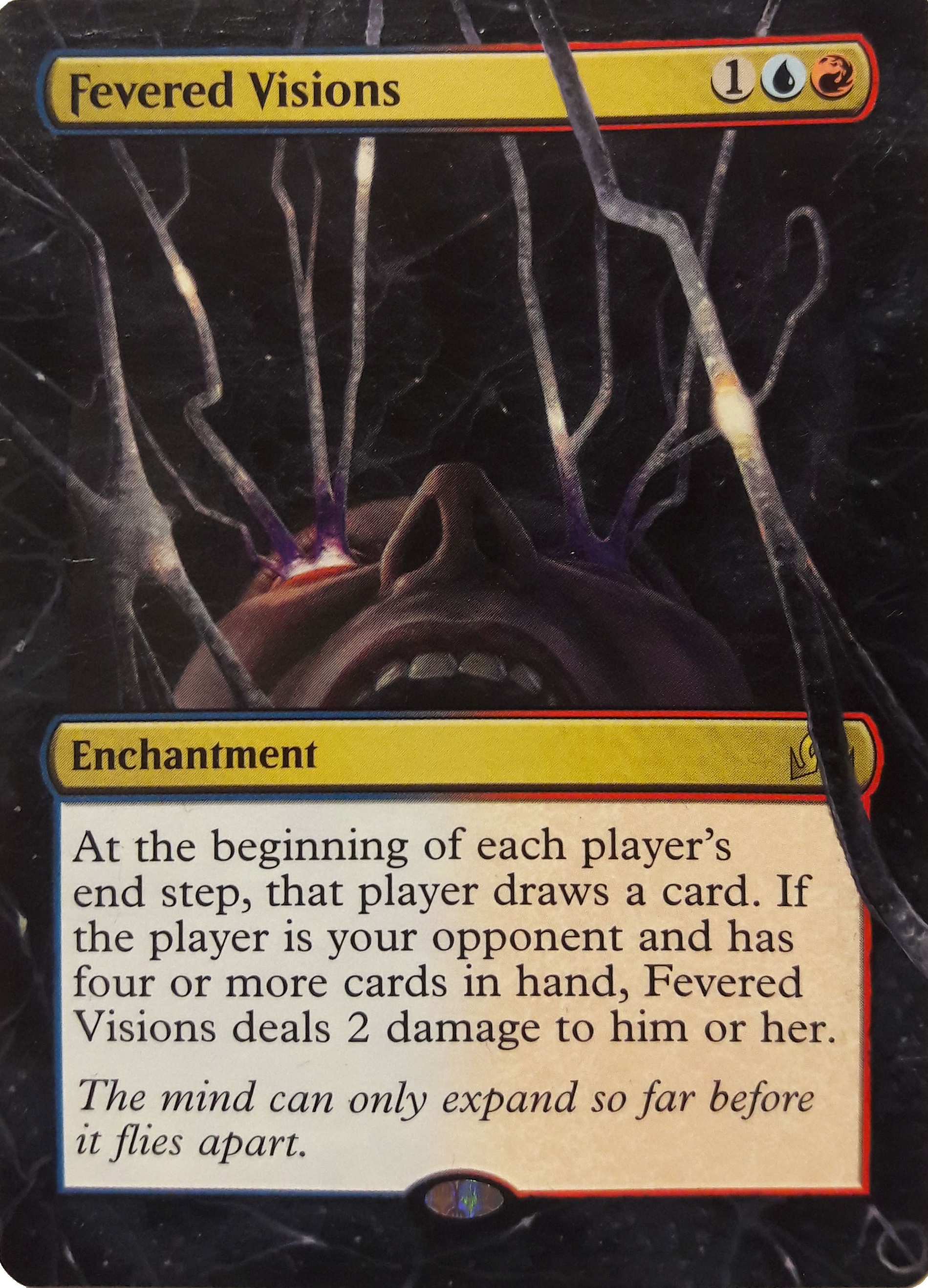 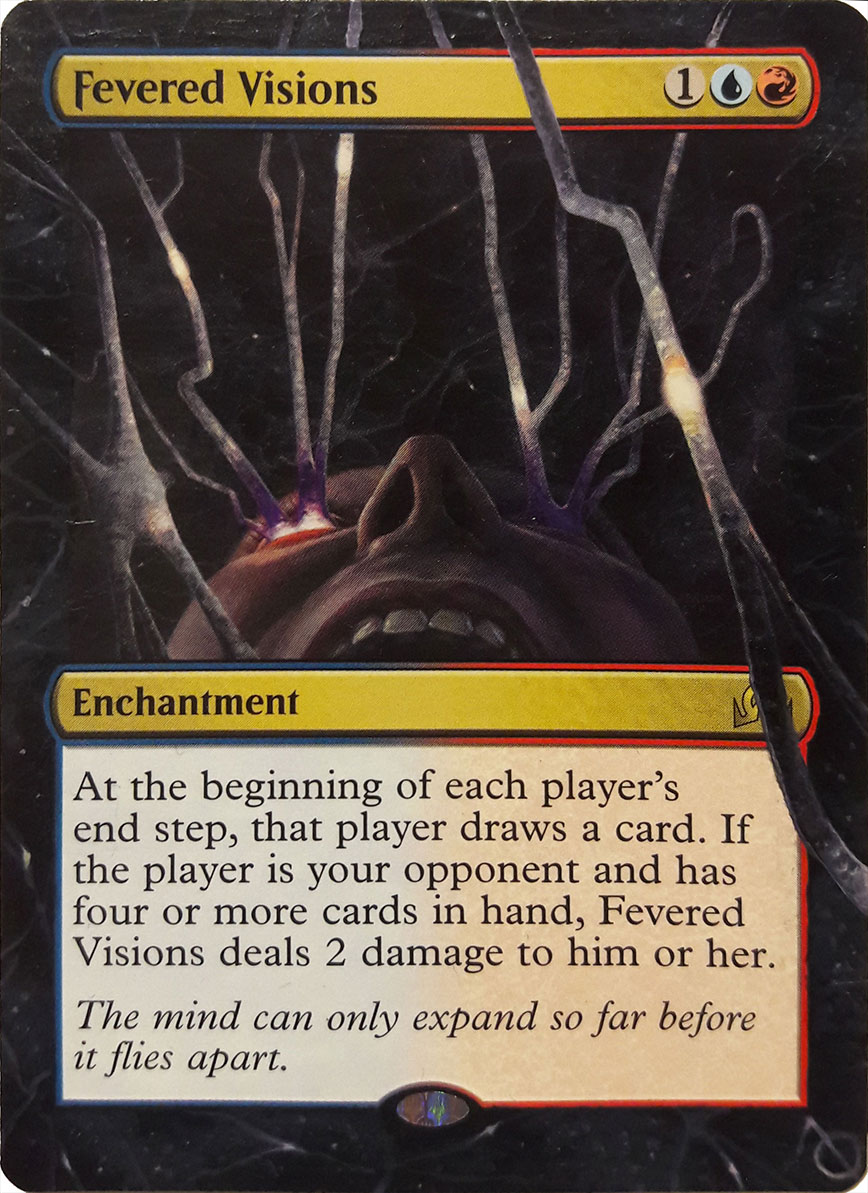