I started out back in Revised, playing mostly Gruul (way before Gruul was even a thing). I still have my favorite deck from then, with a bunch of well-played cards like Lightning Bolt, Kird Ape, Orcish Lumberjack, and Craw Wurm ... plus a Taiga I really wish I'd had the sense to sleeve.

I was away from Magic for a loooooooong time though, until michael921 convinced me to attend a Two-Headed Giant match at the Dragons of Tarkir prerelease. I selected a Kolaghan pack, cracked a surprisingly solid deck, had an absolute blast, and haven't spent a day without Magic since! As an aside, the prerelease experience was awesome ... I think it's the best way to introduce (or re-introduce) someone to Magic EVER.

I mostly play Modern, but I also enjoy Limited (especially Sealed), Commander, and Standard. I enjoy just about any deck that's got Red ... Izzet, Gruul, Grixis, and Naya are my favorite color combos so far.

My playmat image, from Winterflame

Hey, thanks for the upvote on Serious Martyr Proc!

clancheek,
That's great to hear, and I REALLY appreciate all the tips. I'm slowly picking up the rest of the pieces and will give the deck a go, for sure!

darbish85,
I'm not sure, but probably mostly for the meme or because they like the art.

In highly competitive play, Snow Basics are probably "strictly better" than normal Basics, because an early Snow-Covered Mountain could make an opp think they're playing Skred, or an early Snow-Covered Forest could make an opp think they're playing an Arcum's Astrolabe deck like Bant Snow Control or 5c Niv-Mizzet, and either may make the opp misplay ... or at least spend mental energy wondering what deck they're on.

Another factor is on MTGO, where they publish every distinct deck that's 5-0'd over a given period, and Wizards has defined "distinct" as at least 20 cards different between lists. So brewers hoping to 5-0 and get their list published will sometimes add Snow-Covered Lands and other random cards in their 75 to make a deck more distinct from others.

I don't honestly see either being an factor with this deck though. It frankly doesn't seem like a great deck for highly competitive play, and it's not like there are a bunch of other Assault Loam decks in the MTGO deck-dumps :-D

Thanks for pointing this out DemonDragonJ; I hadn't noticed it earlier. And yeah, Ashiok being "thrilled to discover" Phyrexians are real is almost certainly going to be a baaaaad thing for the multiverse ... though a good thing for us players :-)

I had to look up the story piece, so am putting it here for others: 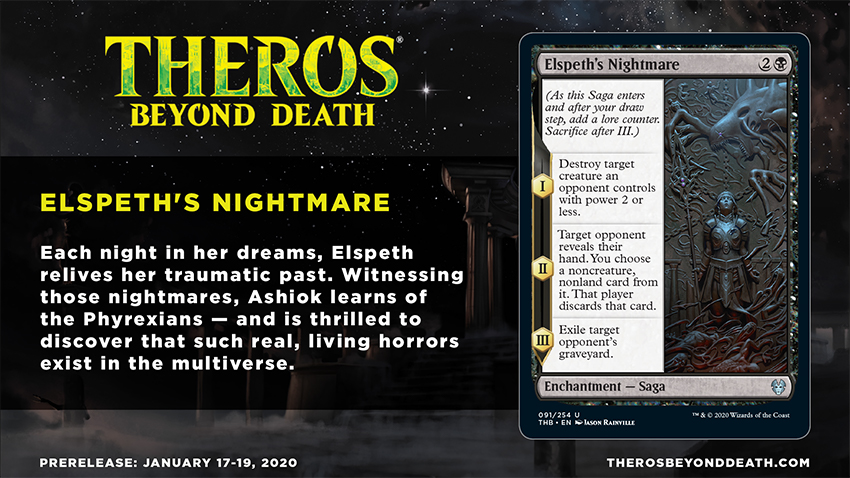 Hey all! I'm planning to sleeve up something like this for Tues Pioneer at my LGS, and would appreciate any thoughts/suggestions, especially on the sideboard:

It'll be my first time playing Pioneer in paper, and I'm not entirely sure what to expect (I've seen only a few decks at my LGS so far, and it seems like they're around 50% "meta" decks and 50% brews), so I need a broad "catch-all" sideboard more than a precisely tuned one.

Hey Epochalyptik, now that we have a Pioneer Deck Help forum, could you please post an official 'Advertise your deck' thread?

Pioneer is just now gathering some steam at my LGS. Decks I've seen so far include ...

FWIW, I plan to sleeve up either RG Electrostatic Pummeler or RG Goodstuff (feat. Collected Company ).

I know the current Australia brushfire season is the worst in living memory. Is there anything a Yank can do to help (except for "hope for rain", of course)? A reasonable charity maybe?

Shout-outs of course to Argy and StuBi ... hope you and everyone you know is suffering from nothing more than a smokey haze! :-/