All players play with their hands revealed. 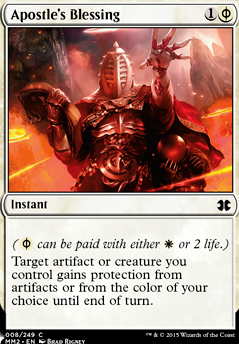 I Am Become Boardwipe - Isao Budget Deck
by demorome 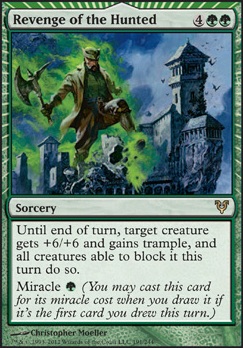 Ravenrose - Heya! I'll have to think about Gaddock. I love the flavor text and his role in their lore so I'll consider it down the road.

I agree one ramp spell is quite limited. I'll make room for them tonight when I get home and update. Pollen Lullaby is awesome! I've never seen that card. Definitely ordering a copy. I will look to see if I have copies of your other recommendations. They seem like fun (other than Revelation , I like a little mystery lol).

Thanks for the great ideas!

Gaddog Teeg would still be a worthy addition to the deck as one of the 99. I think you should consider Revelation , Dictate of Karametra and Otherworldly Journey . Pollen Lullaby is flavourful and totally on theme. Primal Command may also be of some use. One ramp spell is not enough. Explosive Vegetation , Cultivate and Peregrination are worthy ramp. Wild Pair ia a fun addition but not a mandatory one.

Hang on got one more

Revelation wait wait wait this is a green "all players pay with their hands revealed shouldn't be blue?

MagicalHacker I actually prefer showing my hand when running this deck; the entire idea here is to shift the flow of the game and make it fairly unpredictable or chaotic, and the kinds of things five color chaos can just have sitting in the hand and/or draw into also tend to be the kinds of things that force opponents to avoid optimal lines of play, opening them to more interaction. It's always amusing when I'm one blue/white off Dovescape and I watch everyone start dumping their key combo pieces right into each other's opportunistic removal and/or counterspells when I wasn't even planning on playing Dovescape yet. Revelation is also an Enchant World, which tends to confuse players the first few times they see it.

Zur's Weirding was the other revealing enchantment I ran, but sadly that card tends to translate to "players will be forced to discard anything that is not a basic land unless someone happens to have removal in hand or a way to cheat removal in" once used in a game with even one slightly serious player.

Fantastic, I like looking at all the great chaos cards in here while I take a break from my own deckbuilding lol

Would you like Telepathy as another copy of Revelation (that is also better since you don't have to reveal your hand)?

Yesterday, the possibility of bluffing strategies came into my mind. We all know that some card games usually include psychological strategies (Poker, etc.). In my opinion also Magic t.G.

So, what if we cast Revelation for instance, while we have a lot of removal spells in our hands. Would not create this a psychological pressure for opponents because they know that you can counter or remove their spells? Maybe this "remove-revealing" strategy could prevent them from playing their combos?

I have an similar strategy-example: My opponent played Vedalken Shackles, so I had the really huge problem to cast my Master of Cruelties but had no removal spells. This situation was very bad for me because he slowed me down and killed me with very simple life loss effects.

This leads me to an another point. Let us assume that we cast Seal of Doom and/or Seal of Cleansing instead of revealing our hand. I think this can create a similar effect. Would you prefere this strategy more than the first one?

Now my first question: Have you ever made experiences like that and if yes, with which cards?

Second question: This strategy can be very annoying I think - especially the hands revealing one. Would your playgroup accept it?

Last question: What is your opinion about this strategy?

Thank you for your time :)