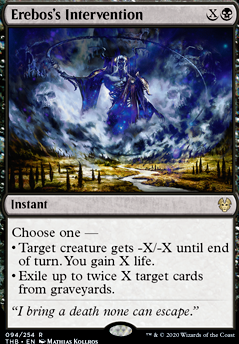 Any thought on other cards to cut? Again thanks for the help I can really use it!!

triproberts12 on Anyone out there?

Since you've found plenty of basic "how to build an EDH deck" content already, the next steps I would pursue are getting familiar with EDHREC and Scryfall. If you're just looking for those staple cards that you would have no idea of their existence, otherwise (Rhystic Study, Sun Titan, other stuff that hasn't been played in 60-card formats for a decade or more), just visiting the most popular cards section at EDHREC or the top cards for the commander you're building will give you a good idea of what cards are just GOOD. After that, pull language from the cards that are the focal point of your deck, and use the advanced search at Scryfall to look for similar effects, or language that would theoretically work with your gameplan. For example, if you were building Tariel, Reckoner of Souls, you might ask, "How can I make the creature I reanimate not random? Maybe limiting the creatures in the graveyard?" You'd then get on Scryfall, select white, black, and red under color identity, type "exile creature graveyard" into the box labeled "Text." Scrolling down, I see Erebos's Intervention, which has somehow not made it into Tariel lists, even though it seems like an excellent bit of graveyard hate with specialized applications to Tariel.