Whenever a Wolf enters the battlefield under your control, you gain 3 life and you may have that creature fight up to one target creature an opponent controls. 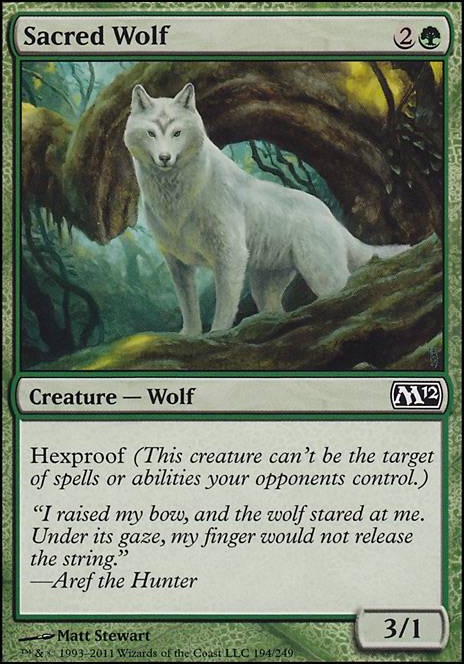 Who let the wolves out
by MarvTheMadKing

The lone wolf dies but the pack survives.
by wolfv88 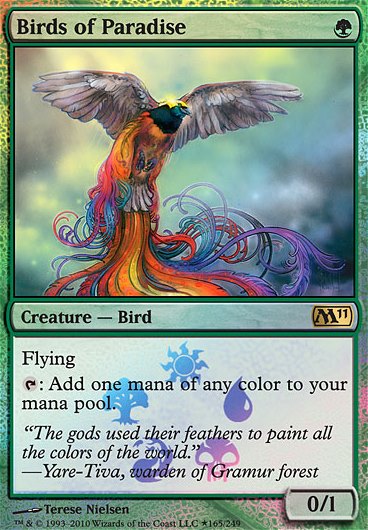 Trostani, Selesnya's Voice , Tolsimir, Friend to Wolves and Emmara, Soul of the Accord might be fun.

I know what you mean... I also just built a Tolsimir, Friend to Wolves deck just 'cause i think it will get a cool upgrade with next Innistrad's set. And yeah, I researched about Garruk Relentless Â Flip before and was pretty upset when I found I couldn't use him... But when I saw your deck, I was hoping I had a bad source about the rules

I just wanted to say that just because a Commander has not been literally just released, does not mean it has been "solved".

What I mean is, there are some older Commanders (both in and outside of these colors) which can be fun, competitive, adaptable, AND fairly unexplored.

The best example in my mind is Dragonlord Dromoka.

He can be built simply as a beatdown strategy and work fairly well, but, you can instead try building him as a heavy-handed infinite combo deck as well.

Effectively having Grand Abolisher as your Commander allows you to do your infinite comboing without any pesky interruption and win every single time you have the mana and cards.

And to boot, I've never actually seen anyone do it before. (I wanted to, but never did.)

And even if a Commander has been built by many people, many times, they may not have done it in all of the possible ways (styles of play).

Many people have made a Wolf-Tribal deck for Tolsimir, Friend to Wolves, but I haven't seen many people make a heavy blink/flicker deck for him, abusing the life gain with cards like Well of Lost Dreams and saccing the extra tokens with Phyrexian Altar.

Point is, I don't think the Commander has to have just come out to be unexplored/have unexplored avenues.

(A personal favorite of mine is Yasharn, Implacable Earth blink/lands matter.)

Natalbee, Our Tolsimir, Friend to Wolves deck lists are very different!
I really enjoy the Shielded by Faith tricks.
Here's the link to my Wolfslinger deck.

Manapool, The card Garruk Relentless Â Flip is / in identity and not legal for Tolsimir, Friend to Wolves.
Check out Tolsimir, Wolf-Slinger!