Whenever a Wolf enters the battlefield under your control, you gain 3 life and you may have that creature fight up to one target creature an opponent controls.

Who let the Dogs Out?
by AceTrace 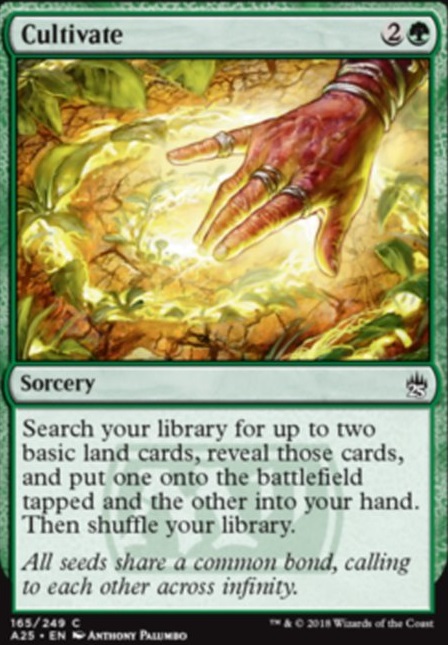 Horses are overrated
by Turtlemaster

Rhys (own version)
by LightningXIII

I have a Tolsimir, Friend to Wolves commander deck and was wondering if the Voja,Â FriendÂ to Elves legendary creature token he makes still counts as a legendary creature for purposes of using Konda's Banner on it. Would I be able to use it on Voja,Â FriendÂ to Elves because it's still a legend creature or does the fact that it's a token stop me in some way?

If I have Tolsimir and say, flash in a wolf (most wolves have flash) (at least in green)

You have 3 wolves, out of 7 creatures, in your Tolsimir, Friend to Wolves deck.

and then also blink Tolsimir with an Ephemerate

You have ~4 effects that blink a creature as a response.

The important mill cards are Grindclock and Otherworld Atlas.

I see a total of 5 mill cards in the whole deck. Have you thought about just how much mill you can actually do? Is it enough to actually win in, let's say less than 12 turns? Does it only win with mill if you draw 3 specific cards that ARENT wolves?

In my opinion, diluting both Mill and Wolves by trying to force them together. Am I saying its impossible? No. Will it be a mish-mash, pile of cards that never quite gel together? Almost certainly.

When you try to force two different archetypes together, you have to find the common ground they both share and build on that. That is the essence of Synergy! I see one synergistic card in the deck: Altar of the Brood. An OK mill card, that triggers well off playing lots of wolves/tokens and blinking.

You give up spaces in the deck for mill cards and take away from the Wolves element, weakening the deck. Or you give up spaces for mill for more wolves/fight, thus limiting how much mill you can do and calling into question Tolsimir as the commander.

Either both work together or both fail together.

Although wolves/puppers are my favorite tribe (loved the deck name), wolf tribal isn't exactly going to cut it a lot of the time in optimized metas. I would recommend commanders such as Talrand, Sky Summoner, as it can counter most decks by spamming counterspells, and can be built on a pretty low budget. If you want to keep the stompy/beatdown theme though, I recommend Goreclaw, Terror of Qal Sisma or Trostani Discordant, which even can play cards like Tolsimir, Friend to Wolves. I do wish wolves will get more tribal support in the future so they can become a more competitive tribe in commander. Really nice deck though!

Thanks! I could've sworn that I had Kiora's follower in there, but if not that's an omission. Loyal Guardian is an interesting one. I haven't seen that recommended yet. Also, yes Kalonian Hydra is an amazing card.

My friend's deck is Tolsimir, Friend to Wolves, which Kraj has a tough time with because his etb wolves target every creature that I put into play. So, unless they're hexproof, it's tough to gain a presence.

Actually Savvy Hunter serves a few purposes in the deck: It smooths out the curve, creates food and it draws cards. IÂ´ve played this deck for a long time now, and it is hands down one of the most valuable cards in the deck.

The deck honestly needs a high amount of food generation to keep it running smoothly, and while the Gilded Goose is a great generator, it gets hit by removal quite often, while people underestimate Savvy Hunter A LOT.

Also, when Tolsimir, Friend to Wolves hits the table, the deck has way more than enough removal. The sideboard has Conclave Tribunal for exile, and its a great card for this deck with the amount of tokens and creatures you usually end up with on the board.