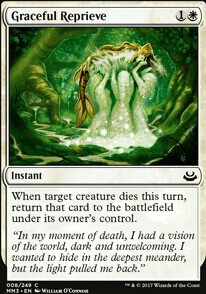 When target creature is put into a graveyard this turn, return that card to play under its owner's control.

Feather, sling and bash
by Johnny14xxx 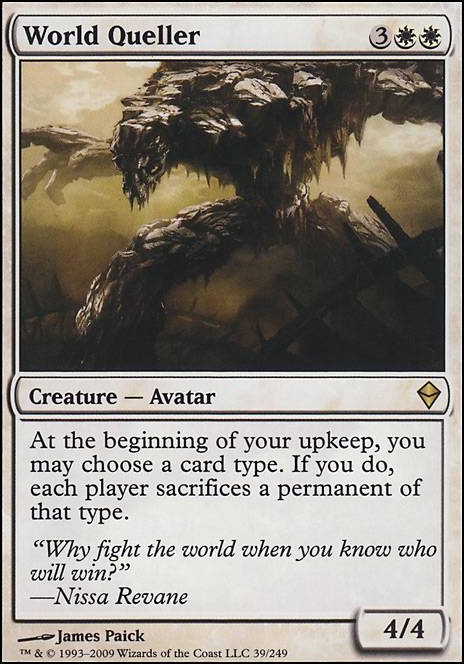 Spell_Slam: The thing about Graceful Reprieve that I like is that it can target my opponent's creatures. I could use it to rescue my own creatures, or I could use it on an opponent's chump (hopefully) to re-trigger the 12 priests. It's the closest thing I can find to use as Turn to Mist #s 5-8.

As for Crib Swap, that is definitely better for this deck than Humble so I'll be making that switch as soon as I find some.

How good does the white part work? If not that good, I suggest swapping it for more red, or even black. Black has a fling-like thing: Rite of Consumption and a better Graceful Reprieve in the form of Supernatural Stamina. And buffing creatures when blocking doesn't seem that consistent. Black should have better buffspells.

@celsha While yes Martial Law doesn't do much in the deck, Grafdigger's Cage will result in a disruption to 5 other cards in the deck (Emeria, The Sky Ruin, Field of Souls, Auramancer, Graceful Reprieve, and Defy Death) that is already seen in Rest in Peace, Samurai of the Pale Curtain, and Relic of Progenitus.

I think maybe the whole set lists for MM3 and PCA aren't up yet?