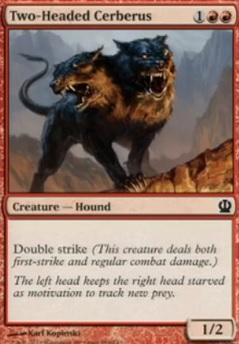 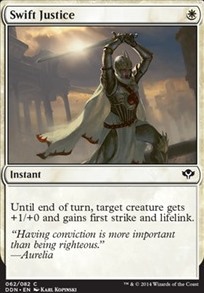 It's Reigning Cats and Dogs
by DenyItAll 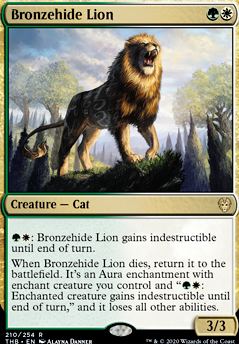 Armed And Armoured
by Dovahkiin_101 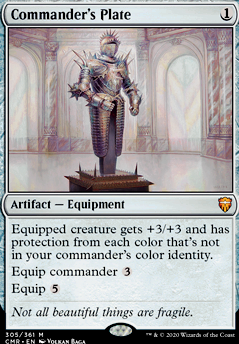 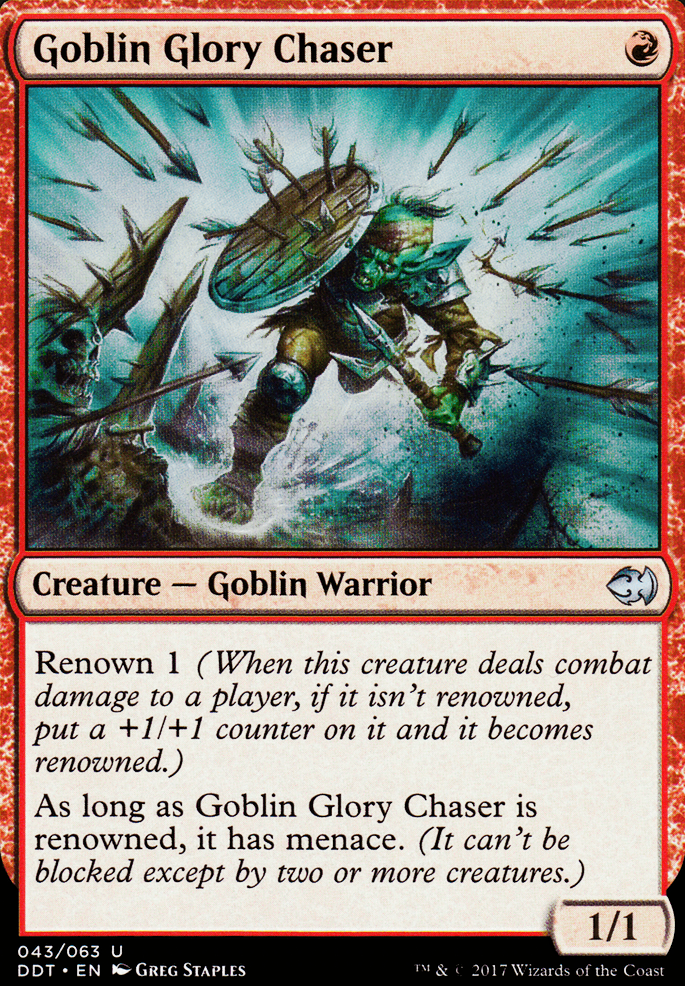 Juggling Equipment is Fun
by RangersGuild 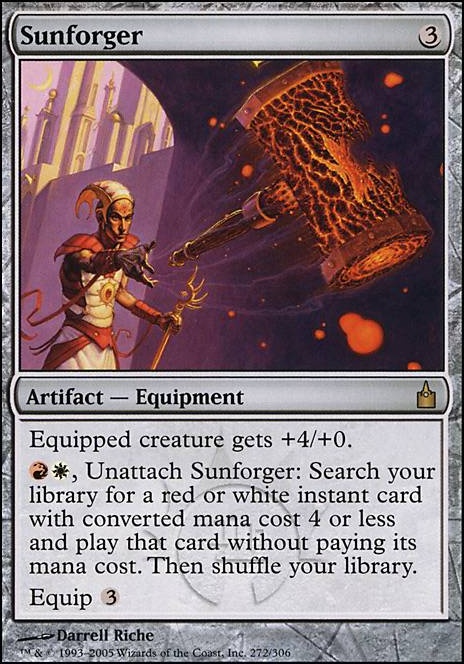 hey man, welcome to the greatest game, ever :) I sincerely hope this will bring you endless joy.

First off, I wanna back up everything Freezingfist said - those are all some excellent pointers :)

I have a few points of my own: Cards like Welding Sparks are reat, if you're runnin many artifacts, but you're not :) I'd suggest switchin it out with a more regular burnspell like Lightning Strike which can target either players or creatures. Whilst on the subject of artifacts: Ovalchase Daredevil probably won't pull it's weight as much as you'd like.

Two-Headed Cerberus is great because of double strike, but there's a number of reasons I'd save it for another deck: When you're running more than two colours - it's really hard to cast spells with more than one of the same kind of mana symbol in their cost. Also His doublestrike only really shines in a deck where your can consistently boost his power with things like Titan's Strength or Touch of Moonglove, and right now, you don't have a lot of powerboosts :)

Monastery Swiftspear is an amazing card! don't ever part with it :) but - it has prowess, and your deck is currently very creature heavy, so I just don't think you'll get enough out of her in this deck.

I notice a few creatures that mention energy counters. They're cool, but in my experience it's not really worth it to use them, unless you're building the deck around energy counters, and thus have more cards that give or use them. so you could probably find things that fill their spots more efficiently ;)

When gauging the overall value and potential of a creature, I ususally go with the "bear"-rule. "bear" references an old green card that simply was a green 2/2 for 2 mana. It supplies a ration of Power/Toughness to Casting cost of 1:1. This is considered an efficient baseline, and if something breaks this mold in a negative way, it's usually a poor choise to include. Like a 2/1 for 2 mana, or a 3/3 for 4. Abilities like flying, or first strike, and so on mitigate the loss in value - at least in my oppinion, and some abilities are worth more - if they are very powerful :) I bring this up, and I hope it doesn't come off as patronizing, because some of your creatures "underperform" a little :) Like Skyswirl Harrier: 3/4 for 5 mana, ain't good. even with flying added - in my oppinion, that makes it a 4/5 for 5 mana. It's not terrible, don't get me wrong, but you could get something better :)

Sip of Hemlock is rediculously expensive. If you can get your hands on a Murder or even Doomblade i think you'd be better off :)

I really hope this wall of text isn't too much, and that you can find something useful in there :)

Again, I just wanna welcome you to a great game, and a great community :) Stay frosty!

Technically he could, but that would not benefit him whatsoever.

I meant that if the Two-Headed Cerberus was already at 7 power prior to casting Mortal's Ardor, when the opponent does cast it, the creature would get an additional +1/+1 until end of turn, making it have 8 power and thus gaining him 8 life.

At the end of each step and phase (Except untap and cleanup), a round of priority is passed where players may cast spells and activate abilities. At the end of the first combat damage step, the opponent has the ability to cast Mortal's Ardor, but it wouldn't behoove him to, because he would not gain any life from it due to the damage in the regular combat damage step being dealt to nothing.

I fail to see where 7 damage appears anywhere here. Two-Headed Cerberus's power is 1, not 7.

Whenever a creature has a blocked declared against it, that creature is considered blocked for the rest of combat, even if the creature that was blocking it is either removed from combat or leaves the battlefield prior to combat damage.

During the first combat damage step, Two-Headed Cerberus will deal 2 damage to Nyxborn Shieldmate, making your opponent gain 2 life and killing your Nyxborn Shieldmate. Then, in the regular combat damage step, your Two-Headed Cerberus will attempt to deal 2 damage to the creature blocking it. But since that creature already died, there is nothing to deal damage to so no damage is dealt. Your opponent will gain a total of 2 life.

Note that if Two-Headed Cerberus has trample (Perhaps from Archetype of Aggression), that 2 damage in the regular combat damage step will trample over the dead creature to be dealt directly to you. In this case, your opponent would gain a total of 4 life.

My Opponent hits with Two-Headed Cerberus and I block with Nyxborn Shieldmate.

He then plays Mortal's Ardor on the Cerberus, killing my Creature and giving his Lifelink.

Does he gain 7 life, having done 7 damage to my Creature and killing it with that amount, or 14 life due to the Double Strike?