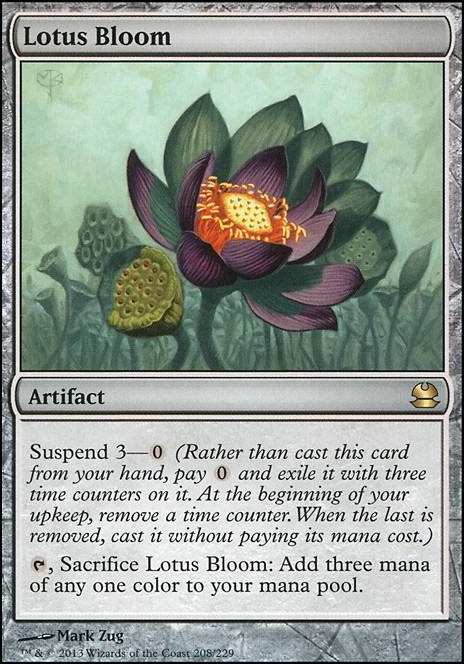 Suspend 3â (Rather than cast this card from your hand, pay and exile it with three time counters on it. At the beginning of your upkeep, remove a time counter. When the last is removed, cast it without paying its mana cost.)

, Sacrifice Lotus Bloom: Gain three mana of any one colour.

Omniscience_is_life on Suspend and Containment Construct.

To cast a card with Containment Construct, you must follow all the same rules you would if you were casting that card from your hand. The only difference is where you are casting the card from (exile versus your hand), not how you're casting it.

So no, since Lotus Bloom has no mana cost, you couldn't cast it with Containment Construct.

zobster on Suspend and Containment Construct.

I'm Pretty sure this isn't how it works, but let say I were to discard a Lotus Bloom with a Containment Construct on the battlefield, would I be able to cast it even though it doesnt have a mana cost?

Are you sure that Urza's Saga can getting around the suspend counters on Lotus Bloom or Mox Tantalite or Sol Talisman? They have no mana cost, that's different from cost 0.

Are you sure that Urza's Saga can getting around the suspend counters on Lotus Bloom or Mox Tantalite or Sol Talisman? They have no mana cost, that's different from cost 0.

Only thing I would suggest for a mild power boost is the Suspend cards Profane Tutor, Wheel of Fate and Lotus Bloom. 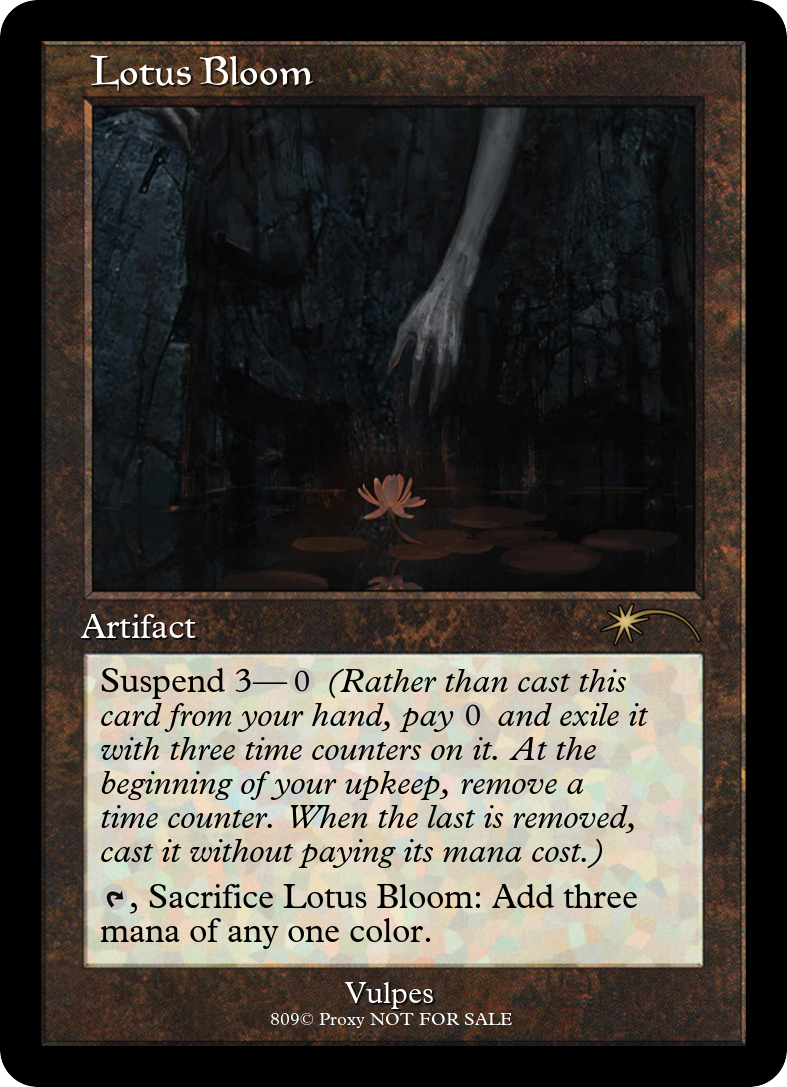 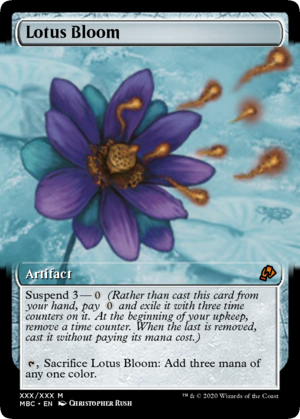 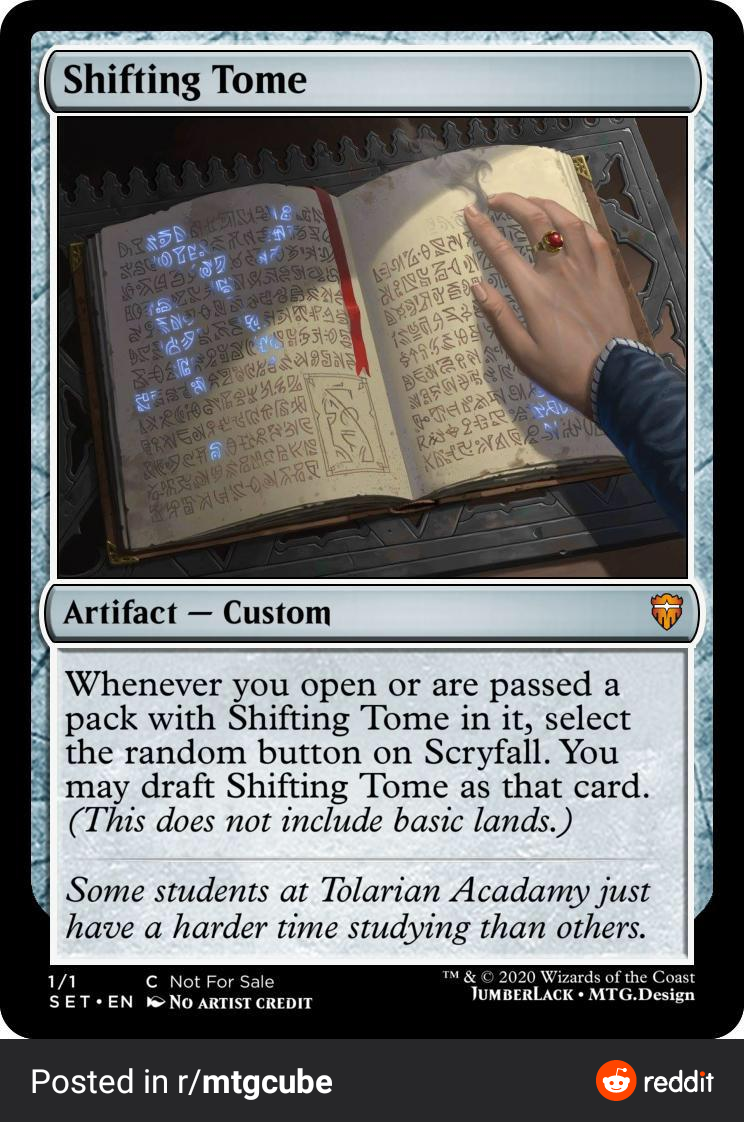