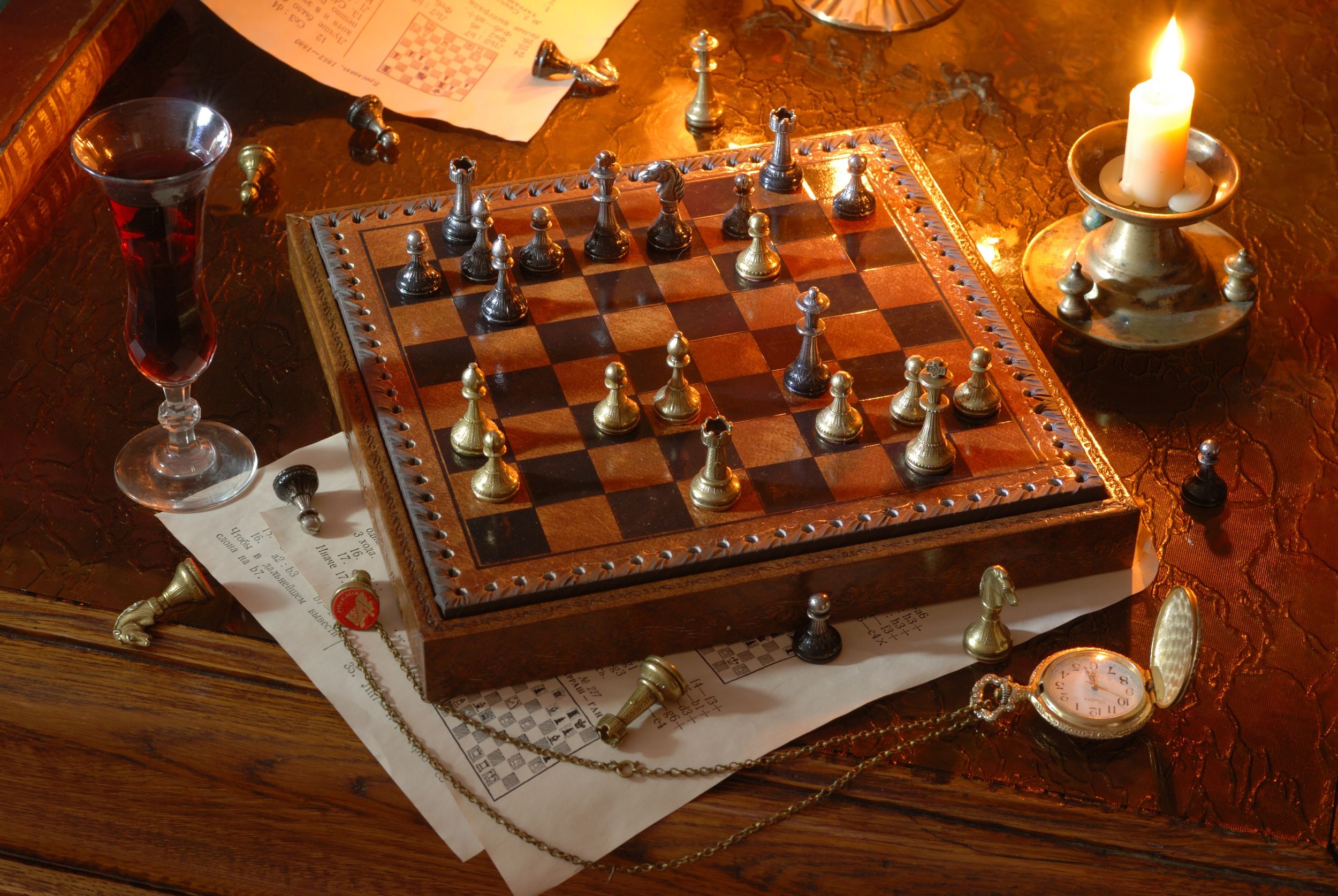 The Game of Chess is not merely an idle amusement; several very valuable qualities of the mind, useful in the course of human life, are to be acquired and strengthened by it, so as to become habits ready on all occasions; for life is a kind of Chess, in which we have often points to gain, and competitors or adversaries to contend with, and in which there is a vast variety of good and ill events, that are, in some degree, the effect of prudence, or the want of it. By playing at Chess then, we may learn: 1st, Foresight, which looks a little into futurity, and considers the consequences that may attend an action â¦ 2nd, Circumspection, which surveys the whole Chess-board, or scene of action:âthe relation of the several Pieces, and their situations; â¦ 3rd, Caution, not to make our moves too hastily...

This is my chessboard, this deck is a living thing. It constantely changes its shape to be perfectly suitable to my meta.

My meta is a beast, it s really hard to deal with it, so, this is why this deck has borned.

The idea it's about a Politics, D&T deck with strenghts Aikido and Pillowfort parts too.

Opponents will fight each other while we put down the pieces for our advantage.

Exactly as chess game for each move we have to counter their move, digging a deep and irreversible path to victory.

This deck must to be refreshed whenever the meta changes or it could be useless. It runs specific cards against the archetypes and every time that these change it needs to changes too.

In our age there is no such thing as 'keeping out of politics.' All issues are political issues, and politics itself is a mass of lies, evasions, folly, hatred and schizophrenia.

This is a politics deck and we must be politics player. Be politics means be able to deal and to manage the opponents in the way that it gets more advantages for us.

EDH is the best format to make politics. We have to be politics with our resources and our opponents resources too, speaking with them about the potential threats for the group and blinding their mind about our conceal threats, putting their attenction on other things that could be bothering for us.

Pillowfort and aikido cards help us to make politics, placing us in a spot where is inconvenient attack us, for fear of an aikido response or a pillow deviation.

Politics also creates situation where the opponents go to consume their resources and that is ideal for us because with monarch engine we almost always have more resources than opponents.

Politics (from Greek: ÏÎ¿Î»Î¹Ï Î¹ÎºÏÏ politikos, meaning "of, for, or relating to citizens") is the practice and theory of influencing other people on a global, civic or individual level. More narrowly, it refers to achieving and exercising positions of governance â organized control over a human community, particularly a state or civilization. Furthermore, politics is the study or practice of the distribution of power and resources within a given community (a hierarchically organized population) as well as the interrelationship(s) between communities and states. 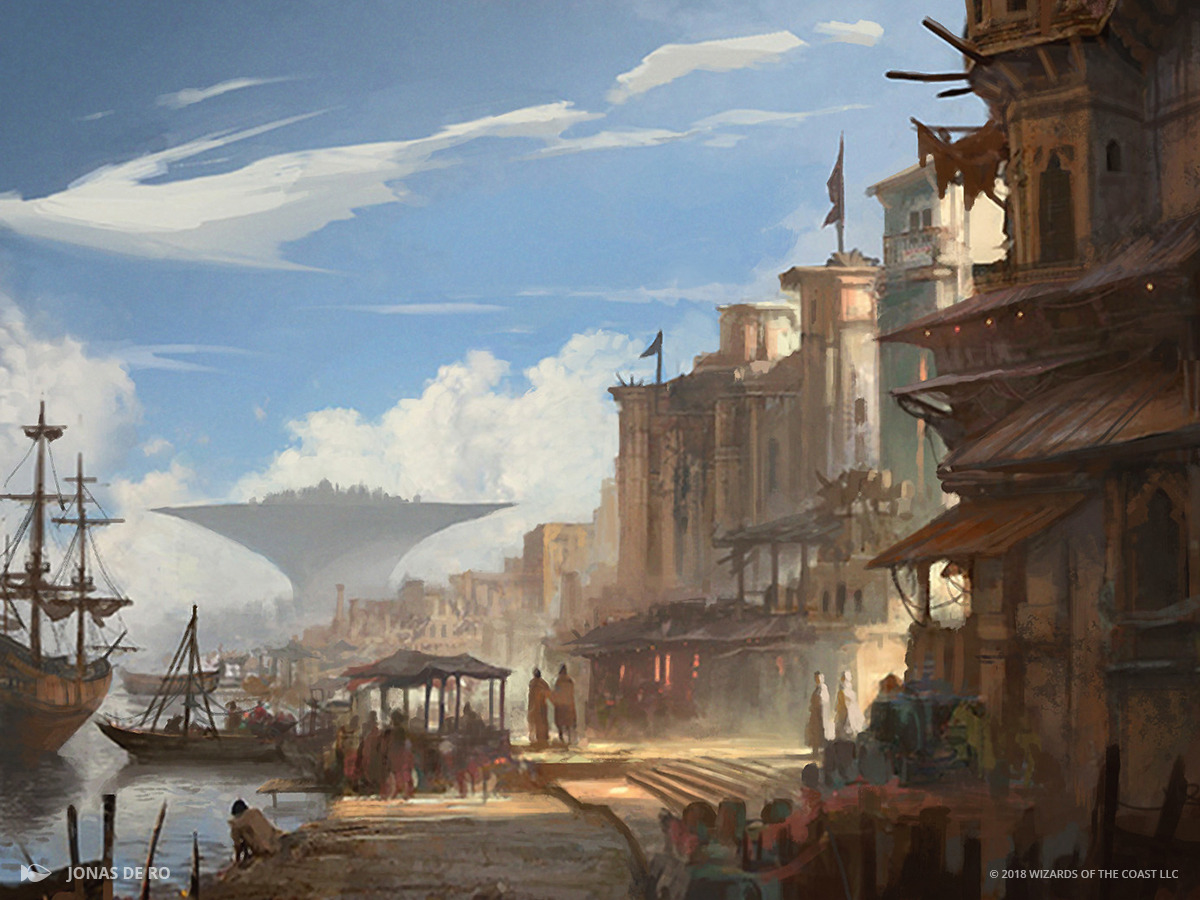 Our new Constitution is now established, and has an appearance that promises permanency; but in this world nothing can be said to be certain, except death and taxes.

I love D&T, slow the opponents is a great thing, while they are trying to pay the taxes and unlock their engine i can put my pieces on the board taxing them again and going to beat them.

I run a lot of D&Tâs milestone and other cards too that i ve tested with nice results throught different matches and hard situations.

I think D&T is pretty nice in EDH even though overdoing in taxes could put the viewfinder on us and that is not what this deck want to do. This deck has got to pass inobserved during the matches until the moment that we can put down a big threat and close someone or even better the game.

I usually run 2 card for type to block a specific engine, and until now it has worked well even though there are matches up tougher than other. In these cases just tax them couldât be enough and then we ve to play the Aikido part of this deck to achieve the victory.

There arenât specifics taxes that could be a dead draw even though there could be taxes more suitable for specifics matches, anyway for the most are all taxes that slow the opponents. We must know when to play those taxes and for this we have to read the game and be concentrated in every single moment.

If we do it well, these taxes will be the basics of our game as the following definition says:

To tax (from Latin taxare: to assess or appraise) is an imposition of a compulsory financial charge or levy upon an individual or legal entity by a state or the functional equivalent of a state in order to support that state. 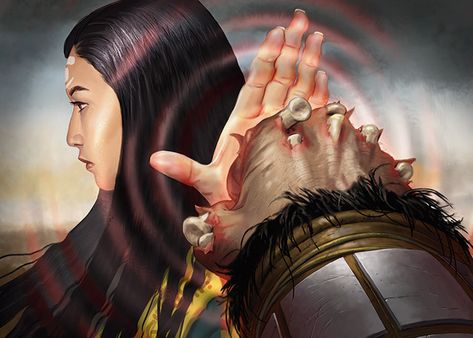 Aikido, though praised as a healthful system of self-defense techniques, would be nothing apart from the laws of the great universe. The martial way begins and ends with courtesy, itself an attitude of thankfulness to and reverence for nature. To be mistaken on this basic point is to make of the martial arts no more than weapons of injury and death. The very name Aikido indicates its dependence on the laws of nature, which we term ki. Aikido means the way to harmony with ki. That is to say, Aikido is a discipline to make the heart of nature our own heart, to understand love for all things, and to become one with nature. Techniques and physical strength have limits; the great way of the universe stretches to infinity.

I think that this beautiful definition of aikido incarnates its limitless potential and its suitabily in any situation.

An aikido player must to follow the flow of the game. It has to know when to play a specific aikido card and it has to be ready to reverse the strenght of the enemy against itself.

Aikido in Magic is not just a way to deal with opponents but a politics way to play the game, threatening the subconscious of the opponents and acting as a blind fear against theirself strenght, it will act as a Pillowfort effect too.

Aikido punishes the greed arrogant and wrathful opponents if we are able to keep our mind clear and ready to counterattack at the right moment.

We don t have to be greed while we play, we must catch the moment and be tempo players, studing the flow of the game. If we exceed playing things to satisfie our greed, we could run out of resources and if we go tappedout we are not able to respond to the strenght of our opponents.

Beeing conscious of these things will help us to play in right way, with a cold and sharped mind. If we suite aikido state of mind we will be able to go throught the issues achieving the victory.

Aikido (åæ°é aikidÅ, Japanese pronunciation: [aikiêdoË], kyÅ«jitai: åæ°£é) is a modern Japanese martial art developed by Morihei Ueshiba as a synthesis of his martial studies, philosophy and religious beliefs. Ueshiba's goal was to create an art that practitioners could use to defend themselves while also protecting their attacker from injury. Aikido is often translated as "the way of unifying (with) life energy" or as "the way of harmonious spirit". 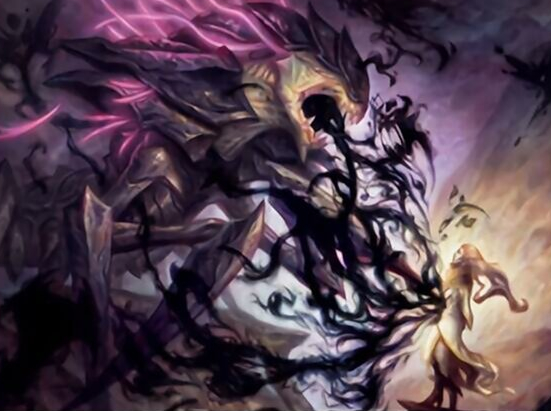 Our founder has handed down a truly marvelous art; hard, soft, full and empty change with the situation. Diligently seek the truth in the teachings and deeply examine the internal, external, gross and fine. When the opponent approaches I draw him in; when he retreats I pursue him. If your emptiness does not conceal fullness, it is not effective emptiness. If your fullness does not contain emptiness, it is foolish risk taking. Within emptiness, adapt to changing situations; seek perfection in the principle of roundness. When the opponent uses "press", neutralize him with "roll-back". When he closes with you, use "split". "Pull-down" and "push" alternate with each other, and offense and defense all have their principles. The whole body is as one unbroken qÃ¬, as unified as a tai chi sphere. I can draw the opponent in from every point; my entire body is hands. However, if offense and defense are not clearly distinguished, full and empty will have no basis. It is like the full moon of the seventh month, whose light illuminates the whole world. When your training has reached the level of emptiness, then the distinction of offense and defense no longer exists.

I ve put tai chi citation because i think that pillowfort strategy and tai chi are linked somehow, they get us the chance to counter our opponents attacks, giving us time to achieve the victory.

Pillowfort cards make politics, we are almost always in the spot where our opponents simple ignore us, they would like to keep their resources so they would attack someone else instead of resolves pillow effects.

Sometime pillow cards will incentive opponents to attack among them making the dirty job for us and giving us valueable time to do what we want to as assembling combo pieces or studing the board balance.

If we play pillowfort strategy it doesn't mean that we can play regardless of the board and ignoring everything. We have to be ready, if the pillows fall down, to react as speed as possible because as we have no mercy for the opponets they haven t no mercy for us too.

Pillowfort is a strategy for certain multiplayer formats, particularly the Commander format. The strategy is political in nature, attempting to make being attacked by an opponent undesirable or futile, thus making the rest of the opponents attack each other. This is achieved through cards that prevent damage or punishing players for attacking, so called Pillows. This also allows players enough time to assemble a combo or series of plays which let them win the game.

The deck has changed again. It has returned to its original shape, employing the taxes and aikido parts to their best. I took out the combos pieces : Ad Nauseam , Sickening Dreams , Angel's Grace , Dualcaster Mage , Twin Flame , just because they don't suite the deck, they were cards used only as wincons but they weren't every times that, in the most of the cases they were death draws. I m going explain this better, the deck hasn't borned as a combo deck so even the tutors inside don' t suite the need to find the combo pieces. I could add more tutors, you could think that, but the more that i tried the more that i saw that the deck would change in a complitly different deck instead the deck that i would, a Taxes deck. So i've took these pieces, i've added more mana rocks ( because the deck need it), and i 've worked on the taxes part adding powerfull new cards as Opposition Agent , Keeper of the Accord and Court of Ambition. Aura of Silence and Windborn Muse have returned into the list and the new entries Rise of the Dark Realms and Animate Dead go to improve the aikido part as a decisive wincons.