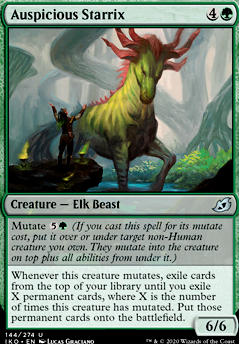 TK: Guide to Monsters
by Nocthulh 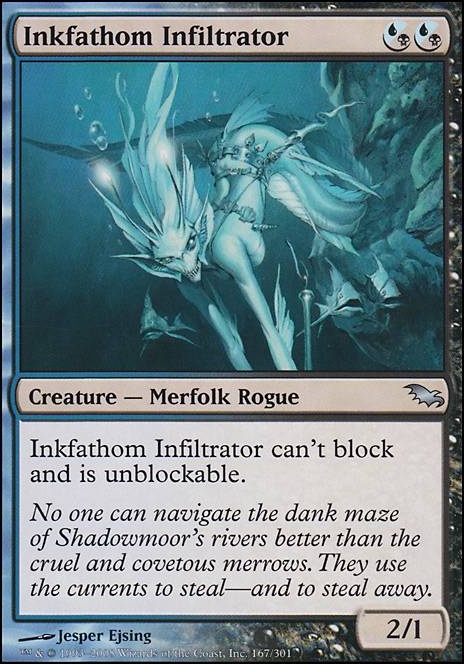 Illuna, Apex of Blue Shenanigans and Stompy Boys
by CarthagoNova

And maybe figure out a way to add in 4x Glowstone Recluse and 2x Vorinclex, Monstrous Raider . Spider for reach Predator to double Viv's loyalty counters and add +4+4 to the spider every time it mutates.

I'd drop 2x Gemrazer and put them in the Sideboard you don't really need four when you can constantly mutate them.

Also I'd drop a Questing Beast as well.

Do you have any suggestions for Shokian Grove?

BlackSharinganX on What happens to the mutated â¦

Reznorboy on The Secret World

but assuming that it's in between Modern and Standard in terms of power level, I assume most games will be over by turn 5. Assuming.

I looked at the deck and you will not be able to win at that rate, primarily because even the key combos using Animist's Awakening requires mana to do, because it costs a green and puts a maximum of one mana out per one mana in. I looked and saw that Nyxbloom Ancient is legal in Pioneer. I think the only way you could viably make this work in a combo sense is if you were to first get Nyxbloom Ancient out and then start using Animist's Awakening and draw spells like Opt to get more and actually combo to win.

As an all-out combo win-con deck, I unfortunately do not think it is possible to storm for a win in this format with these cards.

It is possible you could make a control variant, however, major changes would be necessary.

The closest thing to what you are trying to accomplish that I know (or at least think) does work is combos using Auspicious Starrix and Temur Sabertooth in order to mutate the Starrix, get lands off the top, (you would be playing a lot of lands), and then bounce mutating creatures back with the sabertooth to do it again.

Unlike most effects in Magic, Mutate affects the copiable values of a creature. This means that when you Clone (or Quasiduplicate) a mutated creature, the changes from the mutations will be copied too.

A lot of times, people will liken Mutate with Bestow (or Aura in general). This is one of the primary ways that those mechanics differ. There's one important note on this, though. A clone of a Mutated creature won't have the same "Mutate counter" as the original. In other words, triggers that care about "number of times this creature has mutated" (like that of Auspicious Starrix) won't count how many times the copied creature mutated. The Mutation count for the copy starts at zero.