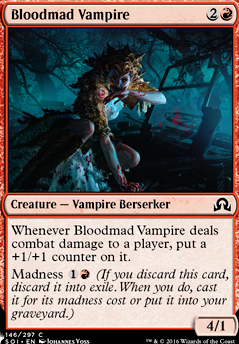 Whenever Bloodmad Vampire deals combat damage to a player, put a +1/+1 counter on it. 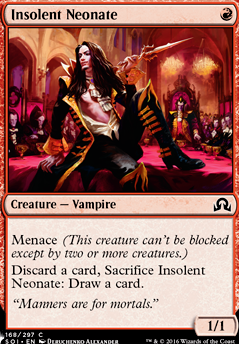 Maybe try Bloodmad Vampire in place of Heirs of Stromkirk , since it benifits from Neonate's discard effect and is more likely to trade if it does get blocked?