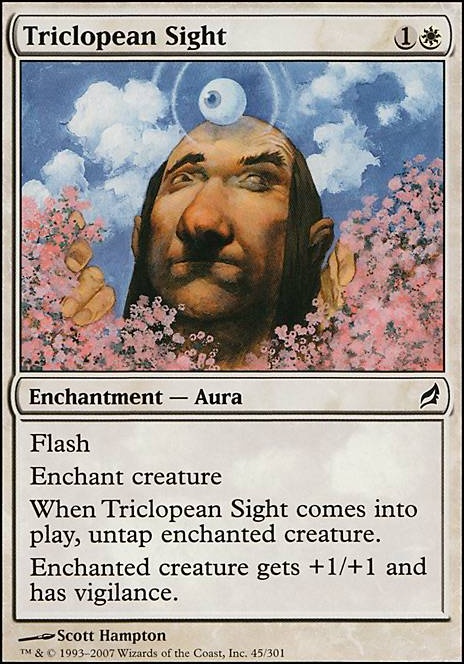 Enchanted creature gets +1/+1 and has vigilance. Sram, Dwarf of 1000 Hands
by Kalamer_Ruki Also why do you need Triclopean Sight if Daybreak Coronet gives you vigilance? Or is it just a back up?

Other adds that might fit the theme: Sigil of the Empty ThroneHyena UmbraHero of IroasSram, Senior EdificerKytheon, Hero of Akros