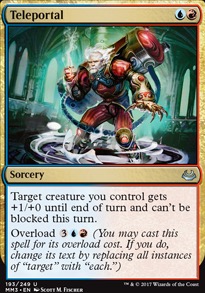 Target creature you control gets +1/+0 until end of turn and is unblockable this turn.

Overload 3UR (You may cast this spell for its overload cost. If you do, change its text by replacing all instances of "target" with "each.") 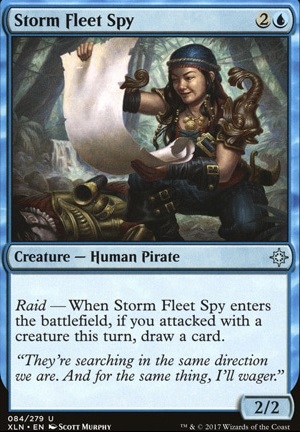 Admiral Beckett Brass - The Pirate's Life for Me
by Sunnovah 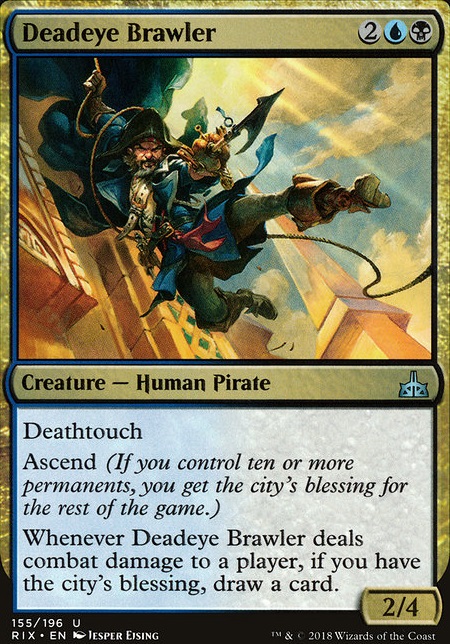 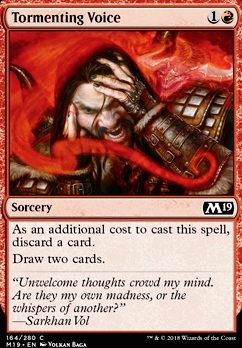 Maybe you want to try Teleportal. CMC5 is high but unblockable for the hole team and a prowess trigger is nice. With a token strategy I would suggest Coastal Piracy, Bident of Thassa and / or Reconnaissance Mission for card draw.

Snakes, snakes and even more snakes

Good cards in green for hordes attacking are always Overrun and Kamahl, Fist of Krosa

Minds Aglow should fit perfectly into your strategy.

Teleportal is an often overlooked card, that fits perfectly in token strategies.

Teleportal would be much more useful than the dodgeâs, I run it in my U/R deck, although I think it would be a much better sideboard card for this deck

Distant Melody doubles your locusts, and Teleportal can be a one-shot in this deck. Both are cheap. There's also Deepchannel Mentor , which is still pretty cheap but high CMC and vulnerable to removal.

Before we get into this, I just want to say that if I sound like a know-it-all and a dick, it's toatally unintentional and I apologize for it. Also, I have never played Jeskai in EDH, so please take my suggestions with a grain of salt.

It's kind of hard to find a good Jeskai Commander that is based around creatures, so I think you have two options:

Of course, you could have both in your deck, and switch them around as the meta/playgroup changes, but it's best to choose one now. I'll provide options for both.

The ramp and land package wil be roughly the same, so I'll start with that. I use TCC's manabase template, but feel free to change it.

TCC's template for a manabase is this, but feel free to change it to fit your budget etc.

Here's a deck that I drafted if you want Shu Yun, Silent Tempest as your commander. I left three slots for the cards already in your deck

Here's the draft deck if you want Ishai, Ojutai Dragonspeaker and Bruse Tarl, Boorish Herder as your commanders

That ends my very long post. Feel free the change anything you want about the decks I made, as they are only a first draft.

Loeffner on Need help on choosing a ...

I need help for choosing a new Deck. I know it might not be so interesting for some of you since I only play casual, but I hope some of you come up with cool suggestions.

I mostly play against two other Players. Either it's all vs. all, or attack your left.

In the last few weeks they started to rapidly improve their Decks (their playstyle improved as well) and I am having really a hard time to win.

I want to get some new cards or an entirely new Deck. I hope some of you can help me choose and have some cool ideas. I would really like to get a control Deck that will help me win (most of the time). Now of course this is a casual playgroup so I do not want an unbeatable Deck or some broken infinite combos (not much fun for me and my opponents).

In the following I will give a short overview on the Decks I will be facing most of the time.

A red & blue aggro/control. His win condition is usually Nivix Cyclops + Teleportal and a lot of other spells like for example Cyclonic Rift. This way he can keep the board clean and do lots of damage very fast.

A mono white Soldier Deck. I haven't played against this Deck very often but it relies strongly on Synergies with +1/+1 Counters. Also one or two strong Angel finishers.

A mono green Elven Token Deck. This Deck creates lots of tokens, buffs them with Lords and +1/+1 Counters, and attacks with all of them.

A red & black Wither Deck. This Deck - of course - relies on -1/-1 Counters. These are very effective against my weak creatures. Cards he runs are for example: Kulrath Knight, Blowfly Infestation.

I know most Merrow Decks are Aggro, but I don't really want to spend a lot of money just on Lords. Also a new Deck would be nice.

TL:DR: I need new casual Deck below 30 Euro Ideally Control, Which will win me most games without having boring endless combos or something.

Total suggestions: 24 Total suggested cuts: 18 ; As an extra side question, what's the purpose of all the exile?
Load more
×