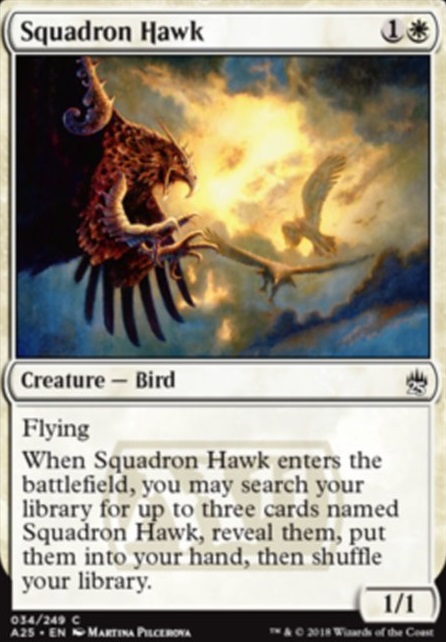 Squadron Hawk occurrence in decks from the last year 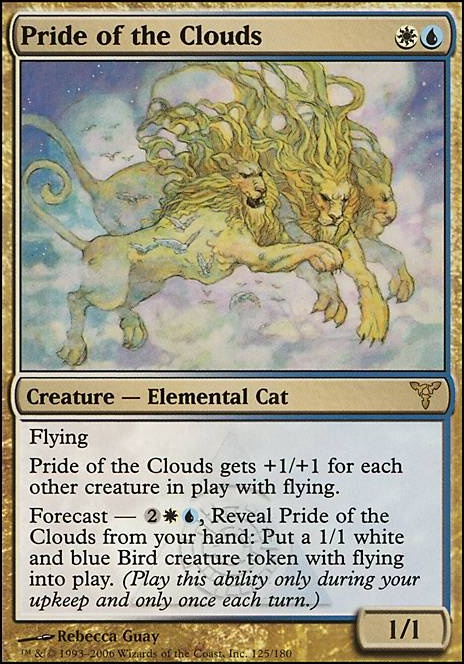 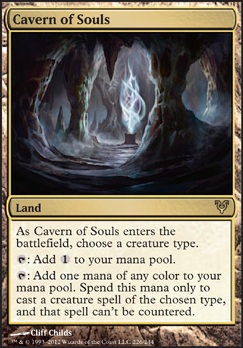 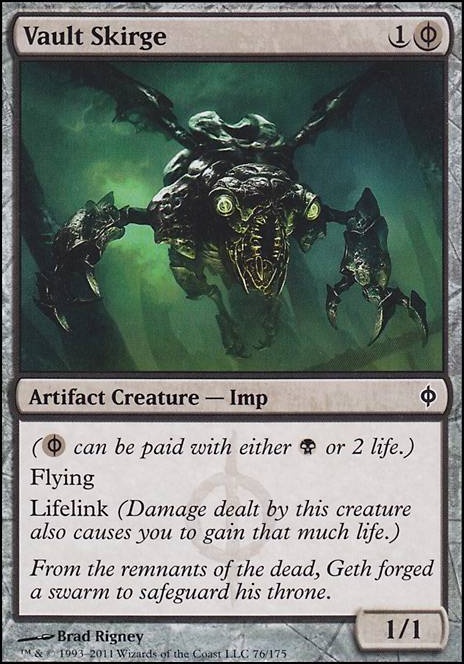 Martyr of the StoneBlade
by RobBot 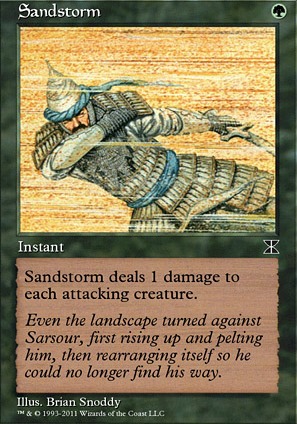 TriusMalarky on How Did Storm Crow Become ...

I don't fully believe the "Force of Will" story, as I seem to remember many people considering Force of Will bad in Standard when they reminisced. But I don't have firsthand proof. That said, Force would suck in Standard right now. There are no combo decks so fast that it's worth running. It's just too much card disadvantage for a format where, if you're playing blue, you have 15 mana open anyways.

Also, I have no proof, but I think the meme deepened with Jace, the Mind Sculptor and Squadron Hawk. I remember finding a lot of old posts about how Wizards should reprint Storm Crow because "all these top tier cards are too expensive".

I still want to buyout all the foil storm crows just for the memes tho. I will have thousands.

Hiya! You're pretty short on both ways to generate card advantage and on ramp in your deck. That'll make it prone to lose steam in the late game. With the game plan of the deck, you'll want ways to either refill your hand quickly (since aggressive decks that like attacking tend to be good at dumping out your hand) or ways to generate advantage while attacking. Wheel effects are good at refilling an empty hand. Magus of the Wheel is a human too! Ramping and generating mana by attacking could be done too with some cool creatures. Captain Lannery Storm is a human that makes treasures when she attacks, and has haste! The new Squadron Hawk can ramp you by attacking and is a non-human.

Also Twinblade Paladin could be good. (i don't have any experience playing this kind of deck, although i can still see ways to improve it.)

I would also consider taking out Ajani's Aid , and Ajani, Valiant Protector , and replacing it with something like Squadron Hawk . Squadron Hawk will get you out more creatures to trigger Soul Warden to pump Ajani's Pridemate if you decide to add Soul Warden or Soul's Attendant .

Pretty sweet decklist you have here. Can't say I would change much except for the Squadron Hawk , which doesn't really fit with rest of the theme of the deck, and maybe Spectral Possession.

Have you considered Gideon's Company (aka larger Ajani's Pridemate ) or maybe Sublime Archangel as a a replacement for the hawks and as a second win condition?

You could also try reveilark or Vesperlark as another way to bring back the Martyr or Sisters.

Dawn of Hope Might also come in handy for some card draw. Hope this helps.

Opinions on white as a color

I really like some of white's old mechanics that just kinda went missing. Land Tax effects, for example, are powerful, interactive, and fun to build around. Armageddon will not be returning, but maybe white could have some other way to punish players for ramping, a spot Leonin Arbiter only somewhat fills.

One of the biggest reasons why I think white is failing is because a lot of its color identity is being stolen by green to make green more interesting. Enchantress effects are more white than green in my opinion. Creatures matter cards are also more likely to be green than white even though white's identity is largely based around creatures. Collected Company and Chord of Calling represent raising an army of small creatures and a collective effort to search for a specific creature, both give off white vibes (while Honor of the Pure effects are less powerful and could be green).

The Sisters are Martyr of Sands,Soul's Attendant and Soul Warden. These are the repeatable life gaining sources to give you a consistent source of life gain and a consistent play turn one. Martyr is a fast way to gain life to activate Serra Ascendant or pump Ajani's Pridemate. Ascendant is by far your best threat to win a game and reason to want to gain life; Martyr can get you to 30+ life fast.

Squadron Hawk is a good two drop with this strategy giving you four potential creatures to gain life with and it has flying. Hawk is like draw putting up to three cards into your hand which is good with Martyr to have a better opportunity to gain life with her since you will have more white cards in your hand. I also like the interaction of Martyr and Lone Rider Â Flip as a way to gain three or more life for one mana.

Flying is the best evasion you can give the rest of your attacking creatures with Odric, Lunarch Marshal and he does seem good with Ajani's Pridemate, but I think 4x Odric is too much. Odric as a four drop isn't good by himself, he requires other creatures to be good to use his combat trigger. You only want to cast Odric if you have an established battlefield of creatures to get his combat trigger and having a flier helps too.

Hawk seems better here than Aerial Responder since Hawk fills your hand with creatures and it also has flying. Tokens are good with the Sisters; Spectral Procession is three flying Spirits for three mana. Procession with a Warden or Attendant on the battlefield can pump Pridemate at least three times. For three mana Procession seems more impactful than Ritual of Rejuvenation. 4x Ritual, 4x Revitalize and 2x Reviving Dose seems too many cards for this effect and Revitalize is better than the others. Gaining life and drawing is important, but creatures are more important.