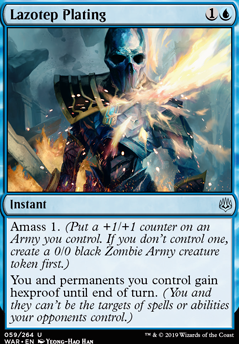 You and permanents you control gain hexproof until end of turn. (You and they can't be the targets of spells or abilities your opponents control.)

Lemme Just Pull a Rabbit Out My Hat.
by ZachZondor 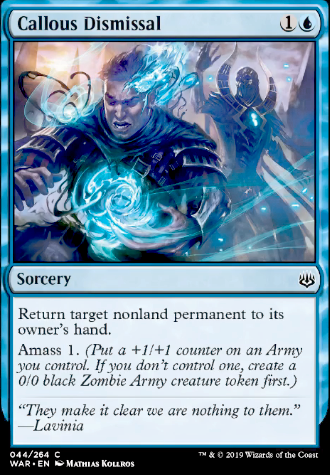 Elsha of the Infinite
by BantMage

I built this deck - Ezuri, Claw of Quick Evolution - it is based on another deck with a primer on MTG Salvation.

My deck is cEDH so it a bit different, but you may find a few interesting cards.

I definitely recommend running these cards:

The stax effect on Manglehorn can be randomly useful on top of potentially blowing up a pair of artifacts on ETB.

Curse of the Swine is criminally undervalued removal as it is an exile effect and that is so key in this format.

While you don't have a ton of 6+ CMC creatures, the ones you do have a fairly high impact so having Fierce Empath to load your hand up with bombs could be worth it.

Lazotep Plating is a sort of budget Heroic Intervention that could help preserve your key pieces as well as stopping some problematic effects that go for the dome.

Because that card is so important, you want one on the field as quickly as possible, and running 4 is your best option of having it in your starting hand, but Iâve found that with amassing, having multiple of the same creature on the field is a bit of a waste since the abilities that they grant donât stack in anyway (no such thing as double hexproof). Having three makes it so that theyâre a bit more spaced out and so youâre less likely to have multiple taking up your card draw â similar concept of running too many land cards. Lazotep Plating can also help to offset the time in between having it on the field or until you draw one.

You should include some Lazotep Plating to prevent an opponent from removing the token you're trying to Polymorph . It can also make a creature token with hexproof until end of turn.

Instead of Sprout (or maybe Remand ), you could use Lazotep Plating as a way to create the creature token you need. Its better because the token gains hexproof as you cast it, meaning the opponent will have to wait until the current turn ends before having the opportunity to Fatal Push it. If you have 6 mana, you can create the token and Polymorph it on the same turn.