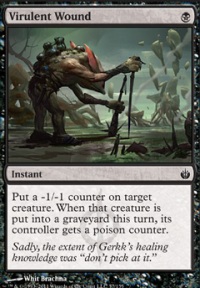 Clones For The Clone gods
by ArsonGarson

Raid with Braids
by CHAmb1es

Medomai the ageless
by Me1998

I don't know if you are a fan of Infect but it would fasten some kills. Corrupted Conscience

Bruna, Light of Alabaster is nice in aura decks as she can recur all of them

I would consider adding Corrupted Conscience. It can be such an easy way to kill a player. Maybe swap out one of your equipment to make room for it?

Have you considered giving Neko infect? In my deck I use cards like Grafted Exoskeleton Corrupted Conscience Phyresis Glistening Oil Or add some removal like Sigil of Sleep Also Nightscape Familiar would be very good getting your bigger cards out quicker

Back to Basics Blood Moon Magus of the Moon

electromancer and baral aren't worth running without 30+ hits. unless you're expecting taxes, you're better off with a rock, or even Retraced Image

What are your thoughts on Corrupted Conscience? Steal a creature/beat down for an infect win?