If Szadek, Lord of Secrets would deal combat damage to a player, instead put that many +1/+1 counters on Szadek and that player puts that many cards from the top of their library into their graveyard. 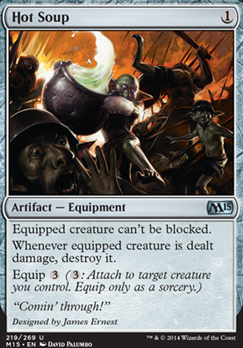 Please refrain from having fun
by Doombeard1984

The Dimir Guild
by DeMoNiCcRuShEr2 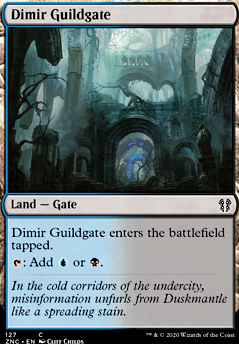 Wash it all Away
by DrakeHamilton

I am a proud Mimeoplasm player too! It's an awesome build you have here. Couldn't have done it better myself. I have a few different versions of the Mimeoplasm, but one of my favorites is a Mill/Copy deck. It works like a charm, but it is on a strict budget. If you wanna check it out, you can go see it on my page. Some of the win-con in it are Szadek, Lord of Secrets, Consuming Aberration, and Phenax, God of Deception.

Have you gotten to try out the Szadek, Lord of Secrets yet?

On the plane of Ravnica, he meets with the Dimir Vampires (Mirko Vosk, Mind Drinker, Szadek, Lord of Secrets, Duskmantle Seer, etc.), and learns of a sustenance more sustainable than blood: knowledge.

+1: Each opponent that player reveals cards from the top of their library until they reveal a nonland card. They lose life equal to that card's converted mana cost, you gain life equal to life lost this way. Put all cards revealed this way into their owner's graveyards.

-4: Create two 1/1 blue and black Vampire Wizard creature tokens with ": Reveal the top card of your library and put that card into your hand. You lose life equal to its converted mana cost."

Designed to be modern playable, definitely would be standard & pioneer playable.

I'd like to see Aminatou in two colors, along with an explanation.

Bring Szadek, Lord of Secrets back to life as a spirit, post-War of Spark

I love mill, I love people playing mill. I went overboard on my own mill deck -Mission Brief Trap. but there are a ton of ways to play Mill.

This appears to be a first deck/budget deck, which means that while Flooremoji's suggestions are very powerful, they're likely not the next step for this deck. You already have Glimpse the Unthinkable , which is a powerhouse but probably want a selection of higher powered budget options. Below is a good selection of the most efficient mill cards that won't break the bank and will allow you to customize the deck to your personal play-style, whether that is control or it is card-burn. You're already using some of these, but any of these would be more efficient than Compelling Argument , Mind Sculpt , Drowned Secrets and Psychic Corrosion .

(Please not that despite what is mentioned above, that crab is not the only mill creature to see some competitive success.)

The problem with Jace, Memory Adept , Lilliana Vess, Fleet Swallower , Mirko Vosk, Mind Drinker , Szadek, Lord of Secrets and The Haunt of Hightower is their casting cost. You need to not be tapped out during your opponents turn anytime on or after turn 4. You want to have Instant speed milling, creature removal available. All these cards require you to go shields down likely without immediately winning the game (in fact, it is impossible for Fleet Swallower to win you the game). This applies to your 4 drop creatures as well, but they, at least, are more likely to be able to be cast in later turns without tapping out.

Your remaining card slots should use your favorite removal spells mixed with card draw and spells to keep you alive.