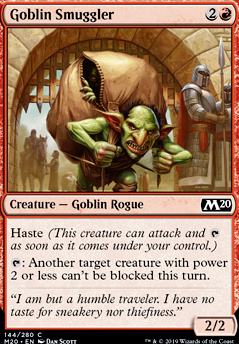 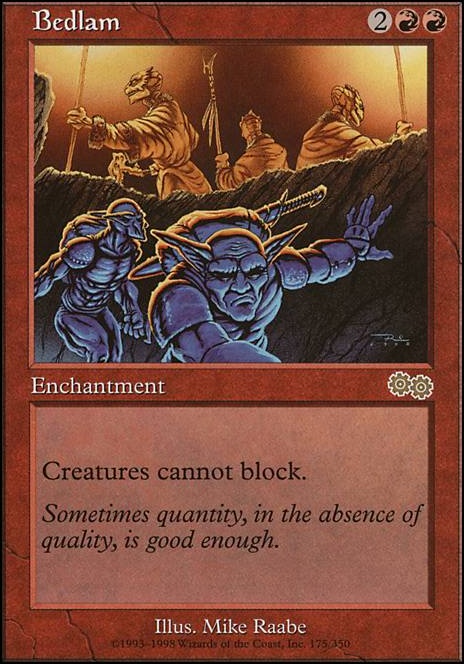 ive-been-degaussed Thanks for the suggestions. I agree with almost all of them, save Marton Stromgald. As you said, the deck wins through quantity, and Marton is this deck's worse Craterhoof Behemoth. Also, I just want to try running him, even if he isn't that good. Other than that, the other cuts seem good.

milse on Cards at Wrong Rarity in ...

Was doing some old school drafts with a buddy while we're distanced. (If you like janky and slow, I absolutely recommend 4xICE.) I noticed some cards at the wrong rarity in ALL and ICE. I noticed specifically rares -- like Gargantuan Gorilla, Illusions of Grandeur, Seraph, and Marton Stromgald -- coming out as commons. This seems to be the rarity for these cards when they were reprinted in MED.

Also noticed that this problem was referenced in this thread from 2014.

Nice deck. We have some ideas for you:

Let us know how the deck pans out. Good luck.

NV_1980 - Thank you for the kind words! It's such a fun deck that I've been able to slot some pet cards in and still be competitive at a casual table.

If this deck were to focus more on tokens (which in all honesty is probably the most powerful way to build her) those cards would definitely be solid includes. I don't really run enough gobos to make Krenko worth it. And Marton is such a cool card. But I don't think he would be put to his best potential in this deck.

Funny story though. I am currently building two mono red decks. I'm building a Krenko, Mob Boss go wide deck for my wife and I am tossing and turning between Marton Stromgald and Torbran, Thane of Red Fell for my deck. I'm leaning towards Marton though as he just has that old school cool that you don't see very often.

Thank you for the ideas though! They are very much appreciated.

What a wonderful deck; love it! Would Krenko, Mob Boss also be a suitable card (even though this is not rly a gobbo deck)? If you intend to go wide, a really nice booster could be Marton Stromgald .

Marton Stromgald would be really good in conjunction with all those unblockable creatures.