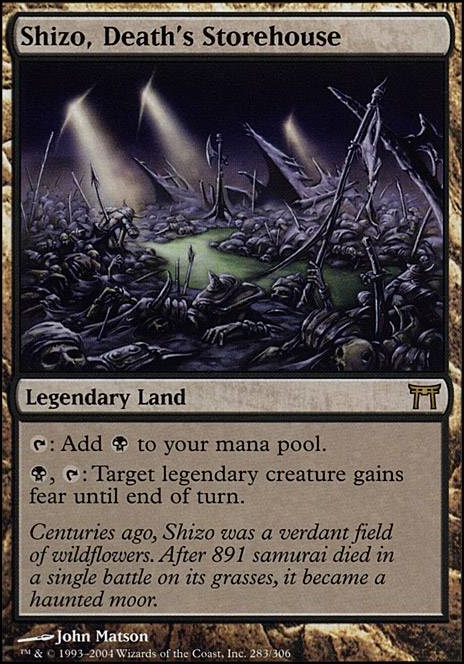 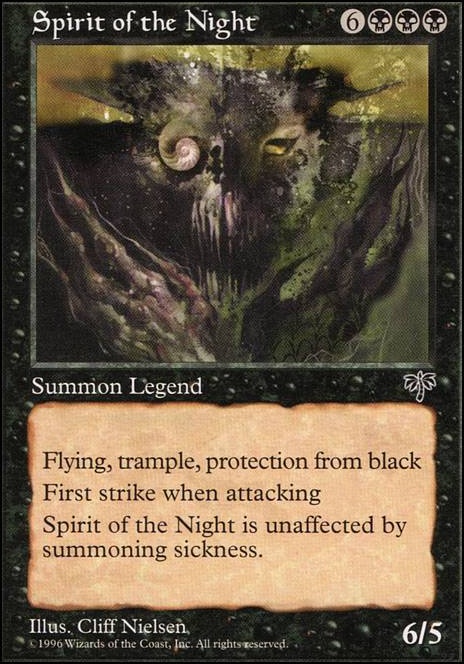 When Oath of Karn enters the battlefield, create a 0/0 colorless Construct artifact creature token with "This creature gets +1/+1 for each artifact you control."

You may cast Planeswalker spells you own from exile.

I'd like to see an interesting vanilla creature. Force of Savagery, Yargle, Glutton of Urborg, and while Scornful Egotist isn't vanilla, the idea of for a vanilla 1/1 is kinda weird. Not like in just a bad way, but like in a One with Nothing, interesting way.

So one thing about commander is, because of the length of games and the amount of interaction you see, you want all of your cards to do things. Going through your list there are a number of cards that just fill spots on the curve with no real long term impact. Specifically you have creatures like, but not limited to; Rot Shambler (at least it gets bigger though,) Sporecap Spider, and Yargle, Glutton of Urborg (at least heâs huge, which with the right cards could be useful, heâs decent to sac to Jarad for example...) There are other creatures with stronger static effects, or even useful etb triggers like Eternal Witness and Acidic Slime all the way up to Craterhoof Behemoth.

So then itâs just a matter of what to fill it with. There are so many options, how do you want to win primarily? Go wide with tokens?

Because the card itself isn't incredibly powerful - a 3/3 body with an intermediate ability for 5 mana seems a little bit underwhelming. That said, the same argument could apply to Yargle, Glutton of Urborg - why print a 9/3 with no abilities at 5 mana? In Limited/Standard it's basically useless, but with the right voltron deck, it's unstoppable.

Basically, my point is that it depends on the build.

Metroid_Hybrid on Challenge me.

Before Yargle, Glutton of Urborg was first spoiled (and decided to build that), I was originally trying to put together a Pestilence .deck helmed by Bontu the Glorified , with things like Death Pits of Rath & Worldslayer thrown in for good measure..

Why use Yargle, Glutton of Urborg ? Sure he's flavorful, but it's not a good card. I know you can find a budget five drop ( Mulldrifter ) that gives you better value with Muldrotha than Yargle.

The rest of my suggestions are budget lands to help to improve the manabase:

Metroid_Hybrid on Who is your favourite "Uncommander?"

Either way, Yargle, Glutton of Urborg still fits the bill as both an uncommon Commander to run, that was also printed at the Uncommon rarity, AND more importantly, becomes a (flavorful) runaway Juggernaut very quickly..

You just canât beat out our lord and savior Yargle, Glutton of Urborg ;)