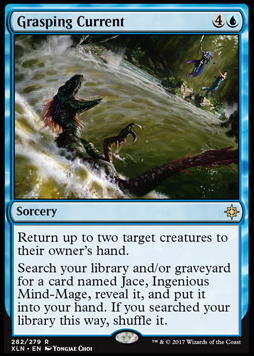 Return up to two target creatures to their owner's hand.

Search your library and/or graveyard for a card named Jace, Ingenious Mind-Mage, reveal it, and put it into your hand. If you searched your library this way, shuffle it. 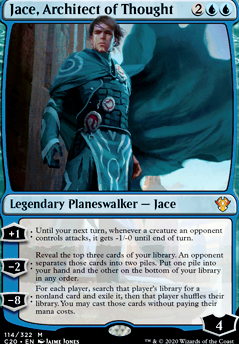 Wizards Of The Hood
by Subzero6977 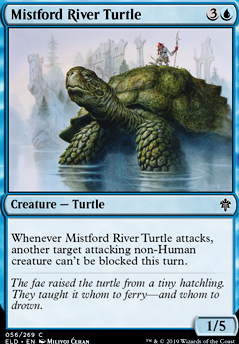 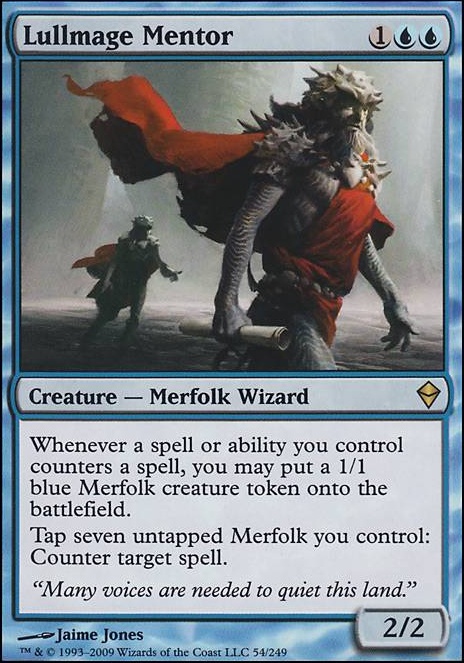 (For clarity, I meant that Cranial Extraction and Grasping Current only say 'search' because they involve looking through a library, not just any hidden zone. I know that Thoughtseize doesn't say 'search'.)

Searching isn't unique to hidden zones. Even if 'search' is the term used in cards like Cranial Extraction and Grasping Current only for the sake of simplicity because those cards also involve looking through a hidden zone, the result is that you're searching in places other than a library. With cards similar to those, you can search through a revealed zone, and more relevantly you can search through a hidden zone that isn't a library.

Oh, I stole this from Mono Black (YouTuber)

Once you pull Omniscience , Flood of Recollection returns your Mastermind's Acquisition

Then you loop return Mastermind's Acquisition by pulling Salvager of Secrets from sideboard 4 times (min 2, but 4 is better)

Then you pull and play Thousand-Year Storm , then pull Revival / Revenge and play Revenge, which should kill them no matter what life total they have

I appreciate that this appears to mostly be building off what you have, but you'll find that to be a difficult way to play. Online sellers like tcgplayer or your local gaming store can probably do a better job furnishing you with full playsets of cards you want. Realistically, as there aren't an enormous number of good merfolk, you'll want to get the max number of the good ones.

A critical consideration for this deck is that a new set is coming out very shortly, less than 2 weeks. We already know it contains some good merfolk, you can puruse the revealed cards here, and there are more to come. http://mythicspoiler.com/rix/ I'd suggest you wait before cementing your deck considerations. Silvergill Adept in particular will be an autoinclude at 4x, but there will likely be many fun options. Merfolk Mistbinder, which tappedout doesn't recognize yet because it's new, will also be something you will want 4x. You can check it out on that link.

On to deck building. Merfolk are an aggressive strategy. The kind of deck that's interested in playing those 1 mana 2/2s you have with Kumena's Speaker. Your cards should follow that model. Low cost, quick to close out a game. So unfortunately, that Jace isn't a great fit here. He's 6 mana and doesn't do much for your strategy. Jace is the kind of card you see in a control deck, which is playing the long game, trying to run the opponent out of resources, before closing with powerful big threats. Having aggressive cards alongside control fatties is usually a mistake. At most you might have it in the side board to combat control strategies that will take you into late game. It should also be noted that you have only 20 lands, making a 6 mana spell VERY ambitious. The same logic also applies to Fleet Swallower.

Working under the assumption that you follow my advice and make those cuts, then New Horizons is also quite unimpressive. It ramps you into a late game strategy that would no longer be a part of your deck. Your 3 drops should be powerful threats that kill the opponent or powerful removal cards to deny their strategy.

Then there are outright bad cards: Jade Guardian is 4 mana for 3 power. If it doesn't do something much more exciting, then that's a big nope. Same for Wind Strider. Creatures that have less power than their mana cost are usually not good for an agressive strategy. And even if you have 1 Jace in your deck, it wouldn't be enough to make Jace's Sentinel good. Same for Grasping Current; pretty mediocre with Jace, terrible without.

In about a week, the whole new set will be spoiled. Shortly after that happens, and the pro players and content producers have seen the cards, you can google what a standard merfolk list might include for ideas about how to construct your deck. That would probably be the best place to start, as brewing independently can be challenging for a new player.

Should I just take out Blossoming Defense and Shapers' Sanctuary for Jace, Ingenious Mind-Mage and Grasping Current?