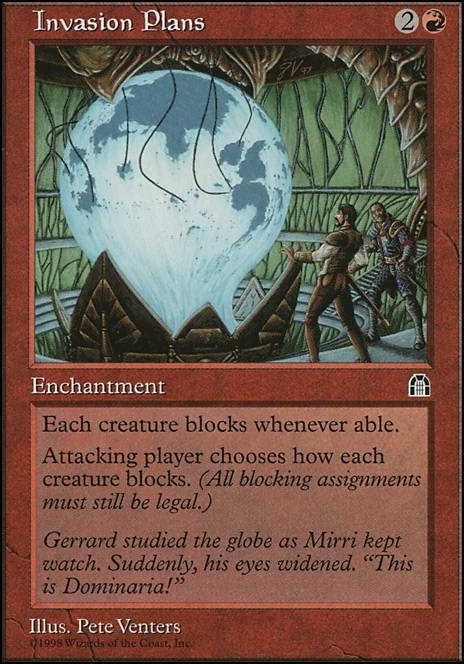 All creatures block each turn if able.

Instead of the defending player, the attacking player chooses how each creature blocks.

Master Warcraft , General Jarkeld , Invasion Plans , and Melee can all dictate combat to your favor.

I'm not going to look up all of these last ones, but find some ways to close the loop with your graveyard, either using creatures like Eternal Witness that you can swing with to draw more cards, or guys like Feldon of the Third Path that can make great early-game use out of big beaters you discard turn 4.

@SakuraStorm Ahhh I understand now, you want to win almost exclusively by your opponents beating each other up, you don't want to get your hands dirty! That's rad.

In that case I think Invasion Plans would be fun. Also Reconnaissance would allow you to opt out of your forced combat effects like Grand Melee (or you can allow your creatures to attack, then untap them with Recon after damage is dealt, essentially giving your dudes vigilance).