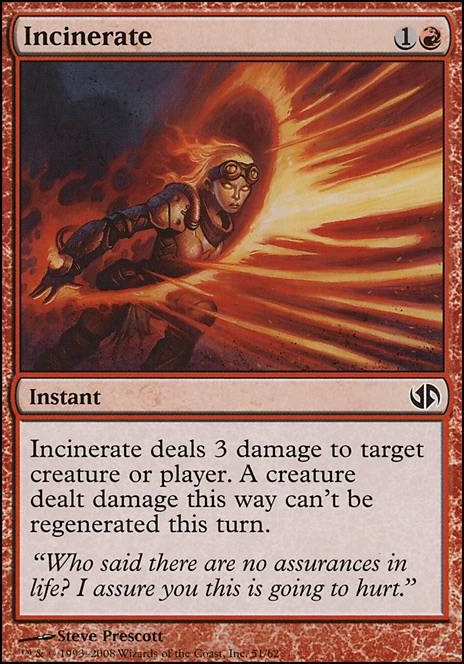 Chandra's deck...oh boy. This deck was the worst one for me. Not because of the cards that i had to get, but because of how bad the deck is in terms of lore. It was a creature-focused deck with Bloodthirst as its main mechanic, combat tricks and really bad burn spells. Chandra is a pyromancer! She likes to burn things herself, not pay mana to creatures to break things and then burn the remains. I've made a burn deck with cards that reward you if you use spells to replace that travesty. I also added some phoenixes in case you really want to kill Bolas with creatures. AT LEAST THE PHOENIXES MAKE SENSE! TWO WERE MADE BY HER OWN HANDS!