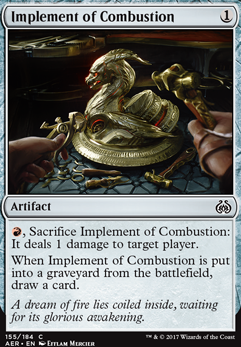 , Sacrifice Implement of Combustion: It deals 1 damage to target player.

When Implement of Combustion is put into a graveyard from the battlefield, draw a card. 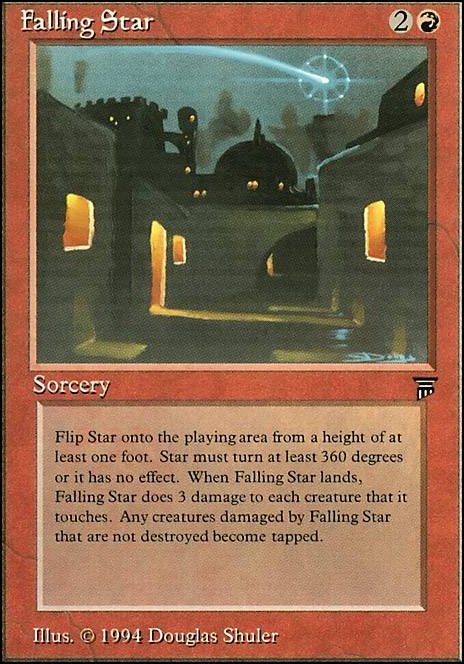 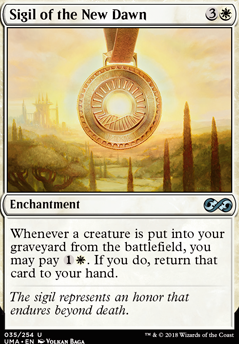 If you want something that doubles as a Mana source and finisher, then you may add some Guardian Idol to the mix. I've tried many different versions of this deck, and Implement of Combustion is a card you want to keep in consideration as well. A card that also worked for me is Staggershock which can take a couple critters out of the board, and if you decide to pack some more artifacts, then don't forget Galvanic Blast . Cheers

You might try Implement of Combustion instead of Pyrite Spellbomb - it will draw you a card when you sacrifice it to Vandal, Shrapnel Blast, etc.

You should try Implement of Combustion , Implement of Improvement and friends instead of flask, petal, vial and some number of Prophetic prism since they replace themselves when sacrificed, and they can sac themselves as well. Then some other suggestions are Scrapyard Salvo as a finisher (don't expect it to deal 20 dmg at once, but 7/8 dmg it's still good for 3cmc), Crack the Earth which is specially good in turns 1/2 since the opponents mostly have to sac lands or creatures when you sac a self replacing egg, Galvanic Blast , Reckless Fireweaver as your disciples 5-8 or even Firebrand Archer .

You could consider branching into a sort of Krark-Clan Ironworks deck if you swapped out some of your current cheap artifacts for ones that draw a card when they hit the grave like Implement of Ferocity, Implement of Combustion, Implement of Improvement, and Terrarion, that way you can churn through the deck even faster. If you do that you could throw in 1-2 Aetherflux Reservoir as a backup wincon and a way to be true storm. Could also consider Ensoul Artifact as another backup win con. Darksteel Citadel would fit nicely too since so few of your cards actually cost blue mana.

I am thinking replace Cathartic Reunion with Implement of Combustion. Shock is also up for consideration to be added to the deck or at least sideboard. Renegade Tactics isn't the worst card in the deck and actually has some use sometimes.

The Most Evil Deck in Modern

Also, as far as a card to add that can help you win, try Pyrite Spellbomb, Implement of Combustion, or Fireforger's Puzzleknot. They can be repeated with Academy Ruins to damage opponents to death. Might need to add some red to the manabase to pull it off, but it gives you an actual kill option.

I think you could go down some of your copies of Scrap Trawler for Foundry Inspector or Implement of Combustion. because you are always returning you artifacts with trawler and Myr Retriever there is no longer a consequence for your opponents to take the damage from Pia's Revolution and Athreos, God of Passage. If you make the artifacts themselves of more consequence then the opponents will actually need to take the damage. Otherwise you can just cut Athreos and Pia's and put in more artifact recursion.