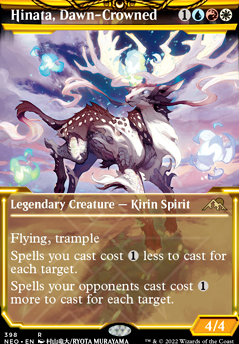 As one might expect, this deck is all about the Booty Of course I am referring to the wonderful thing known as Treasure. This Deck runs a secret commander in the way of Academy Manufacturer.

Step 1: Get the Dork. We are going to run multiple ways to bring the hard working assembly worker out to make sure we always get it out on the field. Magda, Brazen Outlaw, Trophy Mage, Reshape, Tamiyo's Journal, or Saheeli Rai and Trash for Treasure to recur it if it dies.

Step 2: Copy the Dork. Next we're gonna get a bit silly up in here and we're gonna make copies of the hard working robot and make our own Assembly line. Sculpting Steel, Mechanized Production, Saheeli's Artistry, and again Saheeli Rai putting in work here.

Step Meh?: Shit Didn't go our way. That's cool we got back up plans. Mechanized Production, Revel in Riches, or a very easy to pull offTime Sieve infinite turns.

Deck still isn't quite perfect and I think this is going to be one of the decks I decide to upgrade next. Any and all advice is quite appreciated. Big updates made and money put into the list. Mainly in the way of the mana base and some additional tutors.