A janky deck I want to make based around my favourite character in MTG, Chandra Nalaar! I originally planned for it to be a multiplayer based deck but I've switched tactics and made it more 1 v 1 in order to make the deck more flavourful than 'competitive'. If I am missing any notable Chandra based cards or cards that are better with Chandra planeswalkers please comment below so I can adjust accordingly! :)

Much like I have done with my Tribal Gideon Deck I have put this deck together with flavour being the top priority and so I have only used cards that either feature Chandra herself, people related to Chandra or just people close to her (hence the inclusions of Jaya Ballard, Taskmage, Jaya Ballard, Jaya, Venerated Firemage and Jaya's Immolating Inferno), as well as including the odd card from planes she's called home or has visited. Thankfully, since Chandra is one of the initial first 5 planeswalkers introduced all the way back in Lorwyn there has been plenty of cards/lore written for her, which made making this deck a hell of a lot easier than Gideon's did, however the problem I had with this deck was that I initially wanted to it be a multiplayer deck and whilst there are some cards that can target every opponent such as Chandra, Pyrogenius

and Chandra's Ignition in order for the deck to put up more of fight against multiple opponents I was adding in cards like Jokulhaups and Ruination, and whilst they are very powerful cards they didn't fit the theme I was aiming for when I started this deck, so I went back to the drawing board, and when I decided to simply make this a 1 V 1 deck everything just started clicking into place.

Switching to 1 V 1 meant that this deck could do what Chandra has always done best, burn things. A lot! and it just so happens that nearly every card that features Chandra is a targeted burn spell so I can usually finish the game pretty quickly using the plethora of Nalaar specialties at my disposal Collective Defiance, Exquisite Firecraft, Flames of the Firebrand, Furious Reprisal, Incendiary Flow, Chandra Ablaze, Chandra, Bold Pyromancer

and many, many more cards can burn my opponent directly in the face whilst cards such as Devour in Flames, Chandra's Revolution etc. can burn any creatures my opponent may have to a crisp before they can do anything about it!

But in recent years Chandra cards have been able to diversify and not all of them simply burn things away anymore, Chandra, Torch of Defiance and Chandra, Bold Pyromancer

still burn you sure, but they also produce mana which can be crucial in certain situations, not to mention we have Fiery Intervention and By Force as ways to remove artifacts and Cathartic Reunion is an amazing card filtering spell in red too!

Now, whilst there are plenty of cards that fit into this theme and feature Chandra, I was still left with a few slots left that needed to pad the deck out and so, again like with my Gideon Deck, I used cards from two planes that Chandra has called home at some point or another, Kaladesh (Her home plane) and Regatha (A plane she has called home on occasion and home to Keral Keep, the monastery that helped her control her pyromancy). Kaladesh was an easy choice to make, thanks to it being her home plane I managed to add in a little artifact sub theme with cards like her parents Pia and Kiran Nalaar and Pia Nalaar being able to bring in artifacts to protect or attack if needed and cards like Welding Sparks which is a burn spell that gets stronger with each artifact that I have out, these cards made for interesting additions to the deck but I think it turned out rather well. Regatha was one that was a little more difficult to add cards for, since it's a plane we haven't been to in a set I had to use cards from that plane that were printed in Magic Origins, so Abbot of Keral Keep and Embermaw Hellion made the cut and are also great additions to the game plan anyway.

Finally it wouldn't be a burn deck without a few damage doublers to speed up my opponents demise, so Furnace of Rath and Dictate of the Twin Gods were added in too, these are really just more flex slots though and if any Chandra cards ever come out that fill in these rolls they'll simply be replaced.

So that's my deck list and quick run down for Tribal Chandra, this is a fun deck that I like to use when I don't want to be cut throat and simply want to have a good time and this more than fits that role for me, if you like this deck then please don't forget to upvote and as I stated at the start if there are any additions to this deck that you would add then please don't hesitate to drop a comment and let me know about it! 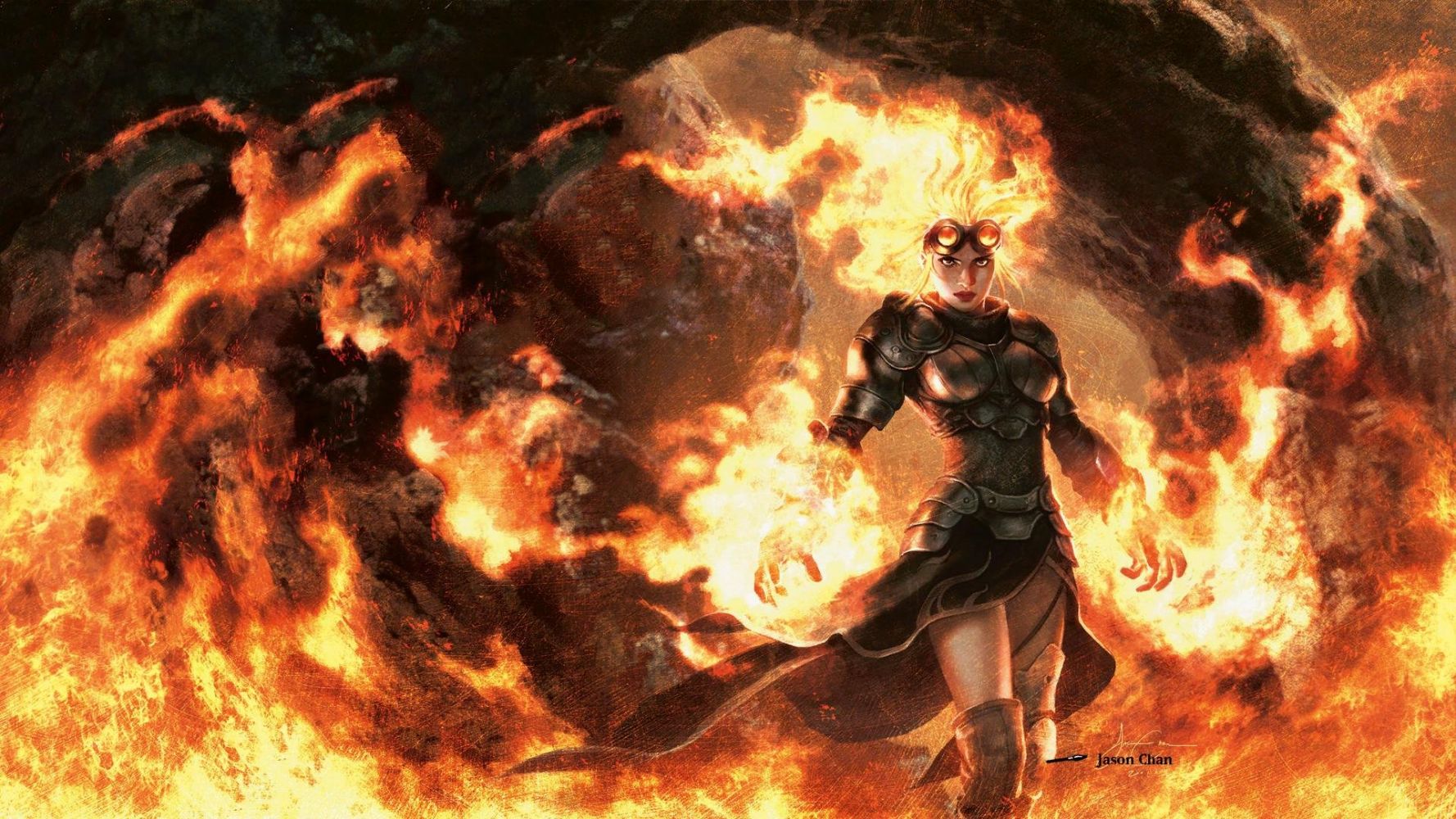 Although it's not out for another month I've already been spoiled with Core Set 2020 today with the reveal of 3 new Chandra cards! As they've already been added to the system I have added them to the deck, at least 2 of the new Chandra's might put up a fight in multiplayer games too so I may see how this deck could be changed for multiplayer again eventually. But for now let's wait and see what more lovely Chandra goodies we get with M20!

EDIT 1: I'll update this post with more cards as and when they get spoilt, I'll update the actual deck list when the full set is revealed so I'm not constantly changing things, so for now I've got Chandra's Regulator, Chandra's Embercat and Leyline of Combustion in my maybeboard.