The Maze Ith in Your Mind 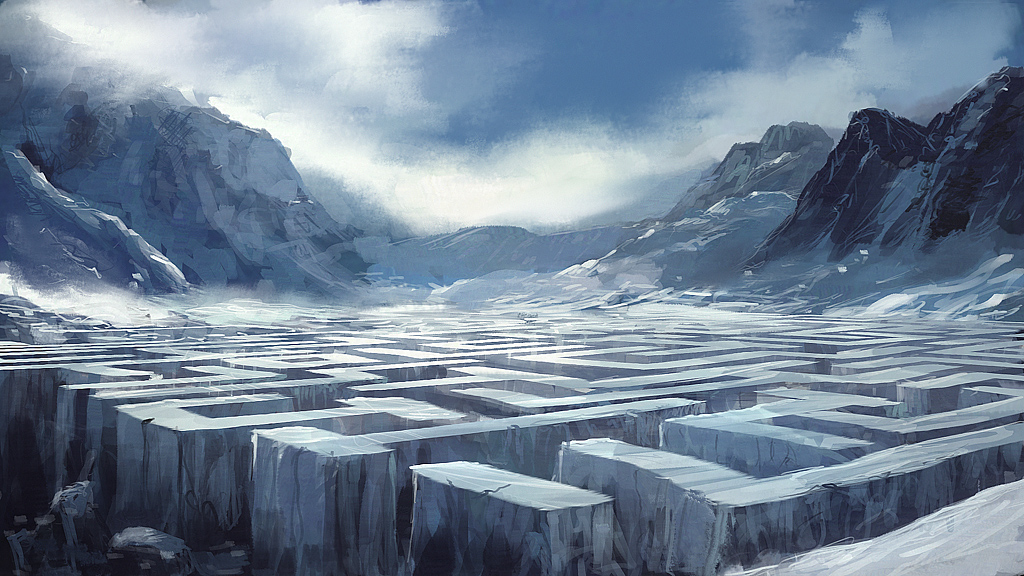 This Ith My Combo, there are many like it, but this one is mine.

Enter the Maze of Ith 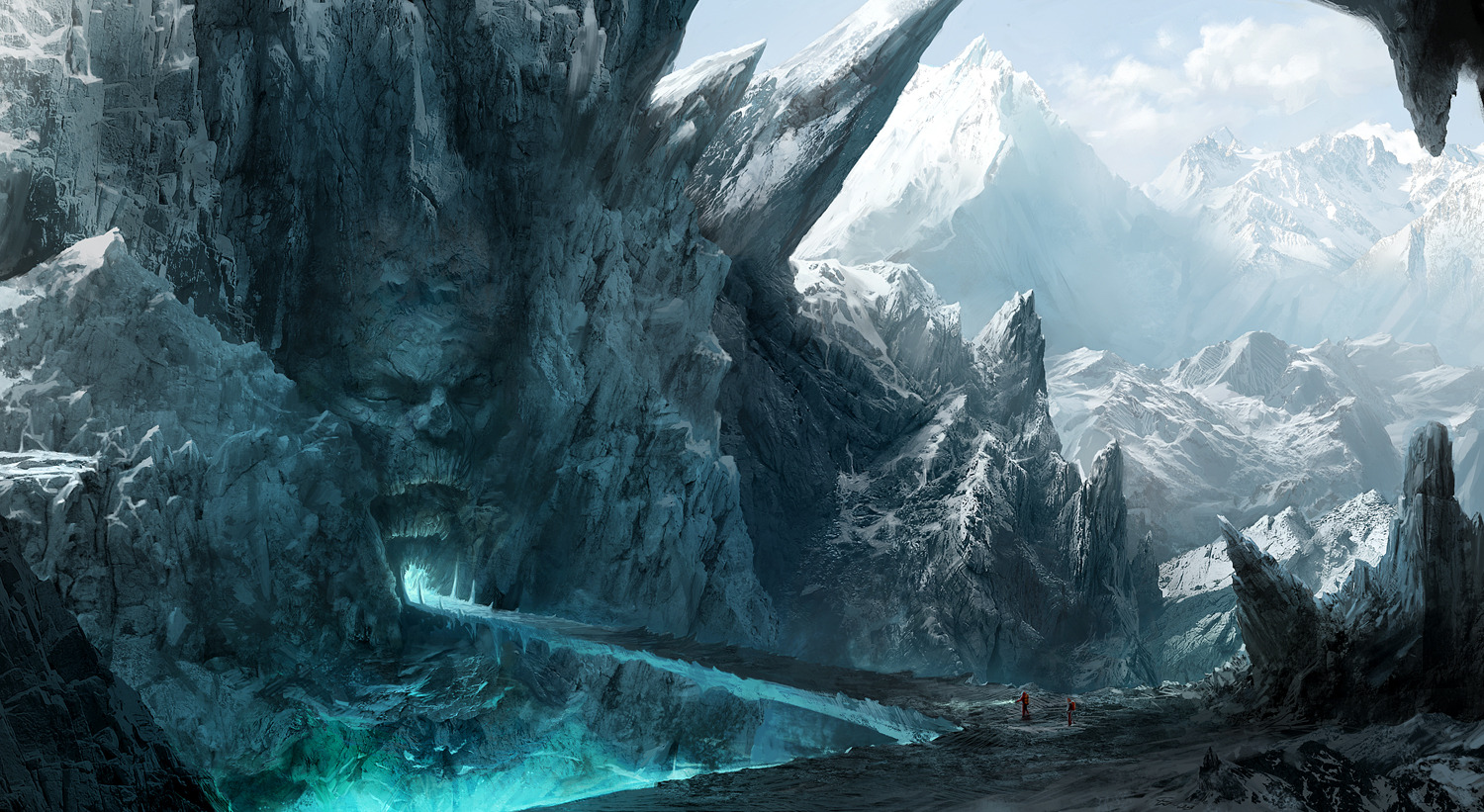 This deck continues my series of unconventional decks, using little-played generals to execute amazing and unforeseen endgames. This is a paradoxical deck: the win condition is actively not-winning. To add flavor to this, there are a number of cards with names containing the word "paradox" and there are other cards besides Ith that have suspend that fit the theme. This deck asks you to suspend your expectations for what an EDH deck or game are like, and hopefully see something new. 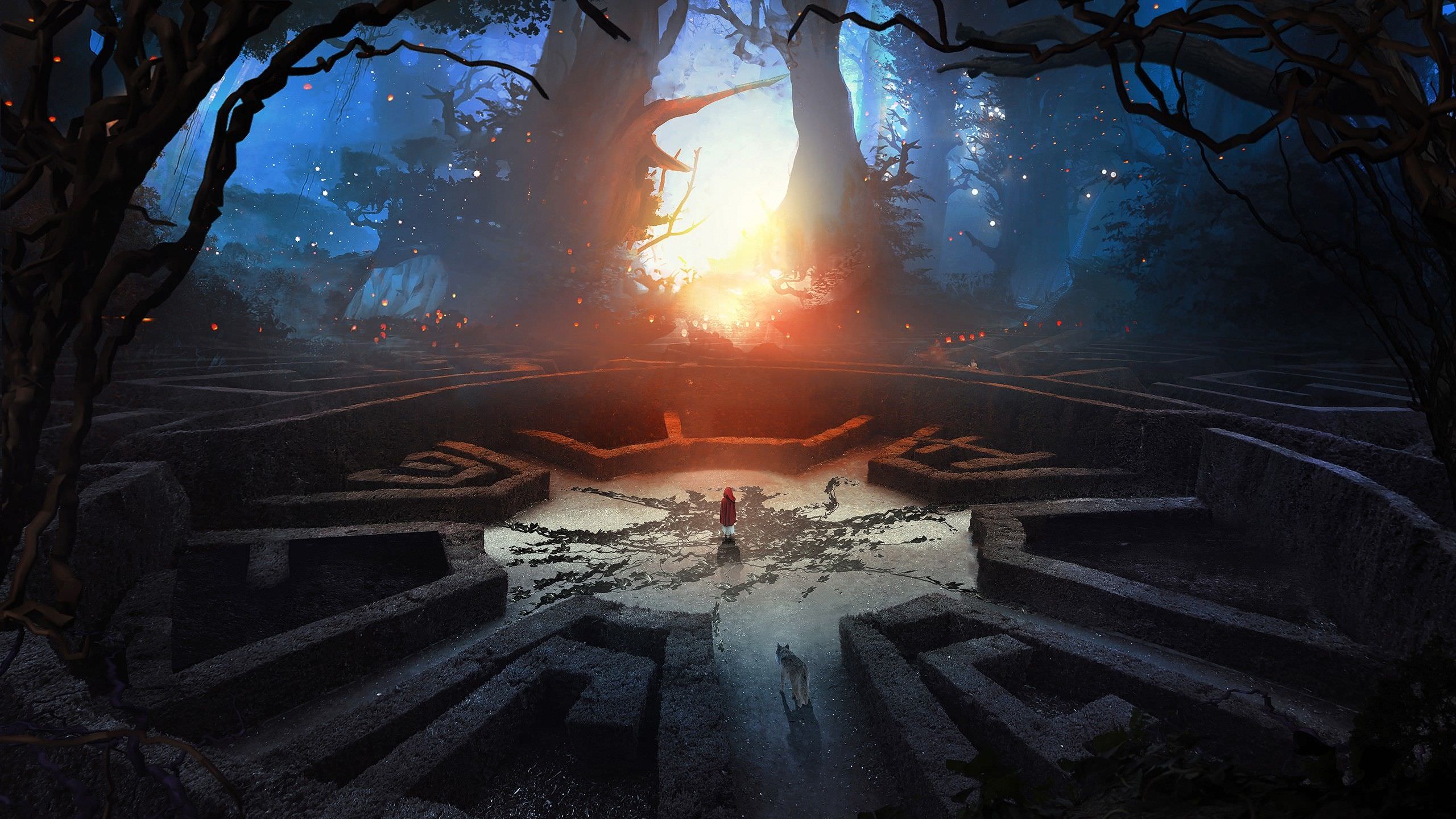 The Center of the Maze

The core interaction in this deck is between Ith, High Arcanist's ability and the activated abilities of the other creatures in the deck. Ith's ability doesn't remove them from combat, so it's possible to attack with another creature and twiddle Ith to abuse the other creature's ability. The obvious and infinite way to do this is just with Illusionist's Bracers because Ith can untap himself and each other attacking creature. This lets you exile infinite permanents with Mangara of Corondor, untap infinite permanents with Fatestitcher, draw infinite cards with Azami, Lady of Scrolls and so on. The point of the deck isn't necessarily to go infinite during combat as there's no way to execute a winning combo during that phase (besides Mangara), but rather to generate powerful effects via Ith's ability. Even just with Freed from the Real or Aura of Dominion, Ith can be very powerful. 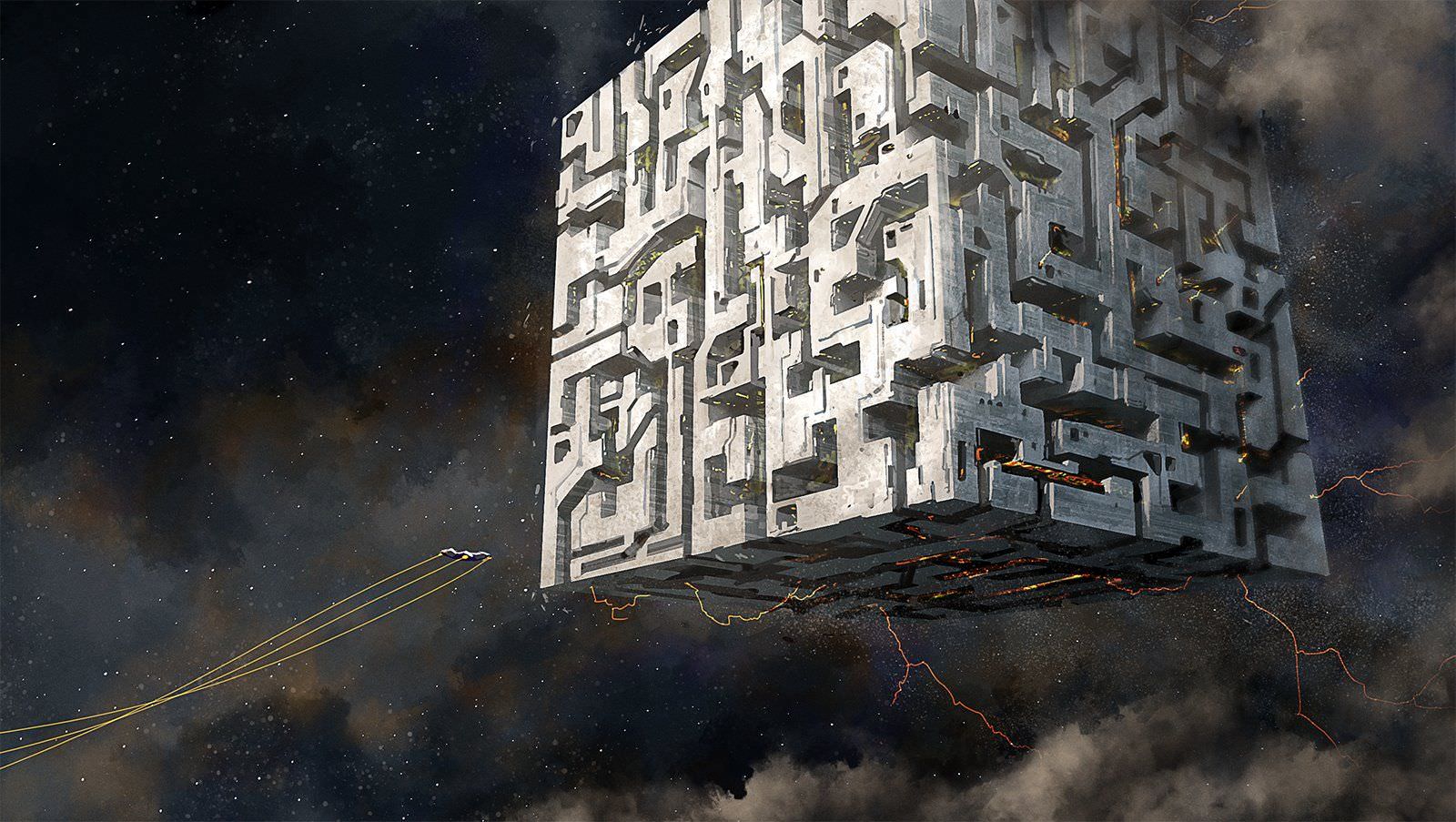 The Flavor of the Maze

The deck is themed around temporal manipulation; this doesn't mean taking extra turns in this case (as I find that to be a boringish way to win), but instead it references time counters, Suspend, phasing, and cards that specifically reference temporal manipulation like Time Spiral. I need a Jhoira's Timebug to manipulate time counters more, but As Foretold is a really neat card that actually has time counters on it as a permanent, and it allows you to cast free spells on other people's turns if they are instants or have flash, which is one reason why Teferi and Raff are in the deck. Chronomantic Escape is literally like an escape from time.

The paradox theme is referenced in the three cards ever printed with that word in the name, which all fit in the deck perfectly: Paradox Engine, Paradoxical Outcome, and Paradox Haze. The last fits great with the suspend cards, As Foretold, and Ith himself since you remove or put on time counters twice a turn. Engine has obvious great interactions with all the untap abilities as well as with the mana rocks. Outcome is just a great card to dig through the deck as well as save some permanents that may be endangered. 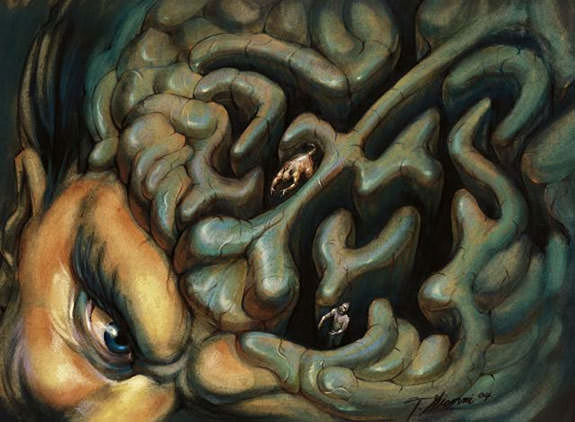 Exiting the Maze: the Endgame

The non-wincon is complex and multifaceted: it centers around Chronatog Totem and Teferi's Protection. First you need to have totem on the battlefield and then play Guile and Dovescape, which lets you make infinite creatures with a single non-creature spell. Then you need Taigam, Ojutai Master to make your instants uncounterable for the rest of the turn. Then, activate Chronatog Totem to make it a creature. Next, cast Mirrrorweave, targeting Chronatog Totem so you have infinite Chronatogs. Now you can skip infinite turns. Cast Teferi's Protection or Chronomantic Escape if you haven't drawn Teferi's Protection, and pass the turn. You should be protected from almost every way your opponents have to win outside of something like Laboratory Maniac or Ichor Rats. Even if you still lose to one of these wincons, you still executed the deck's gameplane, which is a win in my book.

Note on the non-wincon combo with Chronatog Totem and Mirrorweave: Iâm fairly certain that the way Layering and MtG rules work, each creature will become a copy of Chronatog Totem as it is printed, not as the creature-animated version. So you would have to tap infinite totems for mana to make half of them into creatures and then skip that many turns. Fortunately, infinity divided by 2 is still infinity. 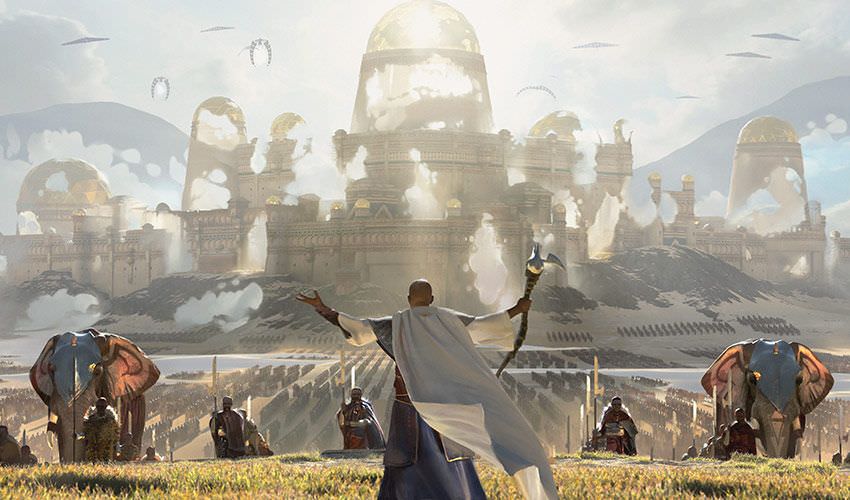 I had always thought that you could suspend at instant speed like it was an activated ability but it turns out you can only suspend a card according to the rules below:

115.2f A player who has a card with suspend in their hand may exile that card. This is a special action. A player can take this action any time they have priority, but only if they could begin to cast that card by putting it onto the stack.

702.61a Suspend is a keyword that represents three abilities. The first is a static ability that functions while the card with suspend is in a playerâs hand. The second and third are triggered abilities that function in the exile zone. âSuspend Nâ[cost]â means âIf you could begin to cast this card by putting it onto the stack from your hand, you may pay [cost] and exile it with N time counters on it. This action doesnât use the stack,â and âAt the beginning of your upkeep, if this card is suspended, remove a time counter from it,â and âWhen the last time counter is removed from this card, if itâs exiled, play it without paying its mana cost if able. If you canât, it remains exiled. If you cast a creature spell this way, it gains haste until you lose control of the spell or the permanent it becomes.â 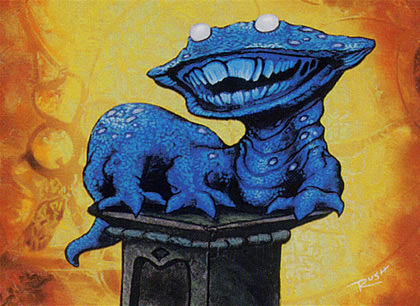