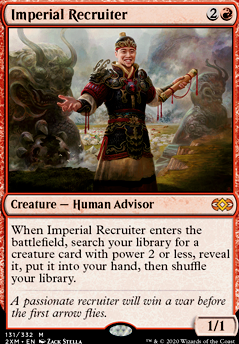 Aint got no gun, aint got no knife, don't you start no fight.

Welcome to the primer for TNT Sneak Attack

See Me Ride Out Of The Sunset: Introduction

TNT Sneak is a midrangey, highly resilient deck with a plethora of strategies and interlocking pieces that relies on a high volume of enabling lines in order to achieve a relatively simple end state. If you like keeping an eye on multiple variables but enjoy playing creature based decks that can throw down in the combat step, and just âdonât dieâ this one's for you. If you prefer more linear game plans that find one or two pieces asap, it might not fit your style.

What makes this deck so deadly is that it has action at all stages of the game. In the early game, if left unopposed, it will combo kill quickly. In the mid game it will establish a draw engine under a stax effect and begin to out value the table. If the game needs to go late, the stax pieces and concurrent combo lines begin to add up, weaving a web so that each new card drawn makes the deck more and more live. Opponents stopped your line once? No problem, having it in the grave just makes it more accessible. And with 30 creatures in the deck drawing cards with the help of your generals should be no problem. If Breakfast Hulk variants are the Incredible Flash of cedh, TNT Sneak is The Wolverine.

History of The Deck And Relevance To The Meta

This deck didnât just rise up in a vacuum and drew inspiration from many sources in order to reach its current form. With so many ideas bouncing off each other in mtg, getting a deckâs history down can be very useful for understanding its key strategies and how those change and evolve with new tech being printed. TNT has been around for a while now and has played a strange and special role in the background to the evolution of the format over the past couple of years.

Not long after getting deeper into competitive edh, Rockleemyhero and I jammed a game against an unknown tazri player and AstralCodex on an older version of Blood Pod modified with cards like Splinter Twin. Rocklee and I had been debating for a while about building a Kiki/ Twin deck but werenât sure where to go with it (sans white or sans blue) and this match would prove critical for us because even though he didnât win the match, Astralâs performance in game made a real impact. And with the unbanning of Protean Hulk at around the same time we decided to do our own Tymna Tana take. Protean Hulk has long and contentious history in MTG and when it was unbanned we were eager to brew with it. Hulk as an enabler for Kiki combos was quite enticing and better still both of those plans fit with a reanimator theme in their own right. This brought up the speed of the deck but it also brought more ideas with idea with it. Hulkâs Kiki lines need to run through Karmic Guide in order to reach their payoff, but Guide also has combos with lark and so we started experimenting with layering different combos. Another idea from Tw0handt0uchâs help brewing outside decks like kaalia which contributed the addition of Sneak Attack, a combo piece for both Hulk and Kiki Recruiter lines. This layering of combos came to shape the core piece of the deckâs philosophy, resilience. Having so many ways to enable overarching combos directly increased the chances of hitting live draws and gave the deck serious staying power as the game carried on, but the final piece of the puzzle came from researching the king of Tymna Tana decks, Imocâs Blood Pod. The light stax package from mana denial pushed Tymna as a draw engine to her full potential. At first we named the deck âBlood Twinâ in honor of that, but as we started to play with it more we coined a new term for the generals. TNT. That name has spiraled out to far more than just our build and now means much more for many players than just the pilots of this deck, and we couldnât be happier. Since then there has been many other changes and feedback. Examining Sickrobotâs Varolz Hulk build brought in Bodysnatcher Lines. Our four color take helped inspire Tw0hand0uchâs own Hulkball, which in turn inspired us to bring in Leonin Relic- Warder and Animate Dead as an additional Hulk combo, and then later we contributed back to theirs after playing around briefly with Redcap + Melira combos. Finally, Razakethâs printing and subsequent breaking by Shapersavant doubled the power of the Leonin line and turned it from a weird enabler we were messing with to a core combo piece. Our synthesis of Razaketh would again pay it back by helping former WUTL teammate make his sans red Raza Hulk deck Flashkats during a late night brewing between us and Lilbrudder.

While kept mostly quiet, Bad_Dog wanted to use this as his surprise teams deck, this brewâs history represents the positive interactions of creative feedback within the cEDH community and we are proud of the place it has held across that. It would not exist without the help and ideas of many other players, and we hope that the ideas here have been able to help back in their turn.

Cedh decks regularly try to fall into two specializations. Those which overwhelm opponents with speed and those that overwhelm with card advantage. These are powerful strategies because the longer a game goes on the more likely it is that you will have to deal with unknown variables and, aka risk. Having a deck which goes off quickly and reliably in the first few turns means that opponents will have seen less of their deck, and therefore have less chances of disrupting you. On the flipside, card advantage decks realize this dichotomy and instead try to see more of their deck first, giving them the tools to fight higher elements of risk at later stages of the game. TNT Sneak Attack follows a slightly different philosophy. Overwhelming opponents with threats.

So why Red and what makes it worth running over, say, Blue in a build like this?

Partially what makes this deck so strong is its resilience to fight through hate. We can win with the following line through cursed totem with sneak attack in play and hulk in hand, and RRRR sneak in hulk, hulk dies at end step. Grab reclamation sage and imperial recruiter. Sage blows up totem, recruiter gets kiki jiki. Kiki copies recruiter, grab Felidar Guardian. Make infinite copies with kiki. Use last copy to blink recruiter, grab zulaport cutthroat to win on the next end step.

Land drop made: 3 creatures + raz and 1 black mana. For each creature you need, it can be substituted by a land if you have access to 1 green mana as well. 3 tutors for dark ritual -> entomb (leonin or hulk) -> animate dead

COMPARED TO RAZAKATS LED LINE For razakats the requirements are: 1 creature, 2 lands, 1 G in pool

TnT is an adaptive combo deck that utilizes a network of intertwining combo cards that minimize wasted "dead" slots (each combo card is a valuable card outside of its combo lines) while simultaneously keeping an enormous density of 1 or 2 cards that can enable a game winning combo with ease. Because of this network of combo cards and lines, instead of listing 2 to 3 dozen optional lines, we've opted to funnel them into 5(?) primary ones. We will list them here for reference, then refer to them as "Combo line #" as the primer continues.

raz + 2 creatures + : sac creature to find Entomb . Cast entomb to find Leonin Relic-Warder . Sac 2nd creature to find Animate Dead . Cast and target Leonin Relic-Warder . Leonin Relic-Warder enters the battlefield and targets Animate Dead , which when exiled will send leonin back to the gy, which will return Animate Dead to the field, and rinse and repeat. You have an opportunity to sacrifice leonin to raz when his ability goes onto the stack. From there, you have infinite tutors with raz as long as you have the life to pay for it. It is important to note that do to the way the loop works (credit to shaper for finding this loop), all of the tutors go on the stack and do not resolve until you discontinue the loop either by having leonin exile a different artifact/enchantment upon etb OR targeting a different creature with Animate Dead .

Survival of the Fittest Lines:

"Survival of the Fittest Lines"

Survival is a toolbox enabler as well as a wincon in itself. Because these combos are mana intensive, they are best used when activated on your right opponent's end step to dump your combo into your graveyard, then proceed to go off with freshly untapped mana sources on your turn.

With a reanimate effect in hand, buried alive becomes another simple path to victory.