The great Samut, our grand warrior mother. Focused and furious, she strikes with tremendous speed. Willing to forfeit her vigilance for another. No wonder they all want to follow her lead. 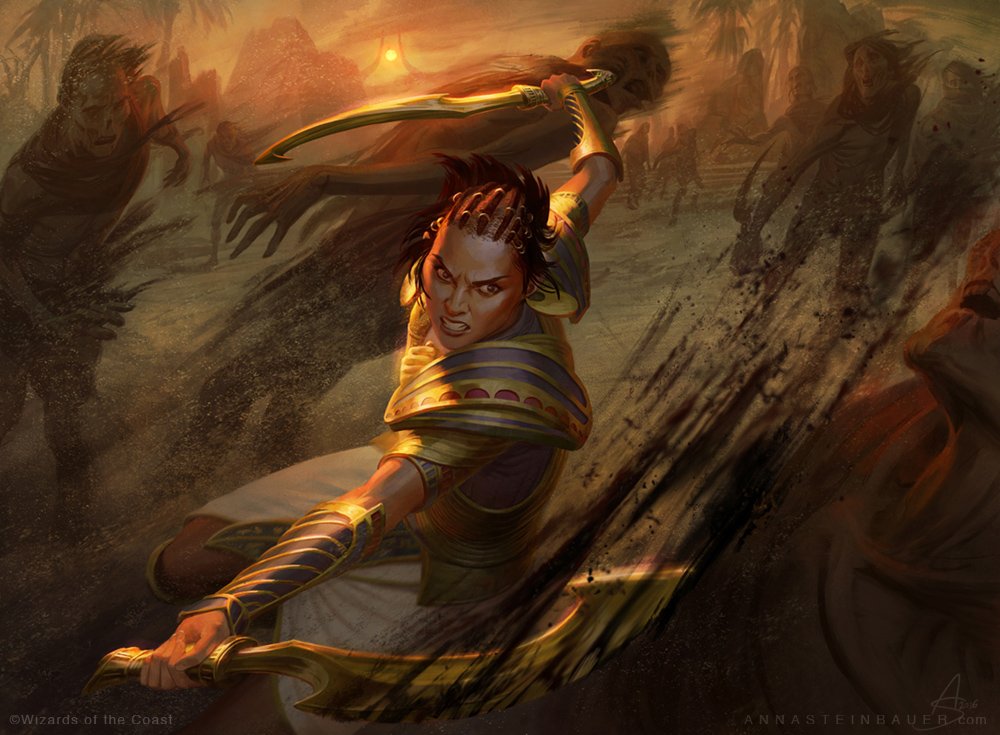 Hello there and welcome to my Samut, Voice of Dissent build

Samut is a card that speaks to me both because of its mechanics and its flavor. Samut is an example of a great leader, charging her team into battle, while remaining vigilant and helping others if they've let their guard down. Mechanically, giving everything haste and allowing another creature to untap led me to go for a combination of tap-untap-shennanigans as well as straight up aggro with big creatures.

With this list, I want to make use of Samut's abilities in a few different ways.

All taken together, this lets Samut create an army of synergistic utility creatures that can tap multiple times a turn, putting more of them into play than can be activated again right away, while also attacking with big beaters multiple times, leading to a wonderful synergy snowball of value and damage. 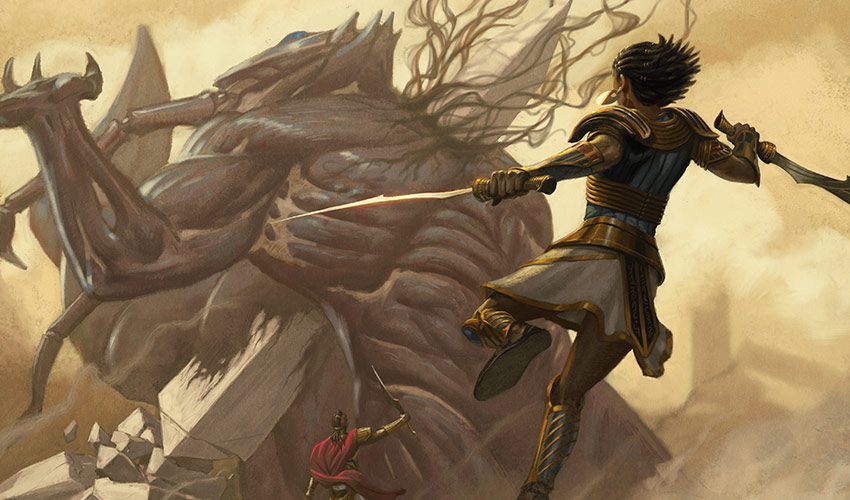 In the early game, we are trying to assemble a set of synergistic utility creatures to get us a lot of mana and to setup for the mid game. Getting out Samut on turn 4 should be easily achieved. Once we are in that position we can go for an explosive turn and get aggressive.

A great path to generate a lot of value in one turn is via the creatures that untap lands (like Argothian Elder) and those that put more lands into play (like Sakura-Tribe Scout). When you are able to activate these a few times a turn, you can get a decent amount of ramp quite fast. Lands like Gruul Turf and Lotus Field are great ways to multiply your mana and get crazy turns. These lands also synergize well with Weathered Wayfarer keeping our land count low enough for more activations. Ranger of Eos and Yisan, the Wanderer Bard help to get components of this engine into play more often.

Then there is Reconnaissance which has a weird ability that we can still use during combat Ã¡fter the combat damage has been dealt. This is already quite potent, giving our creatures pseudo-vigilance, but since Samut already has vigilance, we can also use Reconnaissance to activate Samut's ability twice a turn.

This is also the deck where Humble Defector can be abused well. Samut ensures a second activation before parting with it. However, given the many ways we can find lands with our tutors, Homeward Path is never far away, allowing us to draw 4 every turn. The new Sword of Hearth and Home can make the defector become loyal again as well, while also being able to untap our utility creatures or resetting Combat Celebrant by blinking them.

What keeps this deck from a big durdlefest is the speed at which we can get big impactful beaters on the field. Elvish Piper and Etali, Primal Storm provide some on-theme ways to flood the board. A lot of our beaters with an on-attack or on connect ability have flying, increasing the likelihood we are getting some of their great triggers.

Outside of combat, our tapping creatures can deal devastating blows. Mangara of Corondor's wording allows for multiple activations with our untappers. Add Kogla, the Titan Ape and save Mangara from his doom, doing it all over again. Intrepid Hero can machine-gun down big opposing creatures that are in the way of our attack, and Zacama, Primal Calamity can deal with almost anything in our way.

Getting multiple attacks a turn can also lead to the victory. It multiplies our the value we get via our utility creatures, gives us more triggers of our on-attack beaters, and gives us more damage. Buff creatures, like Pathbreaker Ibex can get pretty nuts with several attack phases. We can even get infinite attacks through Aggravated Assault and a few mana dorks or land-untappers (a similar route is possible through Kogla, the Titan Ape and Combat Celebrant). There are also a few cards here that make use of Samut's double strike ability, like Sword of Fire and Ice and Kessig Wolf Run, allowing the deck to kill off opponents via commander damage. 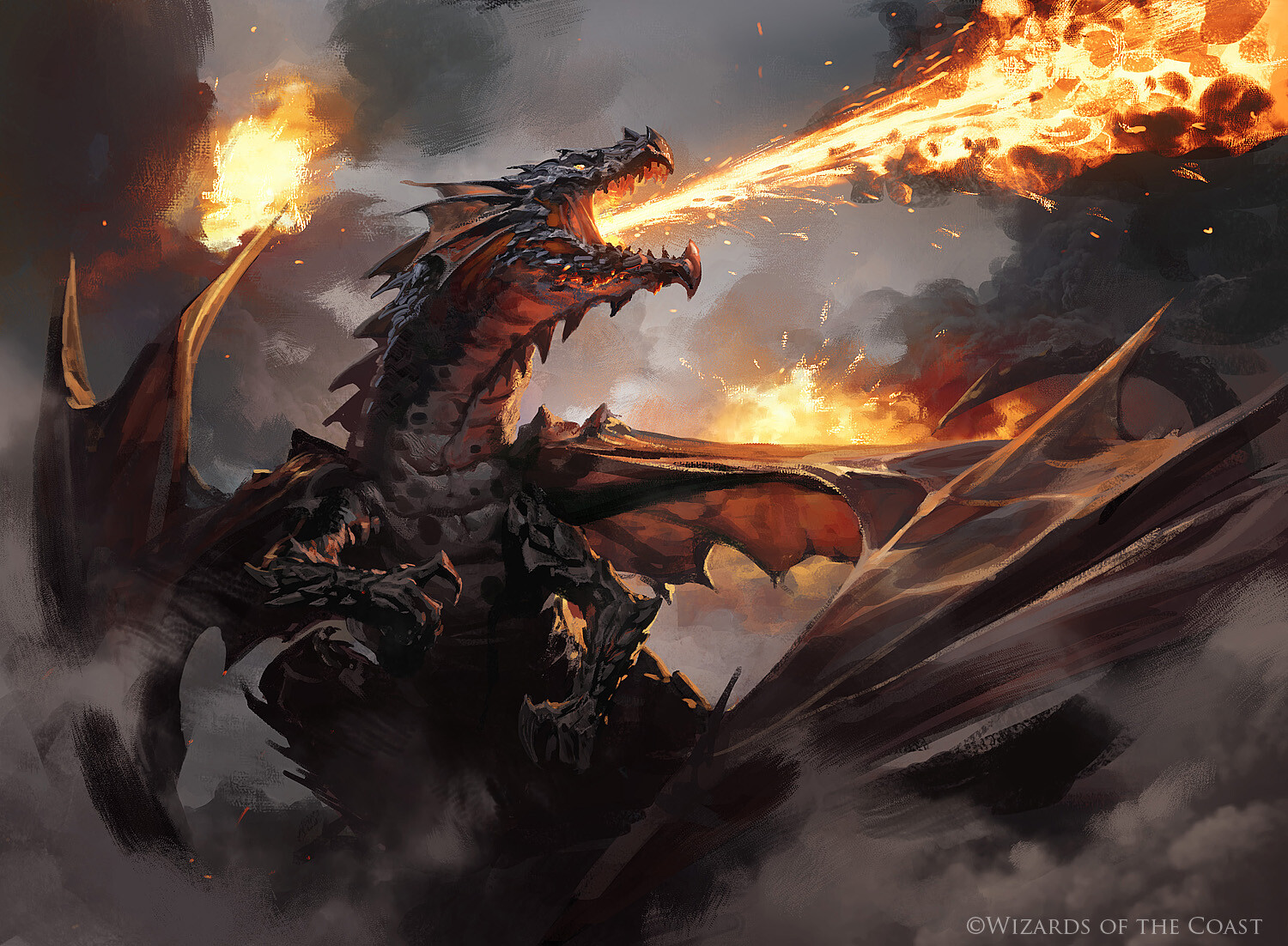 With the emphasis on creatures and the bursts of mana this deck can generate, it also turned out to be a great place to add Primal Surge. By activating a creature like Bloom Tender or land like Lotus Field multiple times, we can get to 10 mana quite early in the game, cheating out a big chunk of our library and, given Samut is in play, leading to a devastating attack immediately. This does put a clear build restriction on this deck, limiting the use of sorceries and instants. It also prevented me from adding draw options such as Guardian Project because those cards cause you to deck yourself a large part of the time when casting Primal Surge.

Given the many ways this deck commits to the board, we are going to need a few ways to protect that commitment. Selfless Spirit, Gaddock Teeg and Mother of Runes provide some on-board insurances, ensuring we can keep the attacks coming.

There are a few combo routes here that either generate infinite attack phases or infinite mana. There is also a couple of mana sinks in the deck to make use of all that mana.

With this deck I didn't went all out on competitiveness. For example I steered away from Kiki-Jiki, Mirror Breaker based win conditions and Iâve taken out Gaea's Cradle. Still, I do think this deck has turned out quite formidable regardless.

What if I don't have the budget for this list?

I think Samut is well suited to be built as a more budget-oriented deck. I made a version below that's a lot cheaper. This variant still contains the core characteristics of the build as explained above that make it fun to play.

Aggro isn't the most successful strategy for EDH, but accompanying it with ways to generate a lot of value makes Samut a very interesting commander for this play style. Please feel free to give me some tips on which cards to include to make this deck perform better.

Samut gets some nice new toys from the new Zendikar set. Here are my thoughts on the contenders: