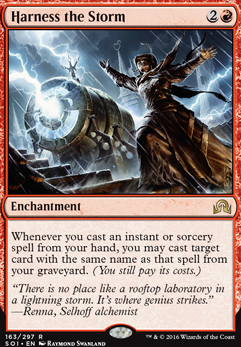 I read a review on Trip Advisor and decided to pack up the family station wagon and drive out to a nice little Bed & Breakfast called the Stensia Inn.

The same user also recommends a quaint little beet farm just outside Scranton, Pennsylvania, so if all goes well here that will be our next family getaway. 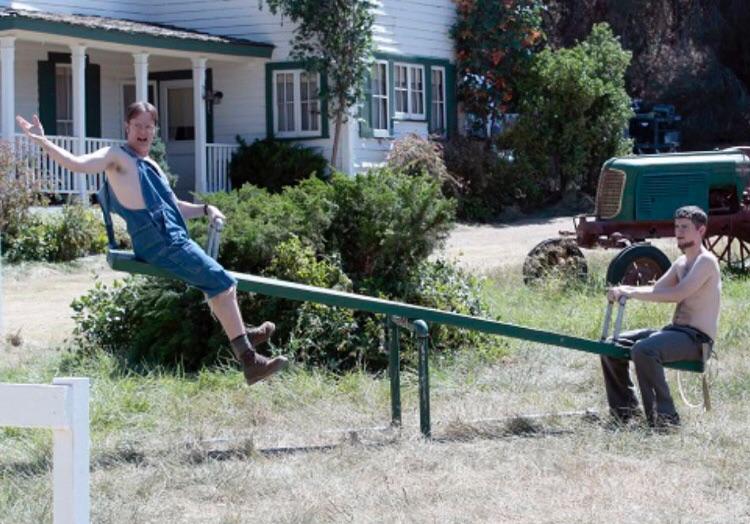 Weâre running Rakdos colors, with the balance tipped ever so slightly in favor of . Of special note is that we neednât be as concerned with mana symbols in the casting costs of our creatures so much as those found in our non-creature spells. That ratio is identical, making things considerably easier when calculating land types/counts.

â¢ Cavern of Souls pays the cover charge of any of our creatures; simply call out Vampire as the creature type.

â¢ Blood Crypt is on color and on theme. Pay nary a thought to letting it enter untapped, as we have a couple ways to earn back small amounts of life later on.

â¢ Bloodstained Mire will tutor up whichever land we need at the moment. Again, the incidental ping is irrelevant.

â¢ Blightstep Pathway Â  is here owing to user suggestions. I dropped the full playset of Cavern of Souls down to 2 copies to make room for 2 of this MDFC land. This makes a Turn 1 Thoughtseize that much more of a possibility, without losing value if this flip land happens to be drawn later in the game too. Special thanks to mlequesne and InzHornet4 for valuable input.

No, weâre not talking about Frankenberry, Booberry or Fruity Yummy Mummy. We mean to go over the vampires populating this build.

â¢ Bloodghast is a recurring headache for our opponent that will only become more aggressive after we chew through half their life points.

â¢ Sanguinary Mage was in contention with a few other vampires for a spot in the maindeck, but owing to the sheer amount of non-creature spells we run I opted to give her a try. As weâll soon see, our ability to cast instants and sorceries opens up dramatically after a certain pointâmaking the Prowess characteristic even more potent.

â¢ Vampire Nighthawk comes with some built in evasion in the form of flying, some pseudo-destruction with deathtouch, and a way to offset life loss incurred from our mana base due to lifelink. Stack a couple +1/+1âs on there from our lord, and this vampire becomes quite intimidating indeed.

An Ode to Blown Fuses

With artwork to make Colin Clive proud, Harness the Storm has major potential. Lucky for us, and are filled to bursting with cheap burn, discard and removal spells. The idea is to cast multiple cheap instants and sorceries in the opening turns, simultaneously whittling down the opponentâs resources and importantly getting spells into our graveyard, and then cast Harness the Storm (ideally Turn 3). From there, each time we cast another non-creature spell, odds are we can double cast one of its copies from our graveyard.

â¢ Lightning Bolt is just so perfect when taken advantage of with Harness the Storm âit evokes that classic scene with Colin Clive deliriously screaming as his Monster is given life. Cast one from your hand to zap a chump blocker, then cast another from your graveyard to chisel off 3 life points.

â¢ Lava Spike can help grind away our opponentâs life total, or perhaps more prudently to erase an annoying Planeswalker.

â¢ Cathartic Reunion / Thrill of Possibility were user suggestions that Iâd have to agree with. Both are great draw spells that permit us to dump cards we want in the graveyard, like Bloodghast . Theyâll keep our hand replenished and can be recast if necessary using Harness the Storm , so the well should never run dry.

â¢ Inquisition of Kozilek is a perfect Turn 1 play, and when it can be recast later on in multiples...itâs viciously effective. I went with this slightly worse version of Thoughtseize as I felt the 2 point life loss would be a bit difficult to compensate for, when weâre casting it a few times a turn. Better to be slightly limited than slightly...dead.

â¢ Surgical Extraction is guaranteed a home here. Pair this with the aforementioned card for a nice soft combo; force a valuable card to be discarded, follow up by extracting all 4 copies of it from the opponentâs deck, then repeat. As a bonus, the alternative casting cost can come in handy should we be tapped out on a given turn.

â¢Cast Harness the Storm and proceed to launch volley after volley of low costed spells, dealing direct damage, removing resources, and destroying threatsâall the while buffing Sanguinary Mage . Attack with her during that turnâs combat phase to inflict terminal Count Choculitis on our weakened opponent.

Instead of the usual stuff, Iâve elected to lean hard into the Harness the Storm idea and add supplementary spells that work with that engine.

â¢ Cling to Dust can help against other burn decks, and mightâjust mightâbe enough to offset a switcheroonie of Thoughtseize for Inquisition of Kozilek . Tough to gauge without a few games under my belt though.

â¢ Fatal Push would be ever so malicious to repeatedly abuse, and so itâs earned a place here. Imagine using Bloodstained Mire and then casting two copies of Fatal Push from your hand and 2 from your graveyard. Itâs idealistic, sure; but if the stars ever aligned for that play...wow.

â¢ Extirpate has a place here as well, since Iâm particularly fond of forcing a discard and then completely eradicating that possibility from ever happening. Itâs quite demoralizing.

â¢ Unearth was just added on a whim. I figure all our creatures are 3cmc or less so itâs a decent way to get a body in play if necessary. I may remove it if something much better comes along.

Note: Iâd like to work in Increasing Vengeance , but Iâm not certain itâll function the way Iâd think it would at first glance. Anyone with any pro tips regarding the way it would play, leave a comment. Much appreciated.

âCan you send out lightning bolts? Will they come and say to you, âHere we are!ââ