What do you mean, "that's not exactly what he said". You must have misheard... Hello there and welcome to my Dracogenius build.

This is not a highly competitive deck, but rather a more restrained list aiming to make a version of Niv-Mizzet that can be played in more casual settings, while still having strong control options and some combo potential and embracing the draw-go playstyle.

It's always my turn

For this deck I focussed on flash as the main theme, choosing instants over often stronger sorcery-equivalents, and adding cards that either have flash (e.g. Venser, Shaper Savant) or that give flash to other cards (e.g. Leyline of Anticipation), resulting into a deck that you can play almost entirely during your opponent's turns.

The ideal turn is untap-upkeep-draw-land-pass, leaving open all mana as long as possible. This enables a reactive playstyle and should also lead to a pillowfort-like effect: "don't mess with me, and I won't mess with you".

Playing reactively only works well with a lot of cards in hand, preferably cards that can serve multiple purposes (e.g. Muddle the Mixture, Crystal Shard, Mystic Confluence, Trinket Mage). In one word: options; so either many cards or cards that do many things. Preferably both.

So the deck waits to spend mana unless it's absolutely necessary, aims to control the game, and needs to draw a lot of cards. Niv-Mizzet, Dracogenius works perfectly with this playstyle, as he gives you a great mana-dump ability to either control the board or to increase your options. Ideally, you have an untapped mana base and a bunch of cards in hand, with Niv just sitting there, staring opponents in the face with his ability. If needed, you counter or destroy things that are an immediate threat to you. If not, you empty your mana at the eot of the previous player to fill up your hand.

The deck runs ways to enhance Niv's ability, such as Basilisk Collar. However, it's better to only use those combo's defensively and in moderation during the early and mid game. With this deck I try to be seen as someone not to mess with, not as the main threat of the game. They should learn to neglect the dragon but remember not to cross paths with him. So I don't play aggressively or provoke confrontations. The plan is to buy time instead; remaining passive and letting my opponents focus on each other.

The primary game plan is to last to the late game, when only a few players are remaining and a control strategy becomes a viable wincon, gathering the required tools along the way. The deck can generate control and value by abusing deathtouch with Niv-Mizzet or by using other board-control combo's (like Deathtouch/Polymorphist's Jest + Goblin Sharpshooter/Inferno Titan), by getting back instants from the grave (with cards like Archaeomancer or Snapcaster Mage), or by reusing ETB-creatures (via Crystal Shard or Deadeye Navigator). Once you have control, swing for the win with Niv (perhaps with some equipment on him) or with other heavy beaters.

Another way to win is to gather the pieces of one of the infinite mana combo's to ping off all opponents, but these are intentionally slow and are meant as a secondary wincon. I like it that all these pieces fit the deck well on their own, while resulting into the occasional ping-win.

I like Dracogenius because it is asking less so for a broken combo build than Niv's other versions. I also like that he has a mana-sink ping ability that works well with a draw-go playstyle. Although most people will probably disagree with me ;), I just like Dracogenius the best out of all Niv's incarnations.

I play commander with a set playgroup in a kitchentable setting. We have added one house rule: no infinite card combo's of 2 or less cards (like Tooth and Nail based combo's). We also try to keep a check on excessive stax or denial strategies. This usually enables that everyone has a chance to try out their creations and have some fun.

This deck was quite hard to get right: getting all the different themes in and still have a balanced deck that is not too powerful took quite some attempts and patience, but I'm very happy where this deck is at right now. Itâs a nice diversion from what I usually play.

About the deck themes

When making decks, I usually start with certain themes in mind that I want to build around. Afterwards, other smaller themes tend to emerge. These themes help me a great deal in making card choices: "how well does this card fit in one or more of the themes?". This deck ended up having themes that synergize well, but can also work independently from each other.

What I like about this deck is that it has many different angles. It doesn't cling to one theme or mechanic but instead the cards synergize with multiple themes, so there are always a lot of options at your disposal. 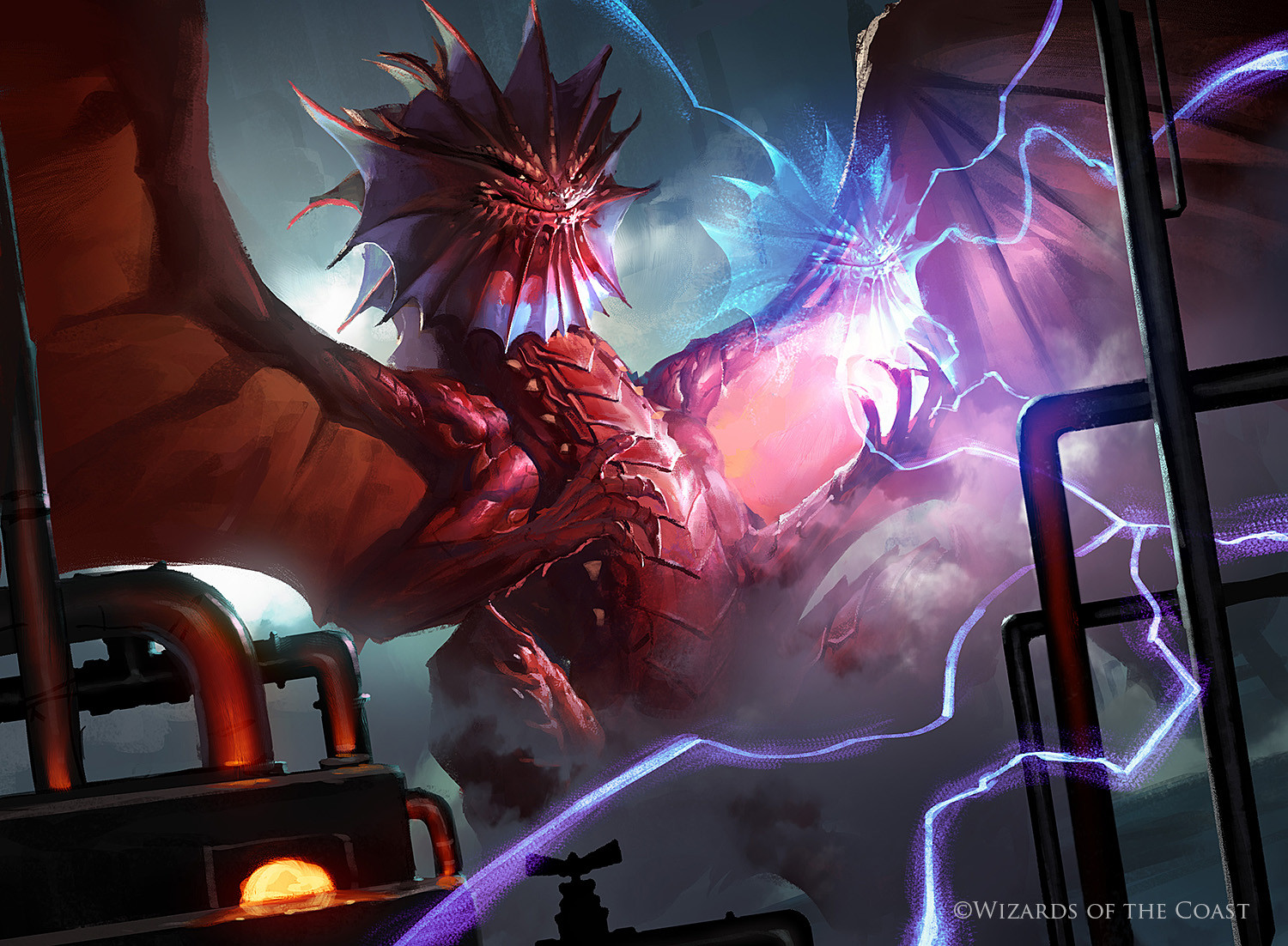 I really like the reactive play-style of the deck and being able to play anything whenever it suits you best. If you have tips or ideas how I could improve this deck while sticking to its themes, it is greatly appreciated. Please upvote if you like the deck, and let me know if you have any suggestions!

Dockside Extortionist, what a wonderful card. I'm almost tempted to build a deck around treasures ;). For now, it will sit nicely here in Niv-Mizzet, where it can serve as a ramp card that can be blinked or bounced. It can also generate us infinite colored mana when combined with Deadeye Navigator and can be found using Muddle the Mixture.

I'm also adding Arcane Signet here once it's out. Another nice 2 cmc rock that generates colored mana. Castle Vantress provides this deck with another thing to do EOT without much of a cost in terms of deckbuilding.

A Plague of Locusts