Literally every card in this deck with at least one foil printing is present.

Only 3 cards in this deck currently have no foil printing, because it was either...

a) Too old, and is unlikely to ever be reprinted (Dakmor Sorceress/Sima Yi, Wei Field Marshal), and triple goes for Hatred due to being on the Reserved List...

The possibility of getting reprints of the latter two (Jet Medallion & Deadly Rollick) in a future 'Commander Legends' isn't out of the the question. I just wouldn't hold my breath for the two oldy-moldy Swamp monsters (Dakmor Sorceress/Sima Yi, Wei Field Marshal) to ever see the light of day ever again.

And finally to reiterate; Hatred is on the Reserved List (and wasn't one of the 2010 DCI reprints, like Thawing Glaciers

is the only foil printing w/ flavortext..

is out because the lack of flavortext, when other foil printings exist that do..

At some point in the future, I may acquire a Mana Crypt

Beyond that, the only final upgrades to the deck is to acquire the Kaladesh Masterpiece printings of Solemn Simulacrum

The Squrriel Master is getting out on parole today....

That means he ainât gonna be around to protect you no more......

You know what that means for you, right!?!

Your friends better prepare to gargle on Yargleâs prison-herpes, while heâs tearing them up with a Nasty-Nate Corner-Rape Combo Beatdown!! 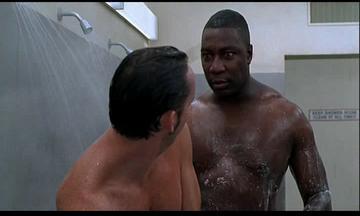 Yargle donât care what your life total is! With a big, stupid creature (âHis only ability is flavor!â) comes a simple, straightforward strategy: Hulk-up & SMASH!!

Yargle comes out of the gate swinging for a minimum of 9 Commander-damage to begin with (1-hit KO w/ Tainted Strike), and he only gets bigger (and harder to deal with) as the game progresses.. For example, the combination of Hammer of Nazahn & Champion's Helm alone is enough to strike Fear into the rest of the table... (and cause players to scoop)..

Step-1: Play any & all Mana-ramp first, whatever defensive measures available come immediately after, followed by Equipments.. Defensive measures also include using targeted removal & board wipes with authority to establish a degree of dominance, by creating the Fear of violent retaliation by Nasty Nate..

(Bottom line, this deck wants to be able to produce 5~7+ Mana as soon as possible)..

Step-2: When the moment is right: power out Yargle loaded-up with keyword-salad, and savagely take out the (next) most threatening player at the table in 1-2 swings; regardless of whatever they think their so-called âlife-totalâ is.. Weâre only counting to 21 or 10, period..

Step-3: Rinse & repeat until GG.. Donât be surprised if the last opponent scoops after their draw step.. lol

Early game Mana-ramp is also great for keeping up with potential Commander Taxes, along with any associated re-equip costs, as well as other tax-effects like Propaganda & Rhystic Study, etc..

I once attacked the Mono-Blue Control (Arcanis the Omnipotent) player midway into a 6-player game, forcing him to Overload Cyclonic Rift and bounce the entire board, only for me to just casually replay my entire hand, Hammer of Nazahn equipping everything for free along the way. I later won that game too..

(But IF for some reason Yargle does get effectively hated out of the game... he has homies)..

Step-4: Continue to Mana-ramp into scaling creature threats (Korlash, Heir to Blackblade, Lashwrithe, etc.) that can also wield Equipments and/or Infect enablers quite nicely themselves..

(A Inkmoth Nexus with a few equipments can quietly come out of nowhere and dramatically change the course of the game as well)..

Upon first seeing the official Yargle, Glutton of Urborg spoiler, I knew that the Meme-experience that is Yargle was going to become my next Commander deck. And so the epic Voltron-Meme deck was born, and it was good...

However over the course of playing and refining, off & on for over a year or so, I had eventually painted myself into corner. This led to me (temporary) stripping this down and turning it into a Korlash, Heir to Blackblade deck. But Korlash just never hit as hard as Yargle, and in the end just wasn't as strong overall...

Then the Happy Yargle Day Secret Lair came out. This inspired me to reconvert this back into a Yargle deck, so I would have a proper home for my shiny copy of Fatal Push

The primary difference from the original build(s) is that I had largely retained the heavy emphasis on "hard" Ramp > Mana Rocks, and the general Swamp-based subtheme from the Korlash build. Not only has this made a Mono-Colored deckâs Mana even more consistent, but also made said Mana safe from things like Vandalblast, et al. I also subtracted many of the superfluous thematic elements, and the Snow-Covered Swamp

s (which I Donated to my Konrad deck. )

Both of these decisions were interrelated, and the reason was two-fold..

(I instead opted for sources of explosive card draw and raw, consistent value with minimal redundancy)..

(Opposition Agents can appear out in the wild too)..

The straight Aggro nature of Nasty Nate (Yargle) isnât likely to make you any friends to begin with, but once the table discovers the presence of Infect, youâll invariably become enemy #1..

Apologize for nothing, embrace the infamy, and channel your inner-Nasty Nate!