Life's a Bitch, Then You Die.

"This hurts me as much as it hurts you." -Marchesa 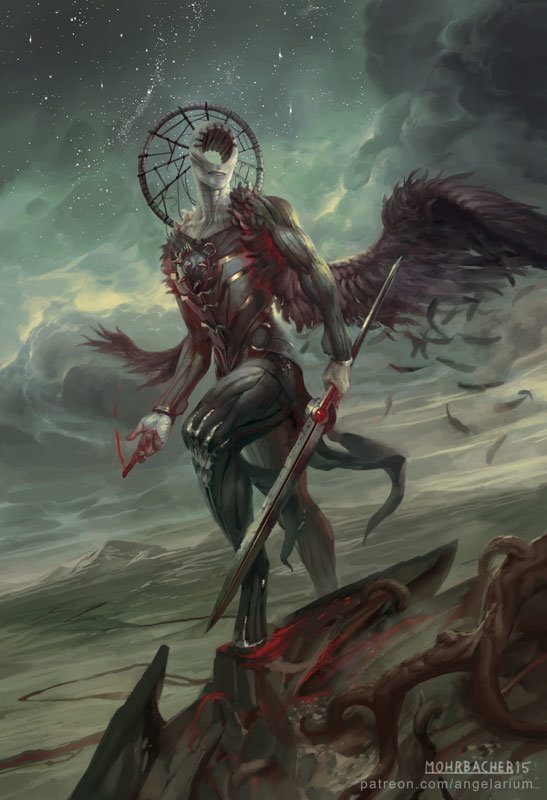 This is a defensively oriented suicide deck. It is designed to reduce your opponents life total very quickly without killing them. However, once you get someone below 10 life, will the other players turn on them? How long will someone sit at one life before taking Juliet's medicine in despair? Random chances of players dying to minor damage effects increase the suspense. Strike the final blow only when necessary.

Life gain is incidental: the goal is to race towards death with abandon, dragging your opponents down with you, knowing you have the tools to cheat it in the end. The fun begins when you start swapping players' life totals, either with Tainted Remedy in play or after sandbagging your own life... Or simply take the entire table to the brink before Tragic Arrogance or Mythos of Snapdax create a very cutthroat environment which favors you. Combo kill cards like Wound Reflection and Phyrexian Unlife end things too quickly. Make your enemies suffer.

Queen Marchesa was chosen as the commander for both her colors and draw mechanic. This is not a 'monarch' themed deck, but it will be painful for anyone to seize the crown or keep it. Her suicidal assassin tokens are far more threatening when life is suddenly at a premium. Kambal, Consul of Allocation, Athreos, God of Passage, and Archangel Avacyn Â  were all chosen for their ability to hold players hostage. I had Kaervek the Merciless in the original list, but I'm not interested in creating a hard lock to end the game.

I tend to deliberately limit tutors beyond mana fixing, preferring lots of card draw for less scripted games. I will be using this deck mostly to play a variant of EDH called Kingdoms. So far Rakdos Charm is my favorite win condition. I feel I should mention Treasonous Ogre: it is an all-star combo piece, and as an uncommon from a set that saw limited distribution it is difficult to find. Get a copy soon.

Out: Erebos, God of the Dead, Windborn Muse, Urabrask the Hidden

In: Mangara, the Diplomat, Vito, Thorn of the Dusk Rose, Brash Taunter

Mangara is a unique form of draw/pillow fort, and Vito let's me target multiple players for my assassination attempts. Sometimes Erebos interferes with life swap mechanics, and I wanted to remove a piece of defense since I was adding new one. Taunter seems better in almost every way to Stuffy Doll and adds a wincon.