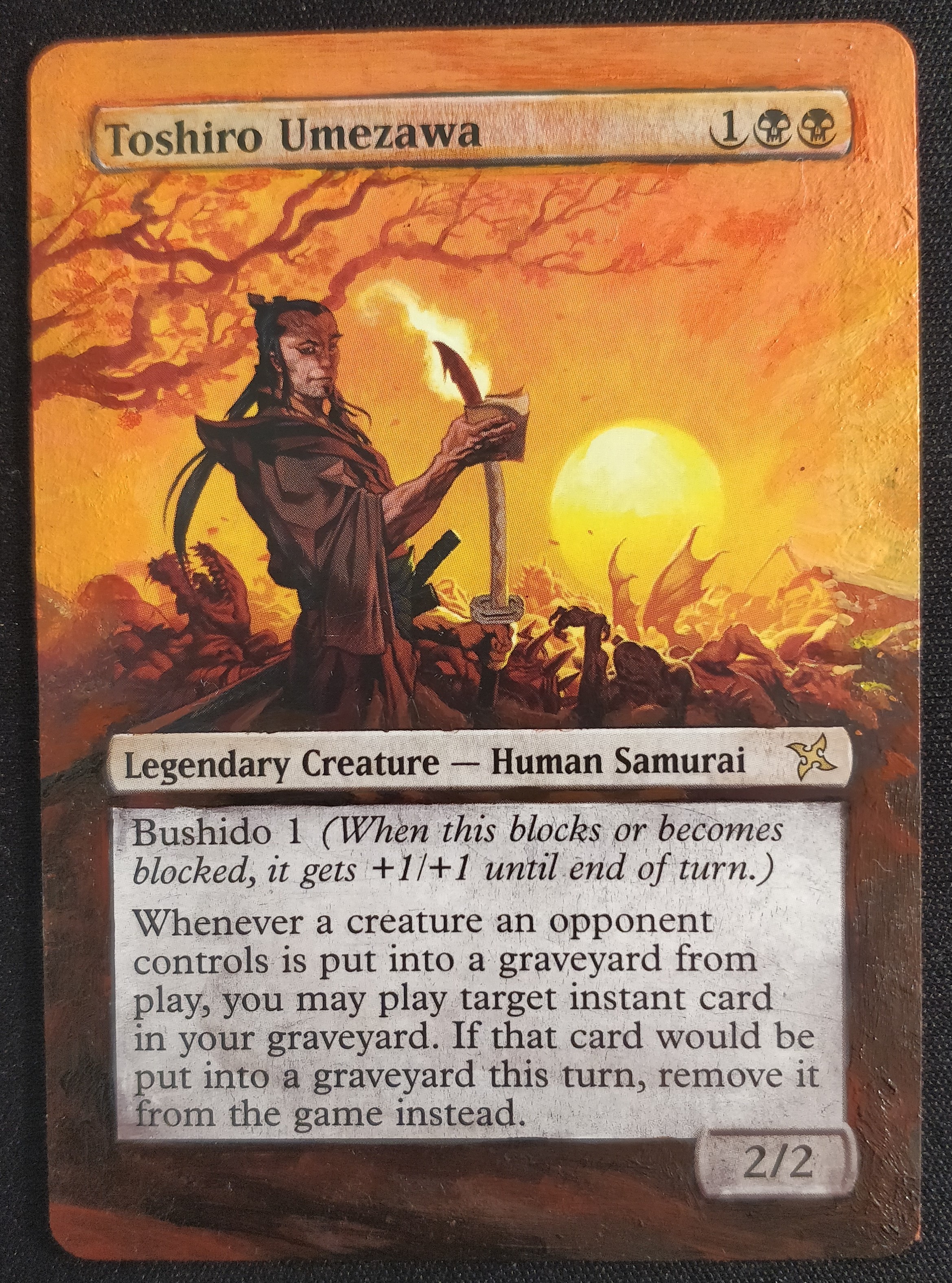 Toshiro Umezawa is my favorite commander deck. I love mono black; the aesthetics, the color philosophy, and most of all, this deck's play style. I find it rewarding to win matches with this deck.

Toshiro as your commander encourages you to accrue value through replaying instants when your opponents' creatures die. This allows some really cool interactions where you can chain removal spells into draw spells. To me, it made me feel like a control deck was the way to go. Once I have the board state I want, I can tutor up whatever card I think will win the game or get me ahead.

I wanted the deck to have a feeling of âGreatness, at any cost.â

Lore summary for anyone who is interested: Toshiro Umezawa was a ronin samurai and kanji magician on the plane Kamigawa, who used his powers to trick and manipulate his enemies. Myoin of Night's Reach entrusted Toshiro to steal That Which Was Taken and keep it away from O-Kagachi. However, Toshiro used That Which Was Taken to bind a mortal woman Michiko Konda and a kami Kyodai into Sisters of Flesh and Spirit, who had defeated O-Kagachi, ending the Spirit War. Later, Toshiro was fatally stabbed, and Myokin of Night's Reach, having forgiven Toshiro's betrayal, spares his life. However, he was transported to Dominaria and had his eyesight taken away from him. Many years later, his ancestor Tetsuo Umezawa would go on to defeat Nicol Bolas in the time of the Mirage War.

Hippity Hoppity get off of my property

Erebos God of the Dead